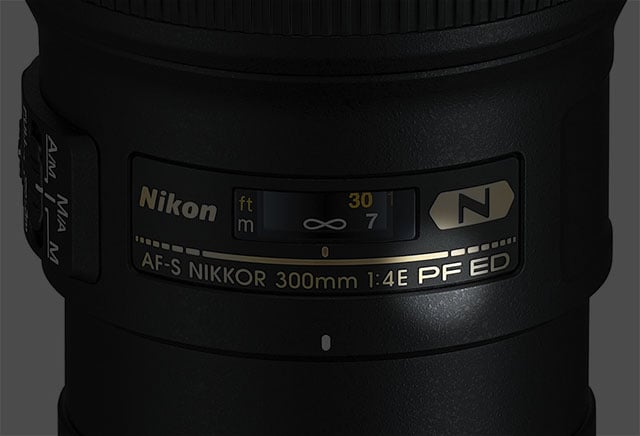 The lens is 1.5 pounds lighter and 30% shorter than its predecessor. 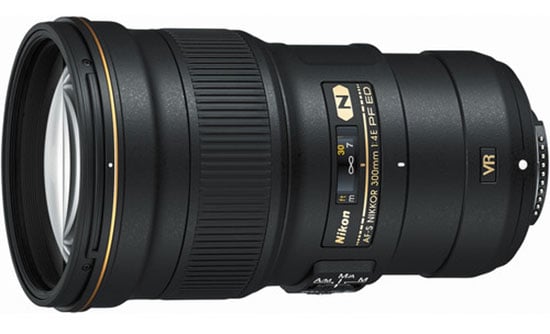 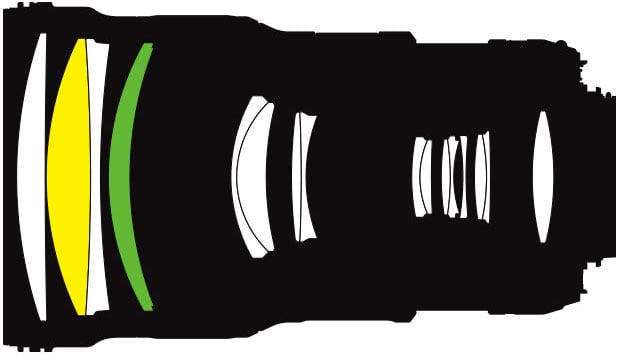 The design allows the construction of lenses of large aperture and short focal length without the mass and volume of material that would be required by a lens of conventional design. A Fresnel lens can be made much thinner than a comparable conventional lens, in some cases taking the form of a flat sheet.

Chromatic aberration occurs when a lens fails to focus all colors to the same convergence point. You’ll notice it as fringes of color in places of your photographs where dark and light areas meet. Here’s an example of a photo showing noticeable chromatic aberration:

Here’s a diagram showing how a Phase Fresnel lens element can be combined with a normal glass lens element to reduce chromatic aberration through “mutual cancellation,” causing the different colors to converge at the same point: 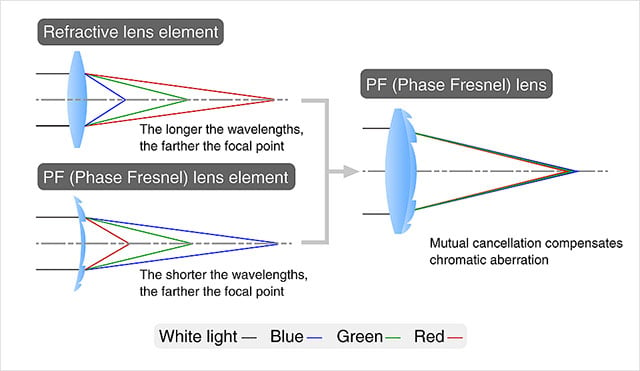 One of the main downsides of including a Phase Fresnel lens element is that it can cause colorful ring-shaped flares when strong light sources are inside or just outside a frame: 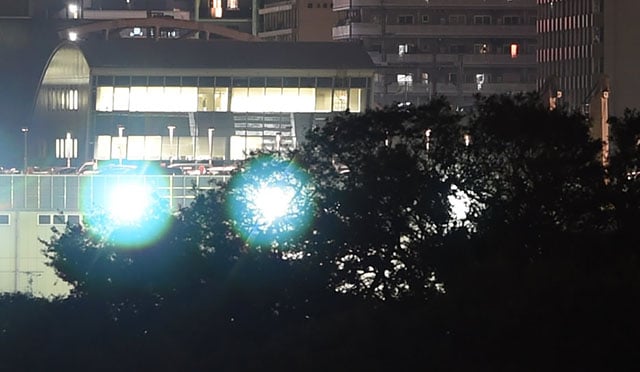 To address this issue, Nikon is including a new feature inside its Capture NX-D RAW processing software called “PF Flare Control.” The feature can minimize the appearance of this PF flaring: 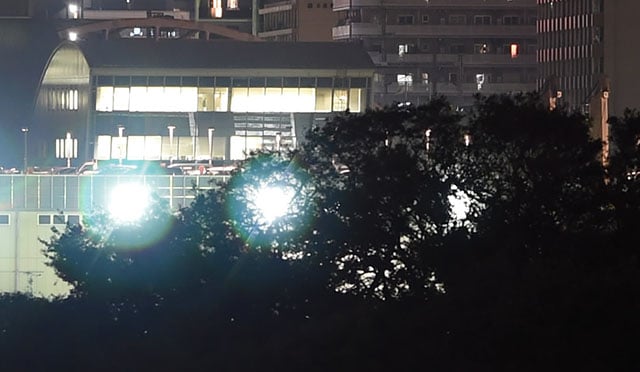 It will be interesting to see whether photographers can work around this flare issue enough to embrace this new lens technology.

A Movie That Finally Gets Image Enhancing Right