After buying the new EOS R, Canon’s first full-frame mirrorless, photographer Michael Andrew of Michael the Maven was disappointed by the camera usability. Here’s an 11-minute video in which Michael points out the things in the EOS R that drove him crazy.

“Usability is the number of steps, button presses and options to change certain settings,” Michael writes. “If you are really interested in getting an EOS R, watch this carefully to understand what you are in for in terms of basic operations like changing your focusing squares or going back and forth from your modes.

While Michael loves certain features of the camera (e.g. the grip, monitor, Q screen menu system), he was frustrated by simple feature and setting changes requiring unnecessary steps that could have been simplified through better design.

For example, changing your shooting mode (e.g. Auto, Program, Av, Tv, M) is done through pressing the Mode button, selecting your desired mode on the touchscreen, and then closing out of the Shooting Mode screen. An analog mode dial like what’s found on most DSLRs would have greatly simplified this task into a single step. 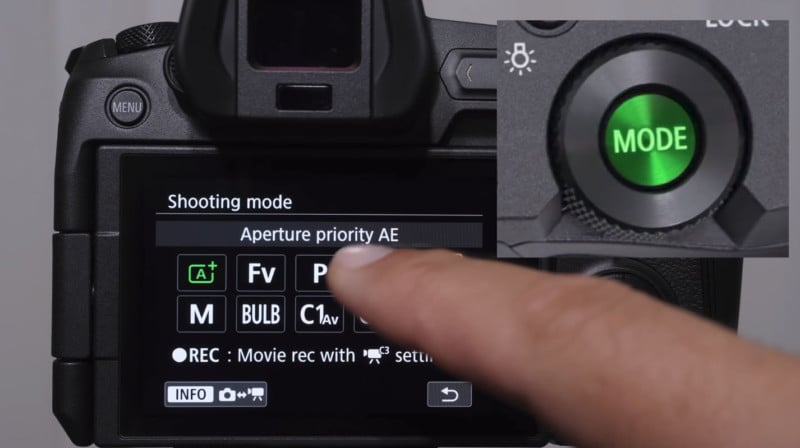 Many other commonly-used features have the same issue, Michael says. Instead of simple, dedicated physical controls for selecting and adjusting things, things are accessed through unnecessary button presses, dial turns, and screen touches.

By comparison, the Nikon Z7 has the dedicated controls not found in the Canon EOS R. Things like a dedicated mode dial, dedicated ISO, dedicated exposure compensation, a joystick, dedicated Drive button, and more.

The Canon EOS R isn’t Canon’s top-of-the-line full-frame mirrorless camera — that one will be announced sometime in 2019, and it’ll be interesting to see whether it has a different physical design and interface. The lower-end Nikon Z6 shares the same physical design (and thus usability superiority) as the $3,396 Z7, and it’s priced at $1,996 compared to $2,299 for the Canon EOS R.

(via Michael The Maven via Nikon Rumors)

This Music Video Was Made with 2,250 Printed Photos