When I read or watch reviews of lenses by folks in the photographic community, it often seems like one of the most important qualities to them is how the lens renders bokeh. It’s often made me wonder, do we sometimes forget that bokeh is just background? And is this fixation healthy? Or most importantly, how much does it matter to an average person who has never heard the term “bokeh”?

To find out, I decided to do a bit of research. I took a bunch of photos in different circumstances with different subjects and at different apertures, but at consistent distances. 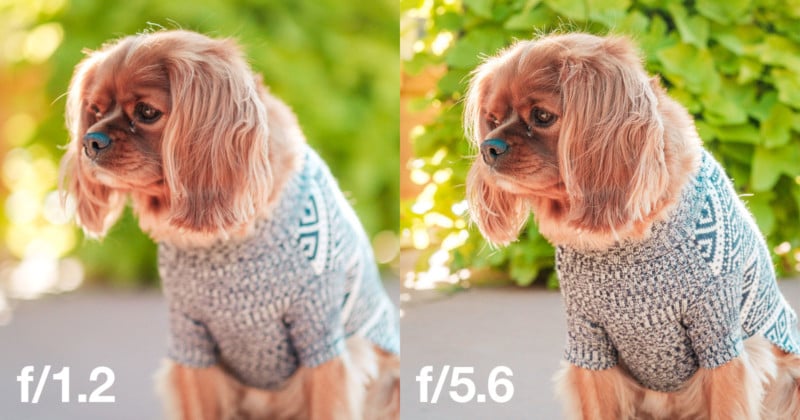 I then created a survey which presented pairs of these photos, one shot wide open and the other shot at increasingly smaller apertures. To ensure participants didn’t begin fixating on the main difference between these images (the depth of field), I also filled the survey with other pairs of similar photos, so the differences seemed more random.

For each pair of photos I asked participants, which of the two was better, and why. I didn’t qualify what “better” meant. I left it completely open-ended.

Please watch the video above for more details, but, in short, I was interested in two things. First, which apertures did people prefer at consistent distances and in similar sorts of subjects? Or more precisely, at what point in the differences between apertures did people start to have strong opinions on particular photos being “better”? Second, at what point people started to use terms that related to bokeh and the background rendering in their reasoning.

I’m not going to go through the specific photos and responses here (you can find those in the video), but the two things I learned was that it wasn’t until a difference of f/1.2 and f/2.8 (on an APS-C device with a 56mm lens) that respondents began talking about differences in the background. Before this, very few picked up on differences in background rendering.

The second thing I learned was the degree to which non-photographers really don’t care about the background. Now, I fully expected that non-photographers would not fixate on the background as much as photographers might. But I was shocked at how little they regarded pronounced bokeh. Overwhelmingly, respondents preferred images taken at more narrow apertures over images shot wide open. Their reasoning ranged from appreciating more details and context in the environment to more sharpness in the image.

Now my survey was not perfect and should be taken as interesting and anecdotal. But I think it’s a good reminder of a few things. Namely:

1. To non-photographers, the strength of a photograph is not measured in terms of its background blur.

2. The average person cannot really tell a difference between photos taken at a difference of one or two aperture stops, even when they are specifically looking for differences.

3. People might prefer a little bit more definition that an f2.8 or an f4 aperture might provide over a lens being shot wide open (at least at distances I tested).

4. We should be ultra concerned about protecting the sharpness of our subject from front to back. Bokeh can be helpful at times, but in most cases it is not more important than having a sharp, crisp subject.

In short, keep your priorities straight. What is in focus is always more important than what is not in focus.

About the author: Andrew and his wife Denae are a husband and wife photography team based in Utah. The opinions expressed in this article are solely those of the author. You can find more of the Branch’s videos on YouTube.

Are You Colorblind, and How Good is Your Color Vision?