For over a decade now, Goebel has taken at least one trip annually to Yosemite to capture the park’s beautiful features from a plethora of locations and in different seasons. His first trip was in 2010 and the most recent in 2021.

The Challenge of Peak Yosemite Season

Getting access to specific locations in the park during peak seasons is always a challenge, and Goebel had to plan ahead in order to get certain shots. For example, the “Firefall” phenomenon starts around Valentine’s Day and can continue up until the end of the month depending on weather and snow/rainfall, but being there at the right time still does not mean it will be easy to capture the event. Crowds have increased significantly in recent years, meaning finding a unique perspective to shoot from should the conditions line up has gotten more difficult. 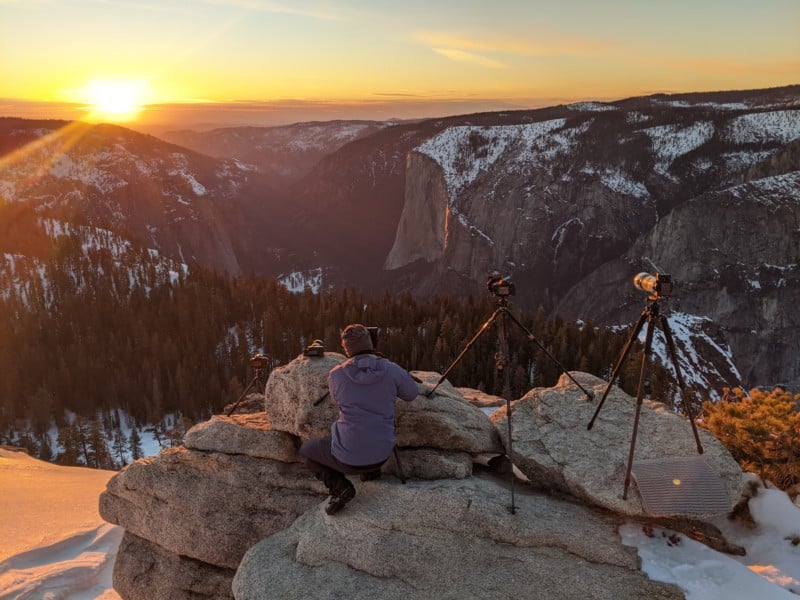 “Thousands of people photograph the Horsetail Falls ‘Firefall’ phenomenon each year,” Goebel says. “The peak Firefall lasts for a few minutes at sunset for about a week each year, but it requires direct sunlight during sunset and a melting snowpack to feed the waterfall. Because of the requirement for specific conditions, it frequently doesn’t happen at all.

“I had the idea of photographing the Firefall from the valley rim, but that involves an 11-mile-each-way snowshoe. I hadn’t seen more than a mediocre off-peak snapshot from the rim. In 2017, I had scheduling issues. In 2018 there was no snow. In 2019, I flew from Washington DC to California, but an enormous blizzard closed the roads into Yosemite, and after sitting around outside the park I gave up and returned empty-handed. In 2020, there was no snow.

“I finally was successful in 2021! A fellow landscape photographer named Raiatea Arcuri and I snowshoed to Glacier Point. We camped in the snow for four nights and caught the Firefall three times, including one with a particularly amazing sunset. I believe Raiatea and I are the first serious photographers to catch the Firefall from the rim.” 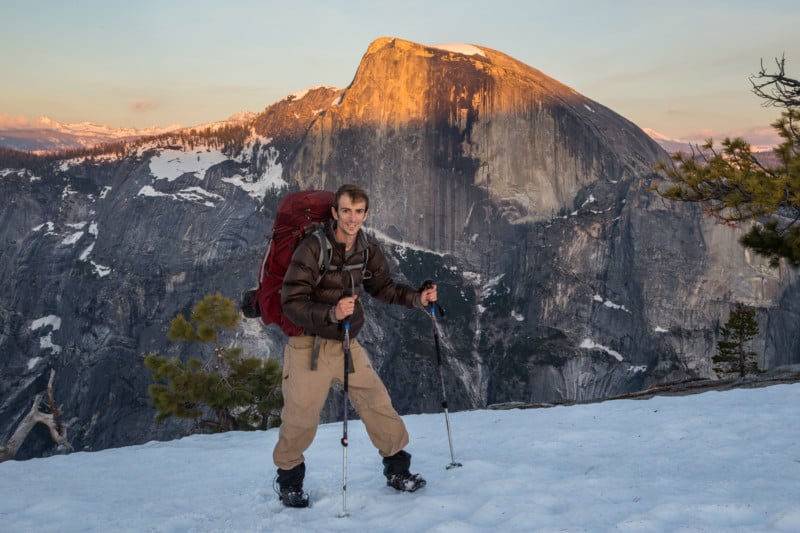 On one of the adventures photographing the park, Goebel even proposed to his now-wife at sunset from the top of Half Dome before capturing a frequent park visitor’s 50th ascent with 50 friends (seen in the timelapse and additional images here). 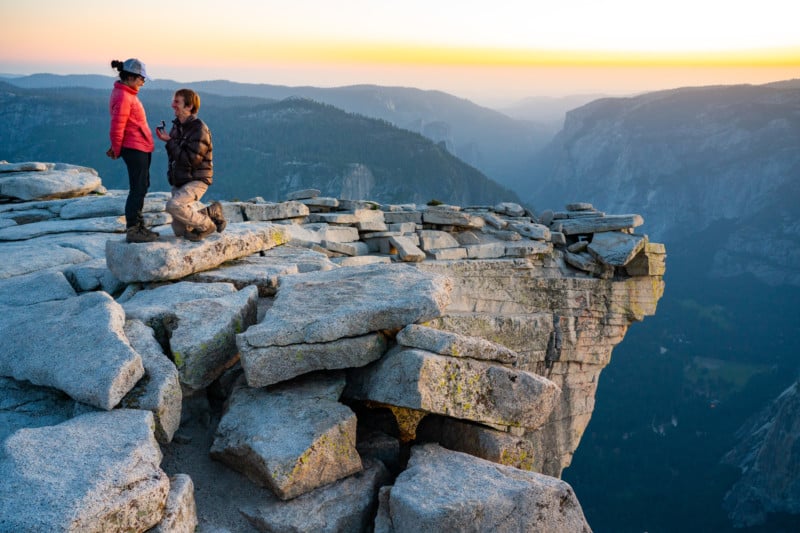 Given the vast amount of time he has spent capturing the area, the gear he has used across those trips has evolved and changed.

The earlier clips were captured using Canon DSLRs like the Rebel XT and 20D. He later eventually upgraded to the 5D Mark II and 6D. In the last few years, Goebel moved to Sony and has captured the most recent clips on an Alpha 7 III, Alpha 7R III, and an Alpha 7S with lenses ranging from 12mm to 400mm focal lengths. 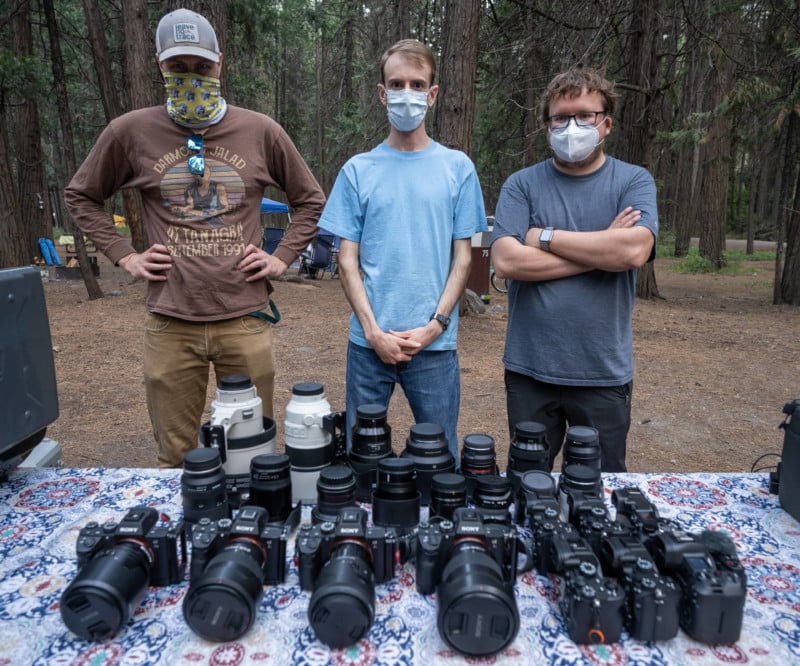 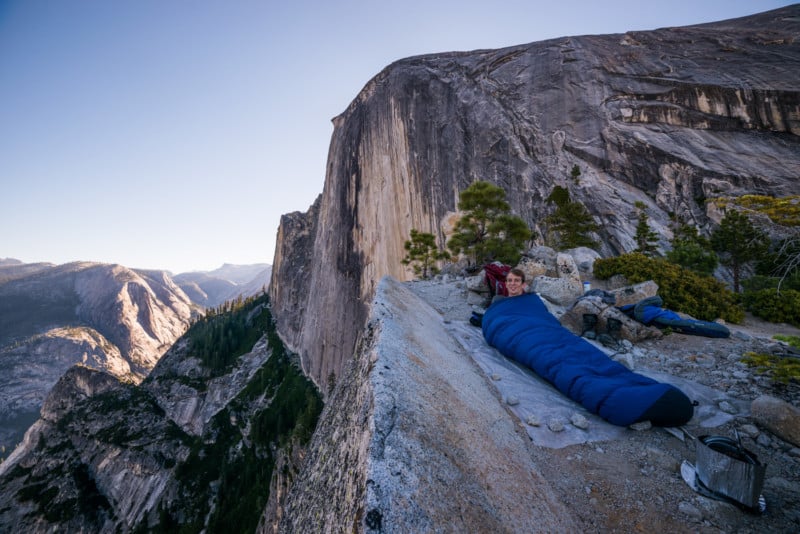 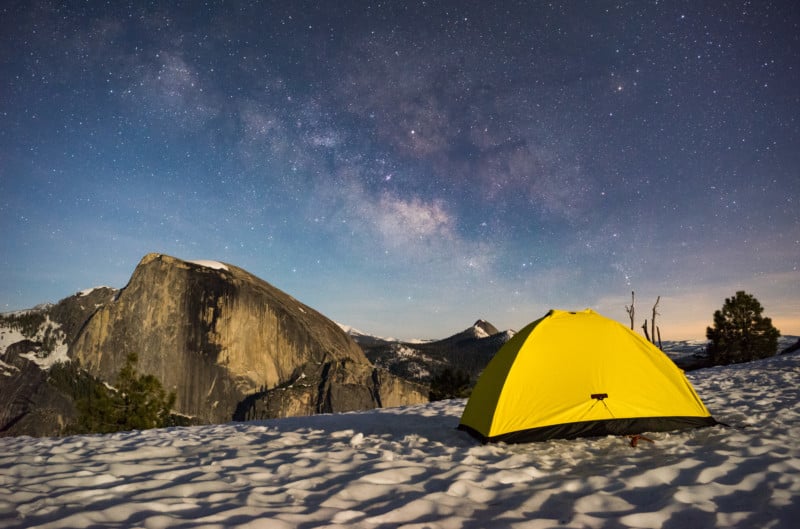 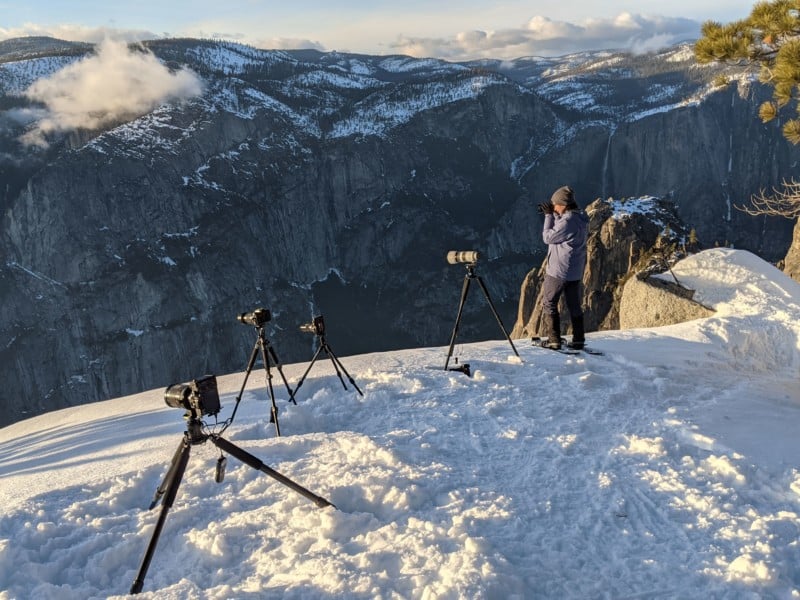 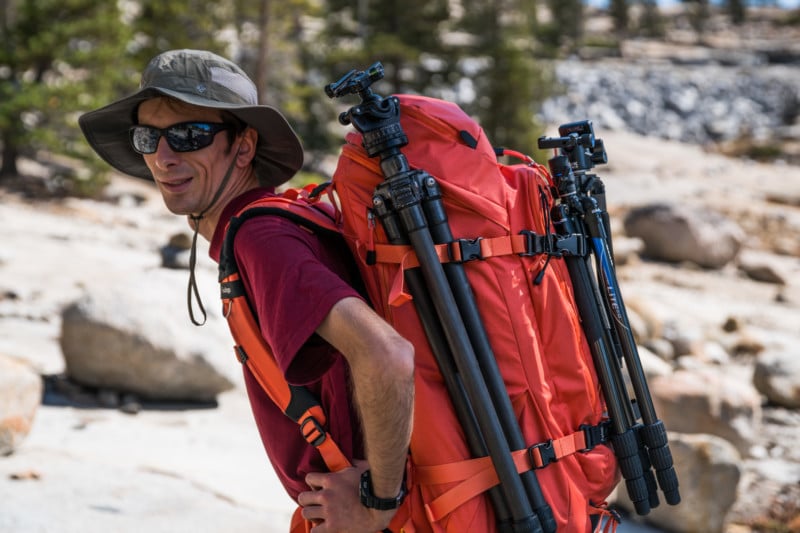 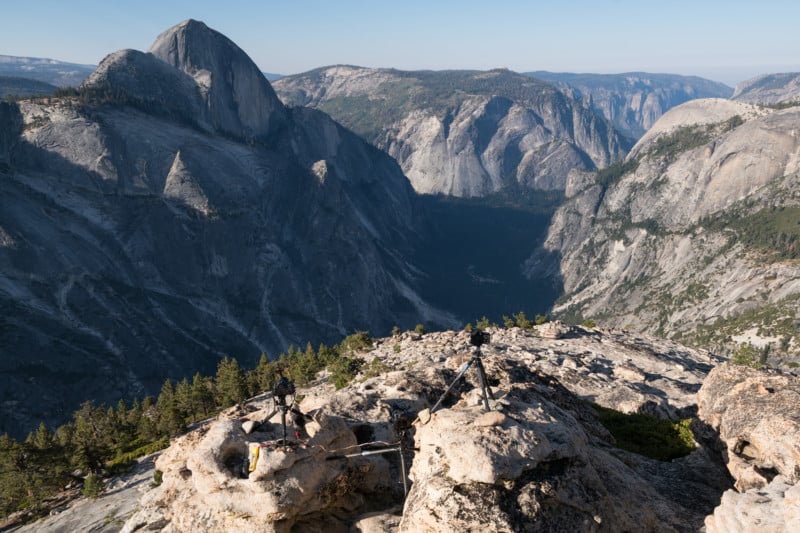 While the timelapse and images are breathtaking, it is clear from Goebel and other photographers that have been to the park that planning ahead and taking your time to get the shot is very important. Prepare the gear you need for the shot, and be ready to camp out overnight, as most of the breathtaking visuals will happen in the very early and late hours of the day and the trek to the most epic views can take quite a while to get there. 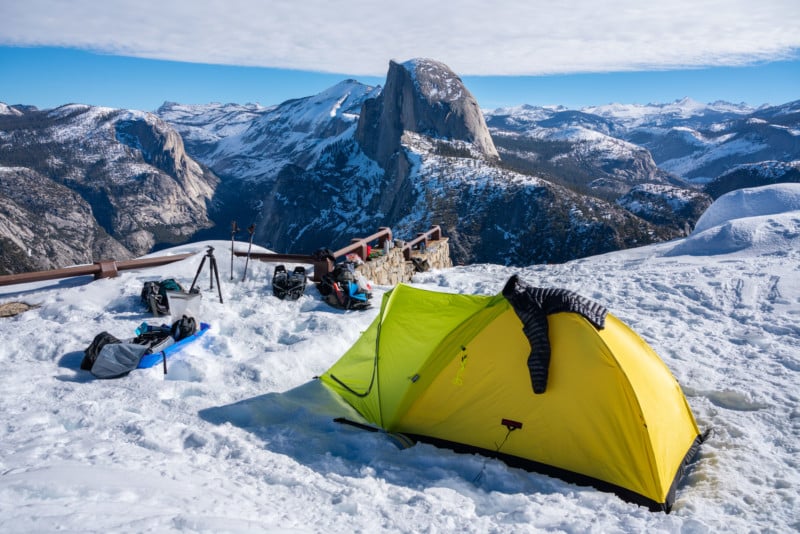 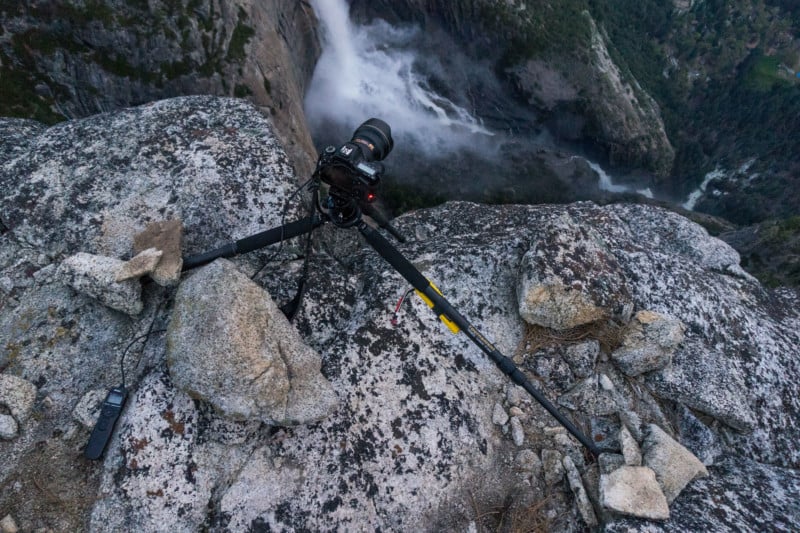 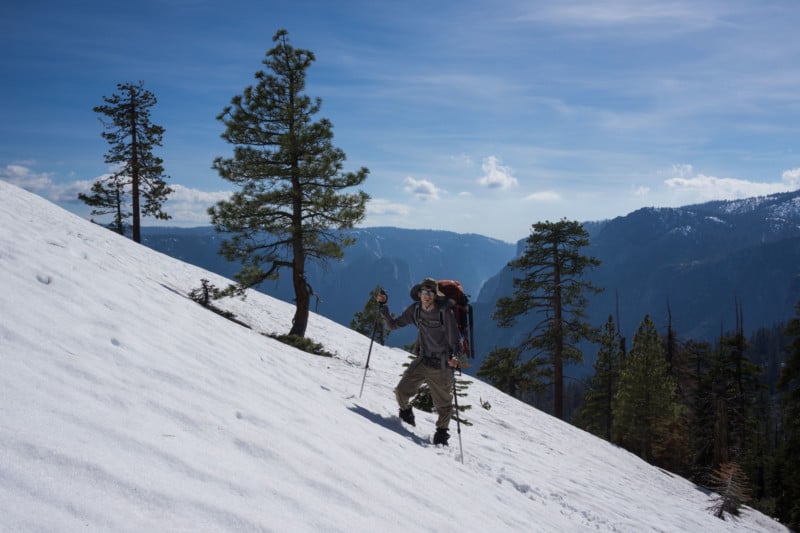 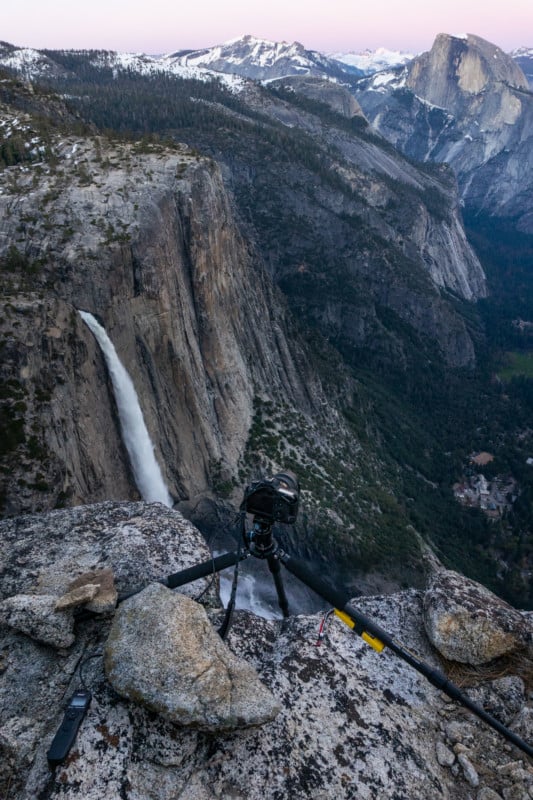 Image credits: Photographs by Sean Goebel and used with permission.