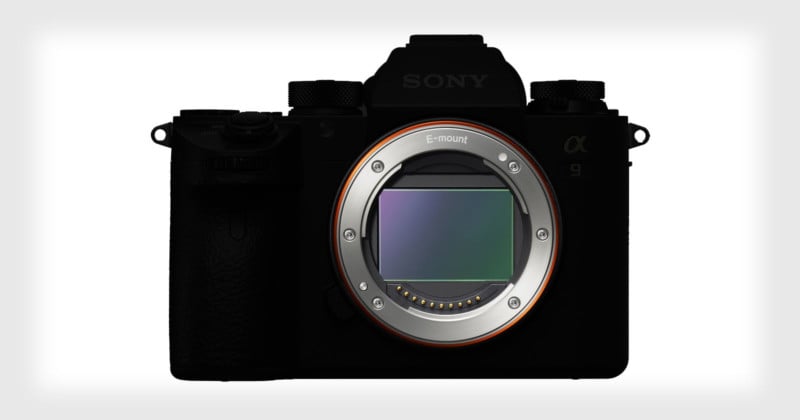 As the mirrorless camera wars are heating up, the major players are touting their cameras’ designs, features, and specs as being superior to what the competition offers. Leica is firing some shots at Sony, the current market leader in the space: Leica claims that Sony’s E-mount wasn’t designed for full frame cameras.

That claim was made by Stephan Schulz, Leica’s head of professional products, in an interview with Red Dot Forum at Photokina 2018.

Schultz was asked about Leica’s L-mount and Sony’s E-mount. Both mounts first appeared on APS-C sensor cameras — the L-mount on the Leica T (Typ 701) in 2014 and the E-mount on Sony’s NEX-3/NEX-5 in 2010). Schultz says that the L-mount was designed with full frame in mind.

“The L mount was developed in order to have all kind of autofocus optics for full frame with sufficient diameter,” he tells Red Dot Forum. “And on the other side, in order to realize to compact lenses for APS as well. It was not developed for APS. It was always designed with full frame in mind, even though we came to market with APS first.”

Schultz says that Leica was already developing its SL system and its full frame lenses while it launched the Leica T.

On the other hand, Schultz claims that Sony didn’t have full frame in mind when it developed the E-mount.

“That’s a big difference with the L-mount versus the Sony E-mount,” Schultz says in the interview. “They started the mount with the NEX, which was APS, but Sony didn’t have full frame in mind at that time. So, they had some challenges in making the lenses work for full frame. The Leica L-mount is much bigger which gives us more flexibility.”

Interestingly enough, Leica’s L-mount is much closer in throat diameter to the E-mount than to the Canon RF or Nikon Z mounts.

Whether or not the E-mount was developed with full-frame in mind, Sony’s full-frame cameras are more compact than Canon and Nikon’s first offerings, as recent side-by-side photos by the Dutch camera store Foto Hans Keuzekamp showed: 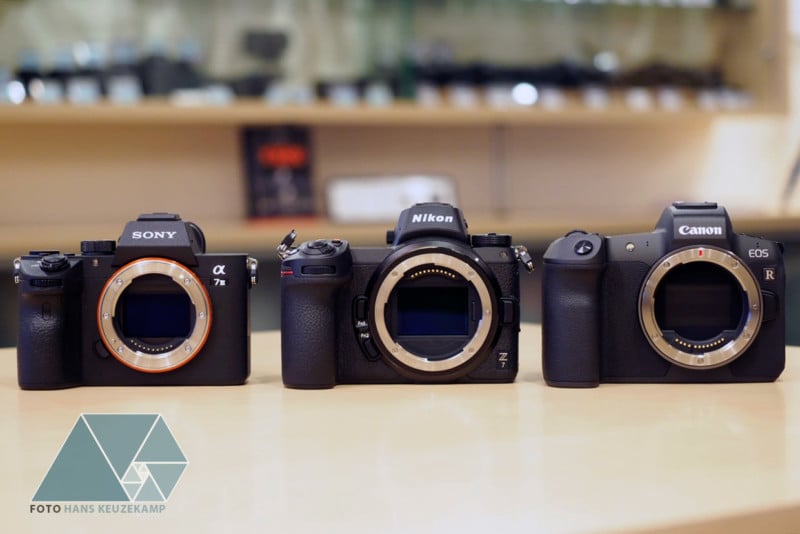 Canon and Nikon’s full-frame mirrorless mounts are way larger, but those camera systems are (thus far) exclusively full-frame and neither company has stated that crop sensor models will be released.

The Leica L-mount is at the center of the new L-mount alliance between Leica, Panasonic, and Sigma. All three companies have committed to developing full-frame and APS-C mirrorless cameras and lenses based around the mount.

(via Red Dot Forum via mirrorlessrumors)