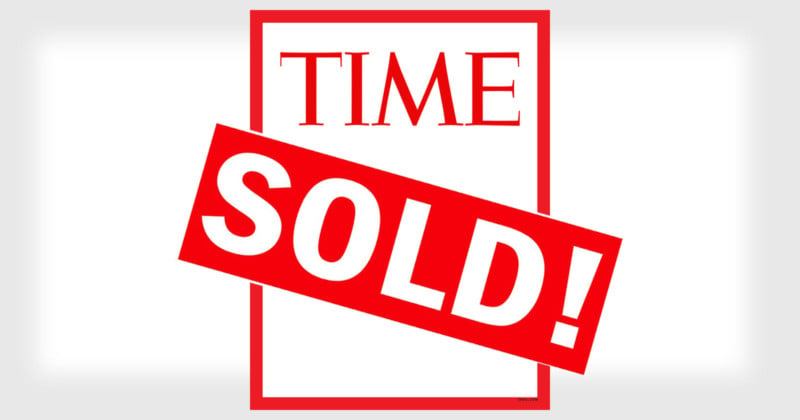 Time magazine is changing hands. Billionaire and Salesforce.com founder Marc Benioff and his wife Lynne have agreed to acquire the famous red-bordered publication for $190 million in cash.

The Wall Street Journal first reported the sale, which is expected to close within the next 30 days.

“We are honored to be the caretakers of one of the world’s most important media companies and iconic brands,” the Benioffs write in a statement. “Time has always been a trusted reflection of the state of the world, and reminds us that business is one of the greatest platforms for change.”

Meredith Corporation, which acquired Time magazine from Time Warner in 2017, had previously announced in March 2018 — just six months after its purchase — that it was looking to sell not just Time, but Fortune, Money, and Sports Illustrated as well. Time received interest from over 100 parties, Meredith says, and the other three publications are on the brink of being sold as well with deals expected to be announced in the “near future.”

Both Time and Sports Illustrated have been venerated names in the world of photojournalism, but both have seen major changes in the way they source photos in recent years with the rapidly shifting media landscape.

Time sparked photographer boycotts a few years ago with its contract for them — photographers felt that the contracts were unfair and “copyright grabbing” while Time insisted it was “fair and equitable.” Around the same time, Sports Illustrated laid off its entire roster of staff photographers (and 3 top photo just heads months later).

With this acquisition, the 53-year-old Benioff joins Amazon founder Jeff Bezos in the ranks of tech billionaires who are become media barons — Bezos acquired The Washington Post in 2013 for $250 million in cash.

Time will be privately owned by the Benioffs and will not be related to Salesforce.com, Benioff’s cloud-computing and customer relationship management (CRM) company based in San Francisco.

“The Benioffs will hold TIME as a family investment,” Time editor-in-chief Edward Felsenthal wrote in a memo to staffers. “It will have no connection to Salesforce, the software company Marc founded in 1999. While they will not be operators of the business, we are extremely fortunate to have Marc and Lynne’s guidance and mentorship as we set out to build a new company.

“One of the first challenges Marc and Lynne gave us is to think big, really big. Beyond the five-year plan, what will TIME look like in 2040? What will it mean to people decades from now? That’s what we’ll all be thinking about as we create a new home for TIME rooted in what we know how to do so well, with the resources we need to reach our greatest potential as individuals and as a team, supported by owners with a sterling record of innovation and of building collaborative, creative cultures.”

My Experience With Apple as a Photographer and Creative Pro: In Short, Not Good