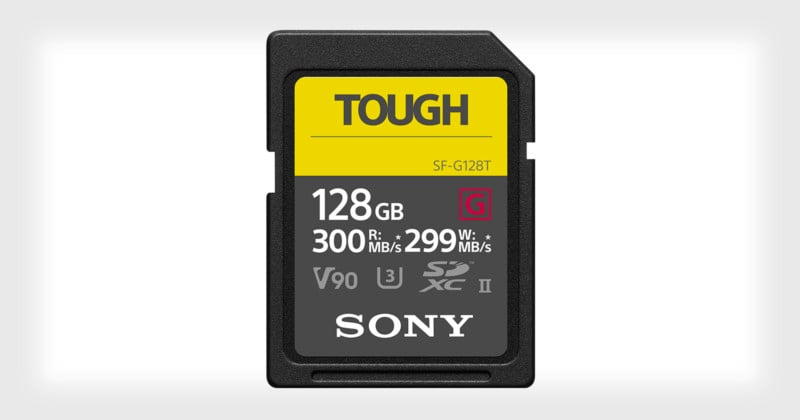 Sony has announced its new Tough line of SD memory cards, which it claims are the toughest and fastest SD cards ever made.

The new UHS-II SD cards carry Sony’s new SF-G series TOUGH specification and are designed for photographers who want to ensure that digital photos remain safe on SD cards that have been removed from their camera.

The structure does away completely with these easy-to-break parts and makes the cards more resistant to bending. 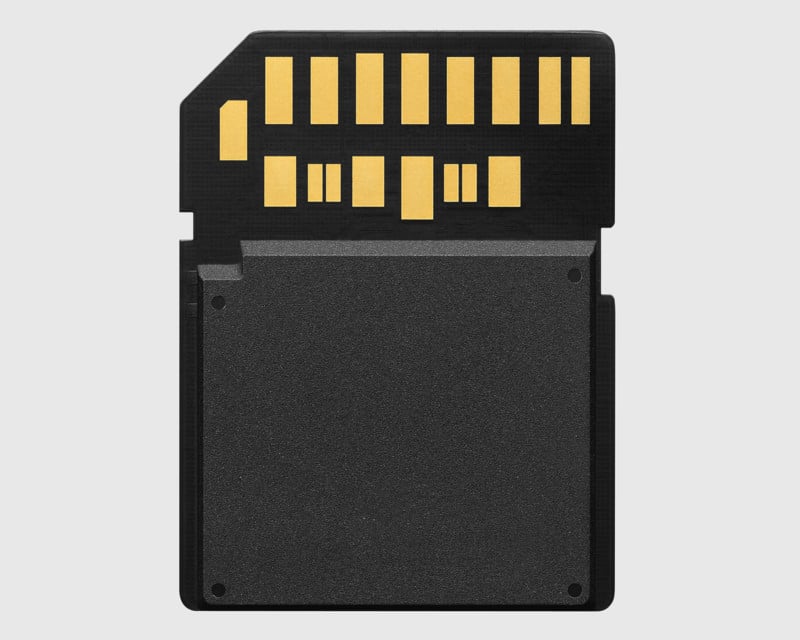 While traditional cards use a 3-part build, Sony’s Tough cards have a monolithic structure featuring a single piece of molding with zero empty space inside the card. Sony says the design makes the new cards a whopping 18 times stronger than traditional SD cards (bend-proof to 180N). 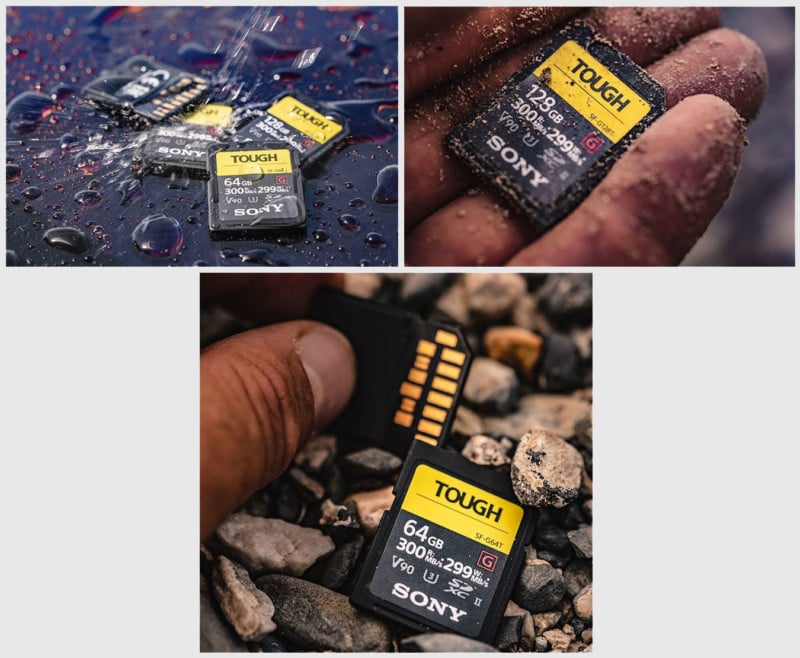 IPX8 indicates that a product is waterproof in over 1 meter of water — you should be able to take the cards for a swim without a drop of water getting inside. In addition to extreme toughness, Sony has also built extreme speed into the cards. They feature the world’s fastest write speed of up to 299MB/s and a read speed of up to 300MB/s.

To give photographers additional peace of mind, Sony is releasing two software utilities alongside the cards: an SD Scan Utility to help check the health of a card and a File Rescue Software for recovering data that was accidentally deleted from cards.

(via Sony via sonyalpharumors)

Update on 8/29/18: This article has been updated with the availability and prices of the three memory cards.

Nikon is Sorry That the Z7 is Selling So Quickly