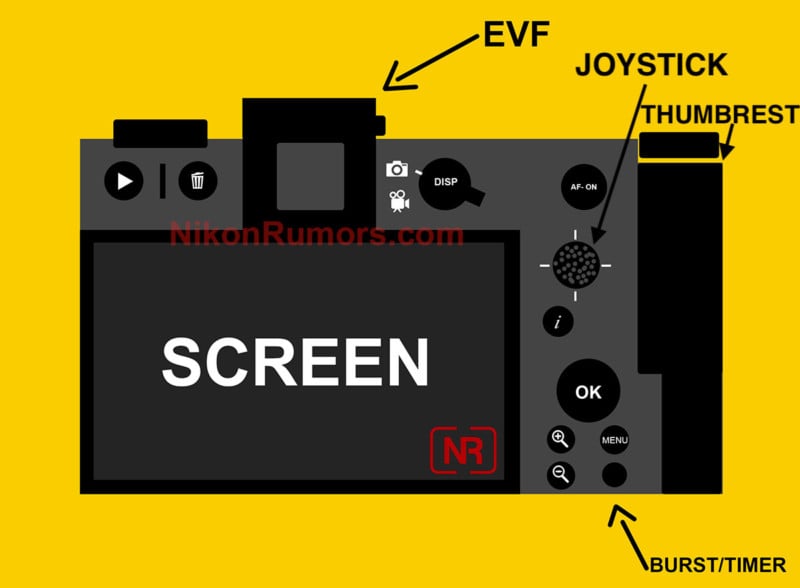 Nikon’s teasers for its upcoming full-frame mirrorless camera have largely been looks at the front and sides of the camera. Here’s a look at what the back will likely be like.

Nikon Rumors published the diagram above, writing that it’s a drawing made by a photographer who has used/seen/tested the camera out in the field.

“As you can see from the sketch, the back layout is similar to most Nikon DSLR cameras with the exception that there are no buttons/controls on the left side of the screen,” Nikon Rumors writes. “The screen itself looks pretty big and there is also a comfortable/ergonomic thumbrest in the upper right corner.”

Just for reference, here’s what the backs of the Nikon D850 DSLR and Sony a7R III mirrorless camera look like: 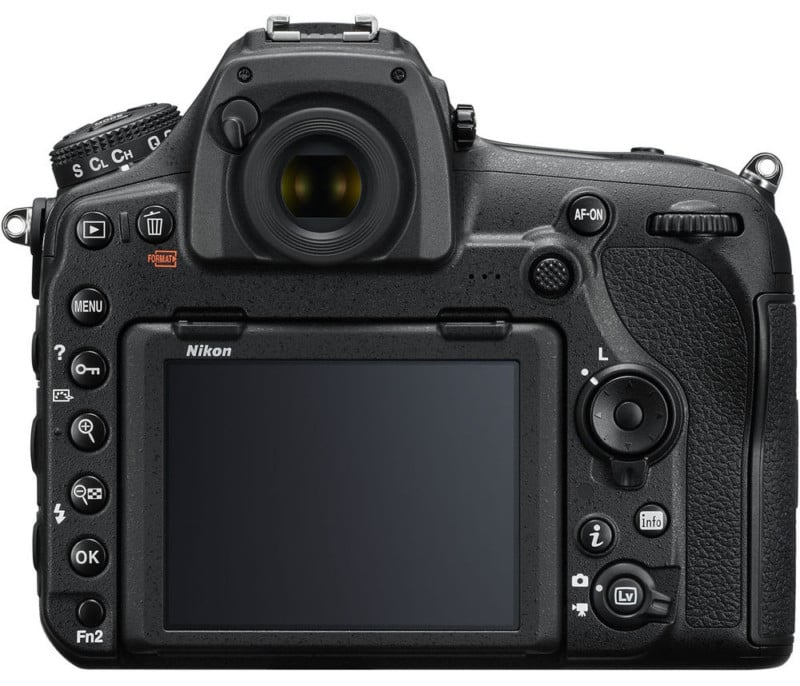 What’s your reaction to the layout seen above?