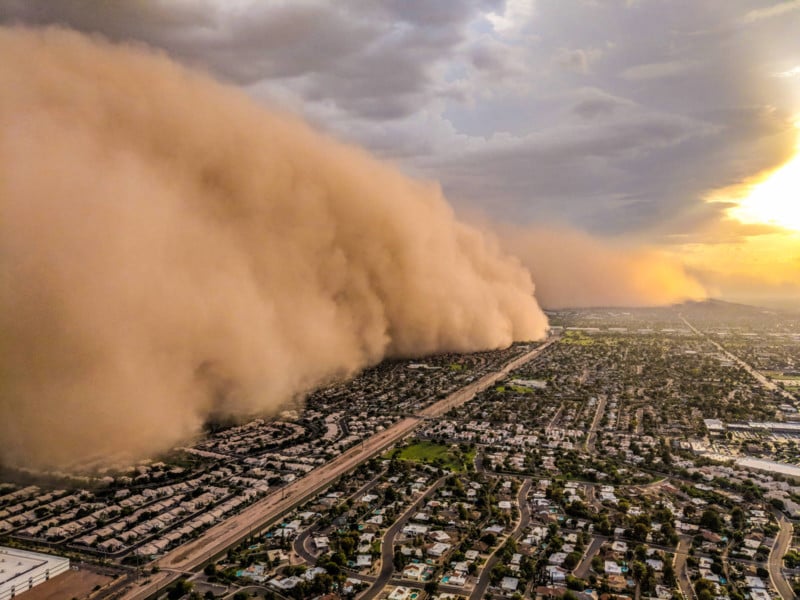 Photographer Jerry Ferguson was flying in a news helicopter this week to cover seasonal monsoon weather in Phoenix, Arizona, when a massive dust storm showed up on the horizon. As they flew away to outrun the wall of dust, Ferguson managed to capture this photo of it sweeping across the land.

Ferguson, who has been shooting professionally for 20+ years and from helicopters for 6 years, says he captured the photo using his Google Pixel 2 smartphone.

“We have a DSLR in the back seat, but for wide shots, I find myself using my Pixel 2 frequently because it shoots beautiful, tack sharp raw images for quick sharing right from the helicopter over breaking news and weather,” Ferguson tells PetaPixel.

“These haboobs are fairly common during Arizona’s monsoon season (June 15-September 30),” the photographer says. “We see an average of one or two of these storms per week during the summer. They form ahead of large thunderstorms, which can produce 60+ mph winds.”

Dust storms can be dangerous for aircraft due to their strong, turbulent winds and low visibility for pilots. 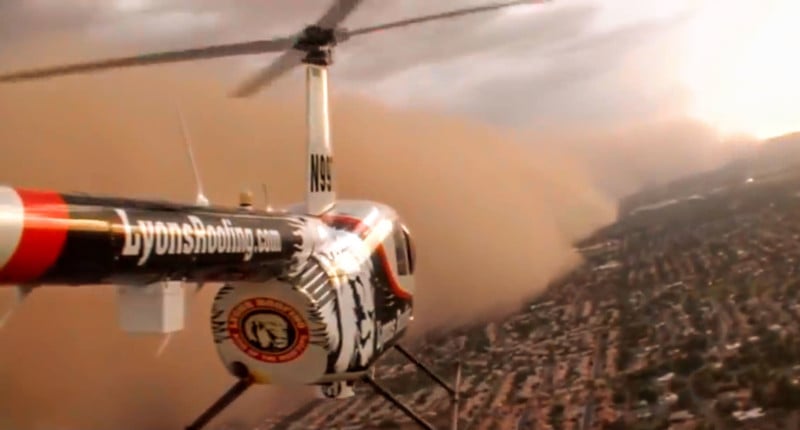 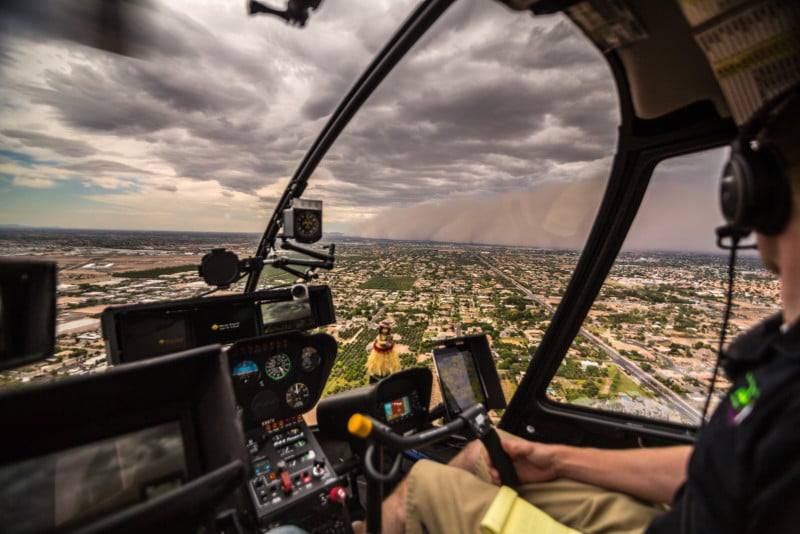 “We are pretty safe as long as we stay ahead of the storm,” Ferguson says. “But if we were to fly into one, it could throw our small helicopter into the ground within seconds.”

This is what a news helicopter looks like next to a giant dust storm: 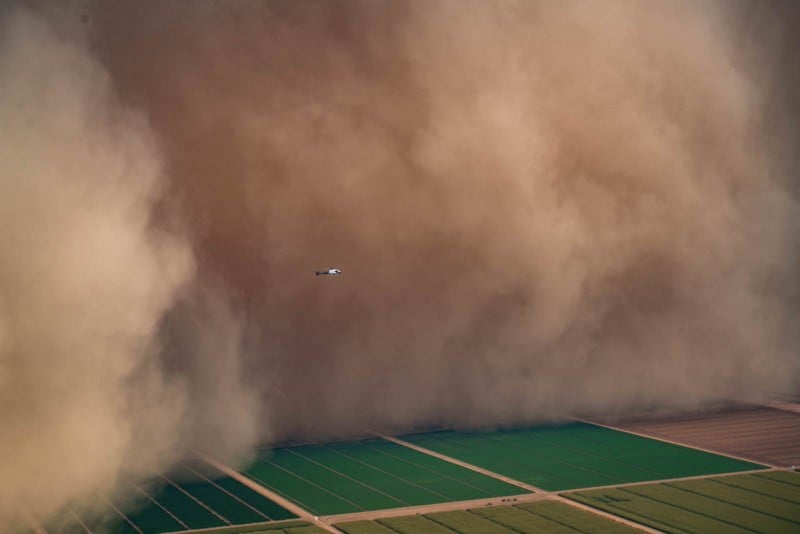 “It is difficult to convey just how massive and threatening these walls of dust are compared to a relatively tiny helicopter unless you experience it firsthand,” Ferguson says. “We fly at around 800 ft above the ground, and these dust storms still tower thousands of feet above us. Out of curiosity, we recently flew to the top of one, and measured it at over 6,500 ft tall.”

Thankfully, the helicopters Ferguson rides can fly at over 100 mph, allowing them to easily outpace these storms, which generally sweep across the desert at 20-40 mph.

Ferguson and his pilot, Domenick Galindo, landed at the nearest airport, tied down the rotor blades, and then found shelter to wait for the storm to blow over.

“Arizona weather can be dramatic and change quickly,” Ferguson says. “Photographing it from a helicopter is one of the most unique ways to experience it.”

And Ferguson is no stranger to capturing viral weather photos from helicopters: back in 2016 he captured a gorgeous photo of a microburst pouring down on Phoenix, Arizona.

Image credits: Photographs by Jerry Ferguson and used with permission

These Backlit, Macro Photos of Leaves Look Like Lava Landscapes

The Most Important Photo