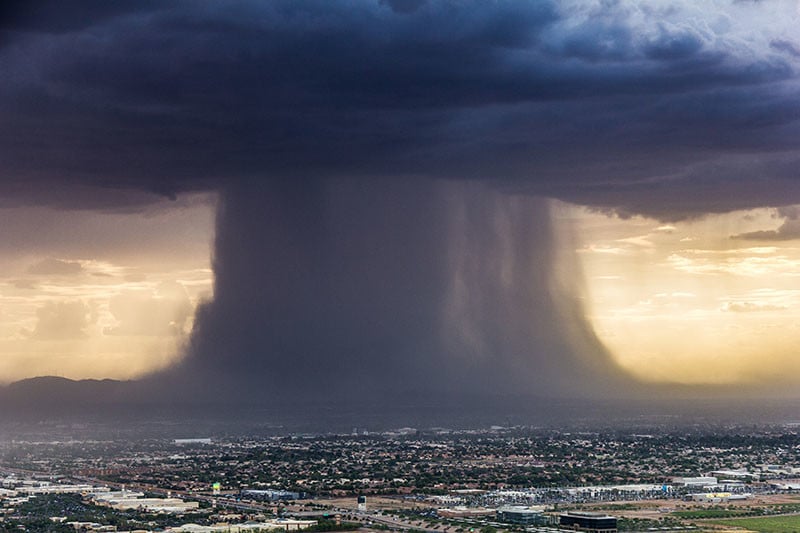 Photographer Jerry Ferguson was shooting from a news helicopter this week when he spotted a microburst over Phoenix, Arizona. In the right place at the right time, Ferguson managed to capture remarkable photos of it.

“We spotted this microburst as we were covering a dust storm near Phoenix,” Ferguson tells PetaPixel, “and I instantly thought the same thing as everyone else, ‘It looks like an atom-bomb just detonated over Phoenix.'” Here’s a wider view of the scene that shows the natural mushroom cloud rising over the city: 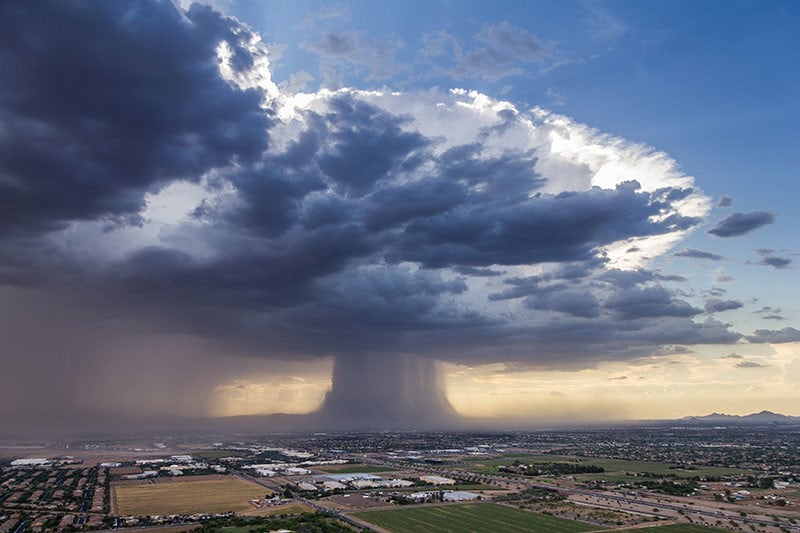 “Our Robinson R44 Newscopter is just a really tall, really expensive tripod,” he says. Capturing the aerial photos was a team effort between Ferguson and his pilot, Andrew Park. While Ferguson is photographing, communicating, and directing the “flying tripod,” Park works at “wrestling a mechanical bull 800 feet above ground” through the intense winds of storms.

“The chopper vibrates a lot and I shoot handheld. I also often shoot in low light, so I use wide aperture, image stabilized lenses and set my camera on shutter priority with the highest shutter speed I can manage (usually around 1/400) to eliminate vibration blur,” Ferguson says. “I shoot to the right, bracket, and rattle off a lot of exposures to make sure I have at least one keeper from each scene.”

You can find more of Ferguson’s aerial photographs in this gallery and on Chopperguy.