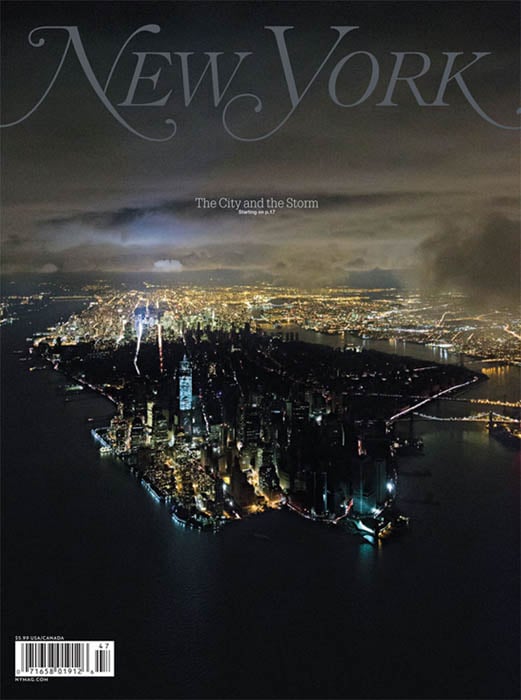 Everyone seems to be talking about the cover photo of this week’s issue of New York Magazine. It shows NYC blacked out after Hurricane Sandy, and was captured last Wednesday by Dutch photographer Iwan Baan from the open door of a helicopter 5,000 feet above the ground. Poynter has published an interesting behind-the-scenes look at how it was shot:

Baan made the image Wednesday night after the storm, using the new Canon 1D X with the new 24-70mm lens on full open aperture. The camera was set at 25,000 ISO, with a 1/40th of a second shutter speed […]

It was more difficult to rent a car than a helicopter in New York the day after Sandy, Baan said. And because there was such limited air traffic so soon after the storm, air traffic control allowed Baan and the helicopter to hover very high above the city, a powerful advantage for the photo.

NY Mag editors say that picking the cover photo was the easiest choice they had to make this past week. They’ve also published a slideshow featuring 10 aerial photographs Baan captured that night.