It’s no secret that Nikon is planning to launch a new full frame mirrorless camera system. And after months of rumors and speculation, Nikon has just released its first teaser for it. Just check out the 1.5-minute video above.

Here’s the description of the video, titled “Travel of Light,” which is part of a larger campaign called “In Pursuit of Light“:

Countless rays of light come together, forming an image at the end of their long journey. Nikon’s ongoing mission heading into the future: to guide light into forming superb pictures.

Here are some still frames from the video with the image adjusted to see as much detail as possible in the mysterious camera:

We see a large display on the back of the camera as well as a build-in electronic viewfinder: 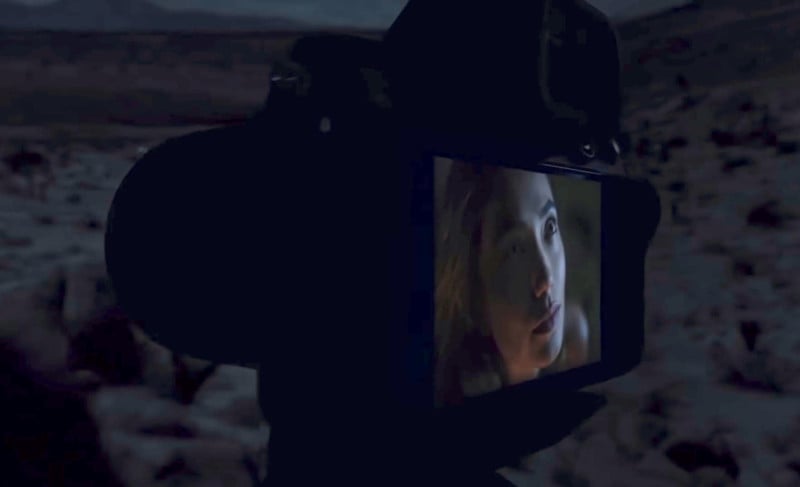 The side profile shows the size of the electronic viewfinder on the smaller mirrorless body. 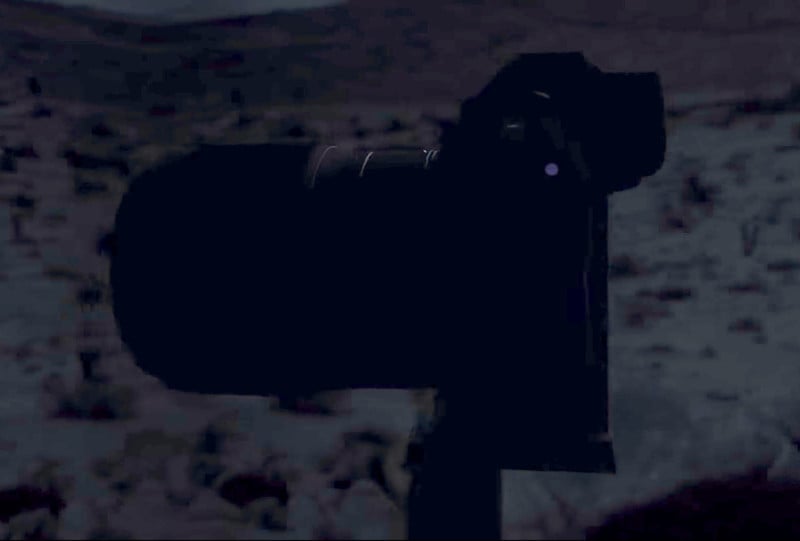 The lens mount is large on the front of the camera — it seems unusually big. Nikon Rumors believes this is the rumored “Z mount”. 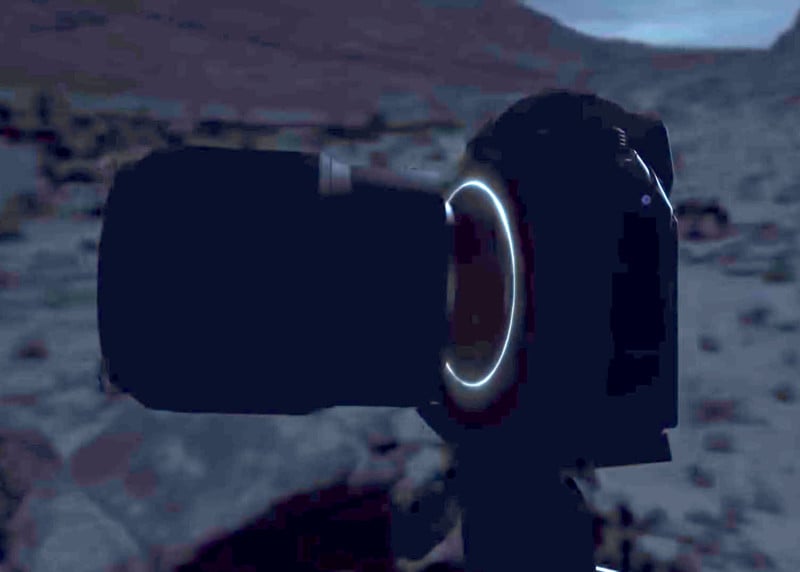 Nikon has trademarked the word “Noct” in the EU and has patented at least two ultra-fast lenses that may be related to that branding: the 52mm f/0.9 and the 33mm f/1.2. 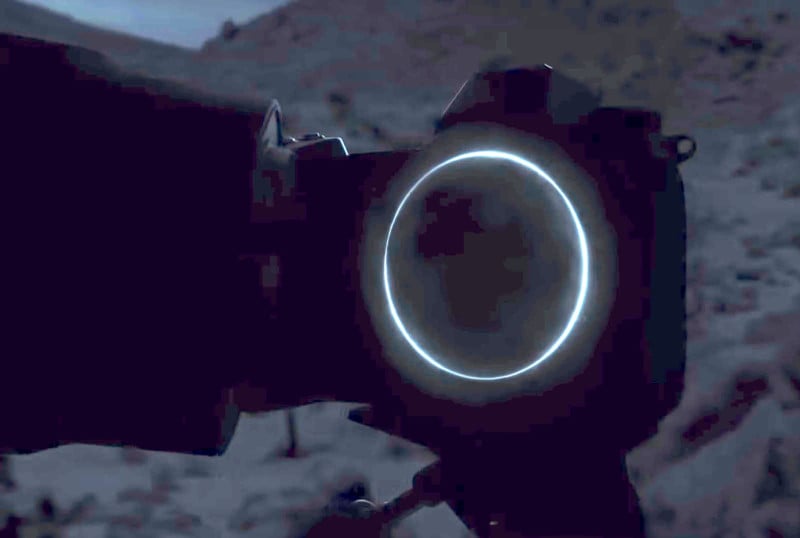 In addition to obscuring the physical details of the camera, the dimly lit scene is perhaps also a teaser of the camera’s low-light capabilities. 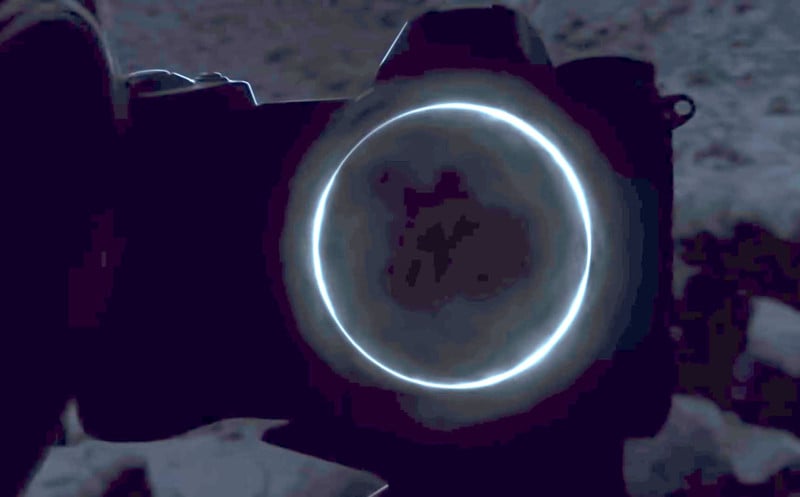 To further add to the mystery, it appears that some clearer teaser crops and perhaps even a single photo of the actual camera were just posted online as well. 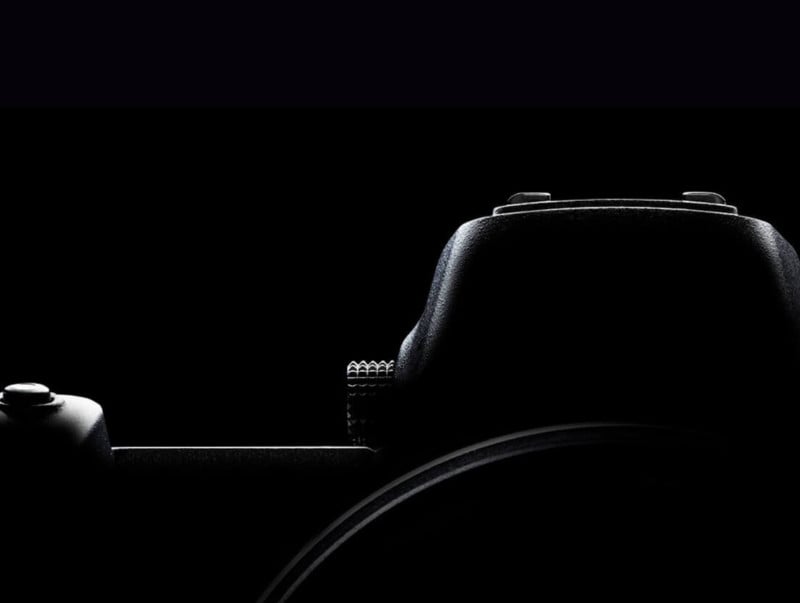 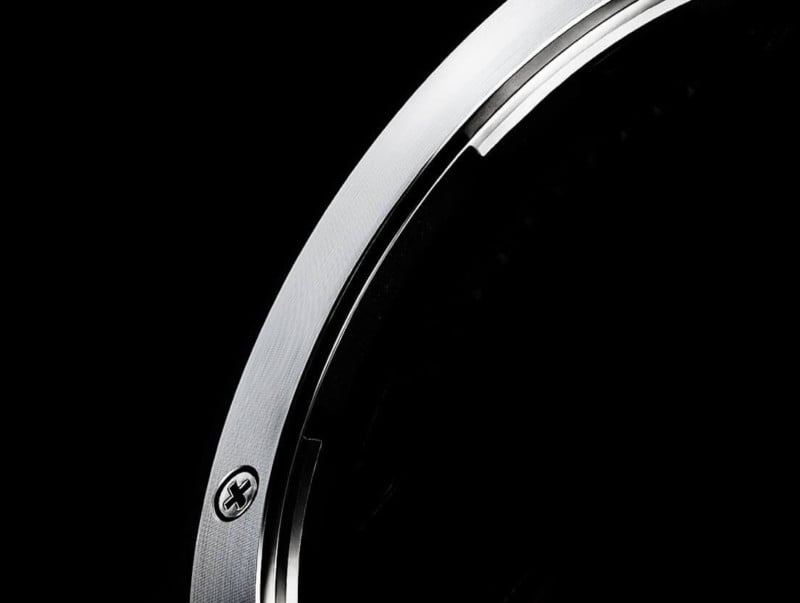 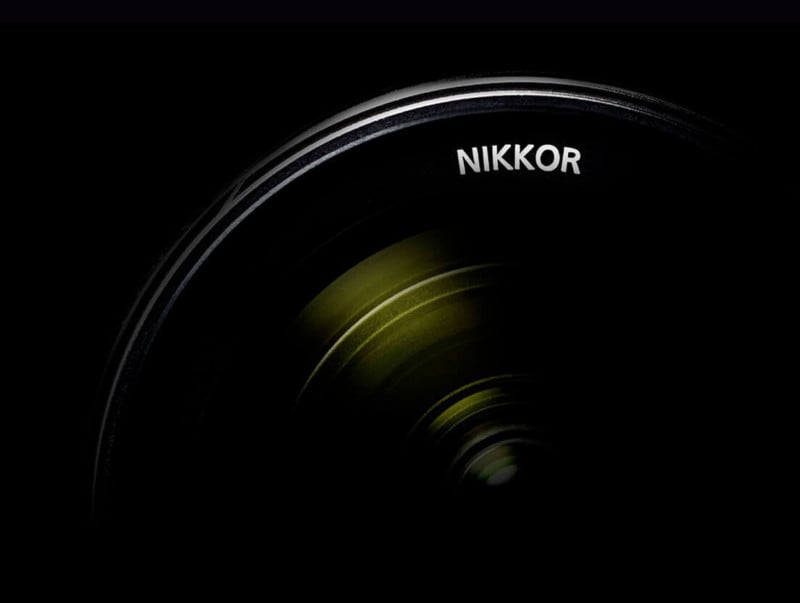 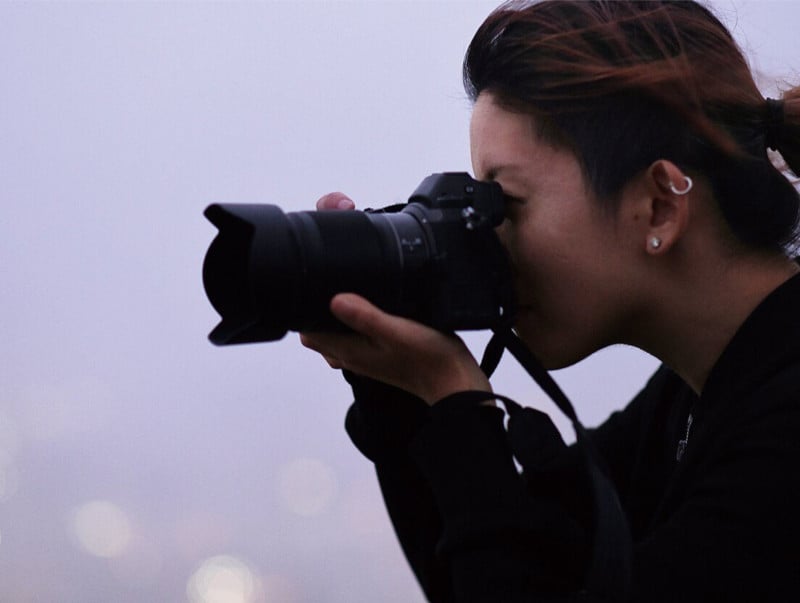 These images haven’t been verified, but the camera being held in the photo looks like what Nikon is officially teasing.

Nikon says that more content is “coming soon” to its “In Pursuit of Light” campaign, and it seems that an official announcement of this camera system (presumably a full frame one) will be in the coming days or weeks. Stay tuned.