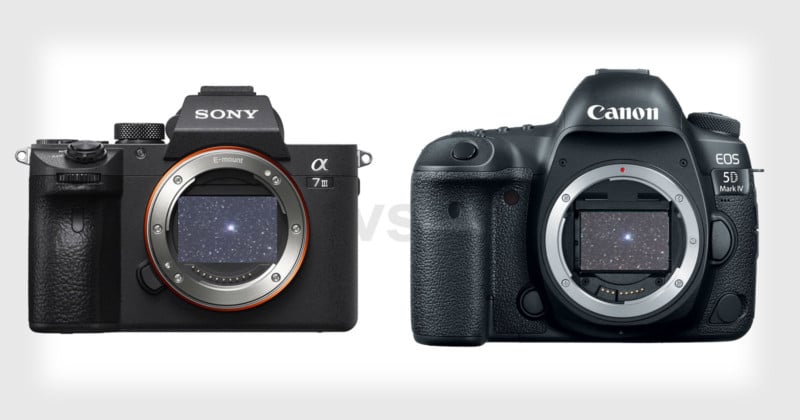 I’m an avid night sky photographer that cut my teeth capturing the stars using the original Canon 6D. I shot with that camera for years until purchasing the Sony a7S (Mark I) after reading about how it could essentially “see in the dark.”

Using the Sony mirrorless system was a big change coming from Canon and no matter how awesome the images were, I never learned to love it.

After reading countless reviews of the Canon 5D Mark IV that touted its dynamic range and low light performance, I sold the a7S and made the leap into the new Canon flagship camera. I was not disappointed, as the new sensor was absolutely incredible for night sky photos. The resolution, dynamic range and high ISO performance was a welcome upgrade from my aging 6D and had a bigger “wow” factor than even the a7S I could deliver. The 5D Mark IV became my go-to camera for astrophotography.

Earlier this year, Sony announced the a7 III and it completely blew people away with the specs, especially given the price. The hype was then amplified when reviewers backed up the spec boost with amazing first-hand reviews. Sony was also well known for dominating in low light performance, so naturally, I was keen on getting my hands on the new camera and put it to the test.

I made a 2-part video series in which I put the more expensive Canon 5D Mark IV up against the cheaper Sony a7 III to see how the two compared when shooting the night sky. I tested the dynamic range, compare images at various ISOs, and tested with some really long exposure shots using a star tracker. The goal of the test was to see which camera could deliver the best results as well as delivering the most value for the dollar spent.

In the first 13-minute video above, I head out into the field and share my first impression of each camera when shooting with them. I used the same lenses on each camera, the Rokinon 24mm f/1.4 and the Canon 35mm f/1.4 II. I adapted the Canon glass on the a7 III using the Sigma MC-11.

After spending quite a bit of time with each of these cameras I was surprised with the outcome. If anyone is in the market for a full frame camera to shoot photographs of the stars, I think this comparison would help you decide which way to go.

What camera would I recommend? I would recommend the Sony a7 III.

About the author: Matt Quinn is a dark sky and nature photographer based in the Waterloo Region of Canada. The opinions expressed in this article are solely those of the author. You can find more of his work on his website, Facebook, Twitter, and Instagram.

Hanging Out with the Photographer of Beyonce’s ‘Diamonds’ Album Cover

A Wildlife Photographer Who Went from Mansion to Shed