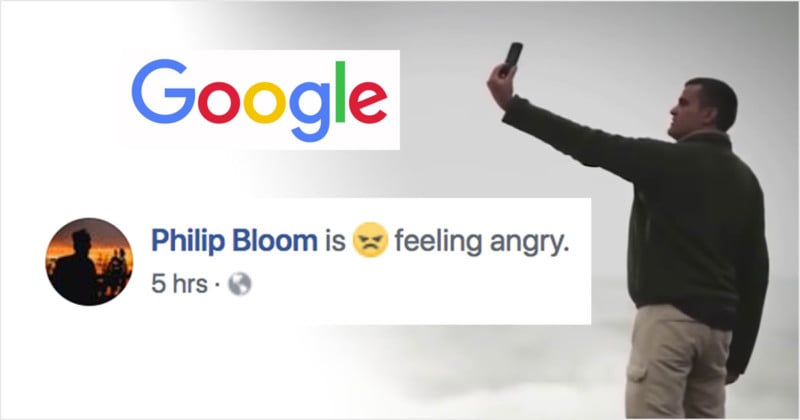 Well-known British filmmaker Philip Bloom is accusing Google of using his work without permission or payment for an internal video that has since been leaked and published by major publications.

Yesterday, The Verge published an article about a 2016 internal Google video titled “The Selfish Ledger.”

“Google has built a multibillion-dollar business out of knowing everything about its users,” The Verge writes. “Now, a video produced within Google and obtained by The Verge offers a stunningly ambitious and unsettling look at how some at the company envision using that information in the future.”

The video was subsequently published by other big news outlets and has been uploaded multiple times to YouTube:

While many people have been creeped out by the video’s message, Bloom had a much different reaction: he was pissed when he saw that 75 seconds of unlicensed footage had been used at various points in the short film.

“See if you can spot the 75 seconds of unlicensed footage of mine in this internal video by Google which has just been published!” Bloom writes. “Now I just need to find out how to go after them! I know they have some claim over my footage as it’s on YT but I thought that is if they want to use it promote YT itself, not carte blanche.”

Bloom tells PetaPixel that most of the people shots seen in the second half of the video were his.

And while some people are skeptical that Bloom will be able to see any response from Google, a company worth nearly $750 billion, Bloom likes his chances.

This is the second case this month of an “internal” project using unlicensed work becoming public and angering a photographer/videographer. Just last week, we reported how photographer Sean R. Heavey spotted his photo in concept art shown in a behind-the-scenes documentary for the hit show Stranger Things.

Update: After publishing this article, commenters posted multiple comments pointing out that Bloom has been accused by previous partners of domestic violence. Since some comments were potentially defamatory (e.g. one commenter referred to Bloom as “the Harvey Weinstein of video production”), so we decided to take this post down. After further consideration, we’ve restored the post but have disabled the comments section.