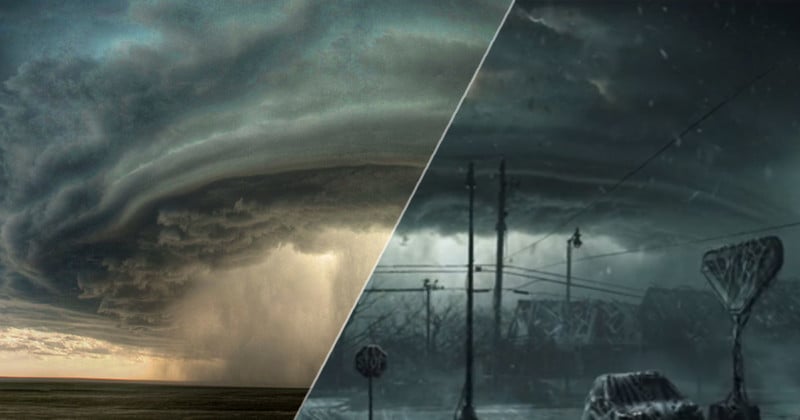 Photographer Sean R. Heavey was watching the hit series Stranger Things on Netflix when he spotted a storm cloud that looked strangely familiar. It turns out the show had apparently used one of Heavey’s photos while creating the scene, and Heavey isn’t happy about it.

Heavey says he realized that the cloud that appears in the Stranger Things episode looked extremely similar to his but wasn’t the same one. A few weeks later, however, Heavey’s friend was watching the Beyond Stranger Things behind-the-scenes special (episode 3) on Netflix when he noticed the concept art that was used by the Stranger Things crew. 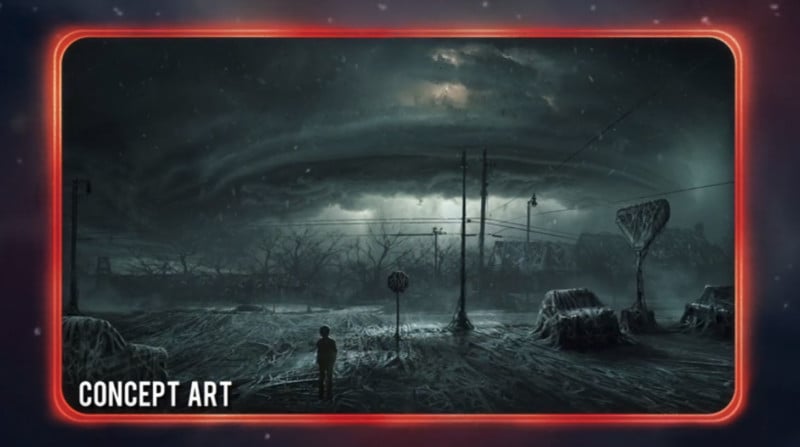 Unlike the actual episode, this image did appear to contain the exact same storm cloud in one of Heavey’s best-known photos, which is titled “The Mothership” and which shows a supercell thunderstorm rolling across the Montana prairie at sunset. 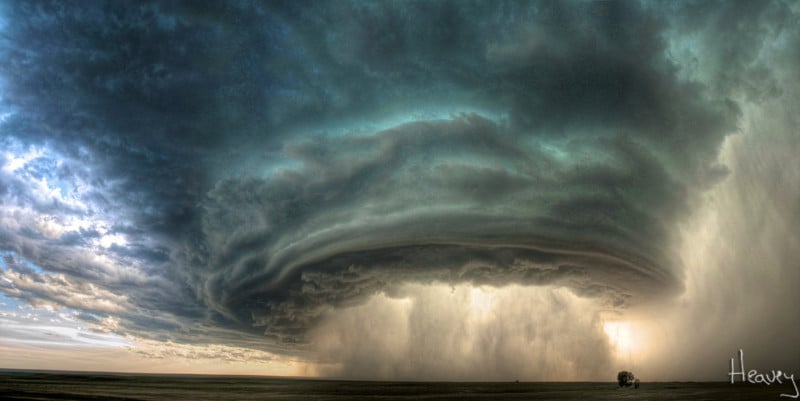 Here’s a closer look at the supercell found in the two images:

“Netflix did not get permission from me,” Heavey tells PetaPixel. “I don’t have the image with any stock agencies so unless they got it from somewhere else, which is an issue if so, then they are using it without permission.”

After Heavey reached out to Netflix with his complaint, the company responded by saying that the cloud in his photo isn’t protected by copyright.

“They are saying the only similarity that exists is the use of a similar cloud formation, that copyright law does not protect objects as they appear in nature, and that an artist can’t claim a monopoly over real-world public domain objects such as a cloud formation,” Heavey says. “The problem with that argument is that it’s not a similar cloud they use — it’s my cloud photo.”

This case is strangely similar to what photographer Gough Lui experienced last year when he found that his photo of a VHS cassette had been used for the box art of a Stranger Things disc set being sold in stores. After going public with his complaint, Lui finally received compensation from Netflix for the usage.

Heavey admits that his case is somewhat different, as his photo was used privately as concept art and not in the actual show or in commercial products as Lui’s was.

“I figure someone pulled the image from the Web and used it in the piece, which was only shown in-house until they made the behind the scenes documentary,” Heavey says. “But I feel that once they use it in the documentary, then it becomes an official usage and I am entitled to usage fees like any other.”

Heavey has taken to Facebook to express his displeasure, and many photographers left comments supporting him.

“I honestly don’t think the in-house Netflix counsel looked at the example we sent, and that’s why we got the response we got back,” Heavey says. “To me its pretty obvious that it’s my image and I’m surprised that they didn’t just go, ‘yep,’ and offer a license fee like [in Gui’s case].”

Heavey says he currently has legal representation and is working to figure out his next steps.

Update on 9/17/18: Heavey has filed a lawsuit against Netflix, accusing them of copyright infringement for the company’s use of his storm photo.

A Comparison of all the 120 Film Stocks on the Market

What One Photographer Learned from Failing a Photo Shoot