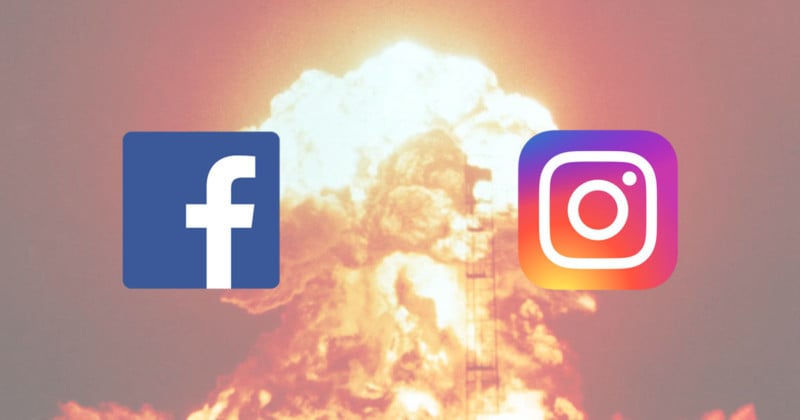 Facebook has suspended 10 large groups on its service that were being used by hundreds of thousands of people to game Instagram in hopes of making their photos more popular.

BuzzFeed reports that the move came after it contacted Instagram about the groups, one of which had over 200,000 members by itself.

Groups dedicated to gaming Instagram were born after Instagram switched its feed in 2016 from a simple, chronological one to an algorithm-driven one that shows and orders posts based on a number of internal metrics.

People began banding together in forums and chats to create “pods”, or groups in which everyone would follow, like, and/or comment on each other’s accounts and posts in order to trick Instagram’s algorithm into believing that the photos are organically popular and pushing them in front of a much wider audience (e.g. showing them in the Explore tab).

With top Instagram users (and even dogs) earning many thousands of dollars per sponsored photo, having a popular Instagram account is potentially extremely lucrative, and it’s not hard to see why many users work to inflate their numbers.

The 10 suspended groups were apparently giant pods in themselves or communities that helped their members form smaller pods outside the group.

Instagram has cracked down on the use of software bots that engage with other users in hopes of receiving engagement back, perhaps even “shadowbanning” users who commit the offense, but now it’s clear that pods and Instagram gaming communities are on the wrong side of Instagram’s “law” as well.

The 10 deleted groups are almost certainly just the tip of the iceberg of what’s out there on the Internet right now — a quick search on Facebook reveals many more groups — so don’t be surprised if you hear of more suspensions on this front in the near future.

Portraits of Athletes Before and After They Get Sweaty