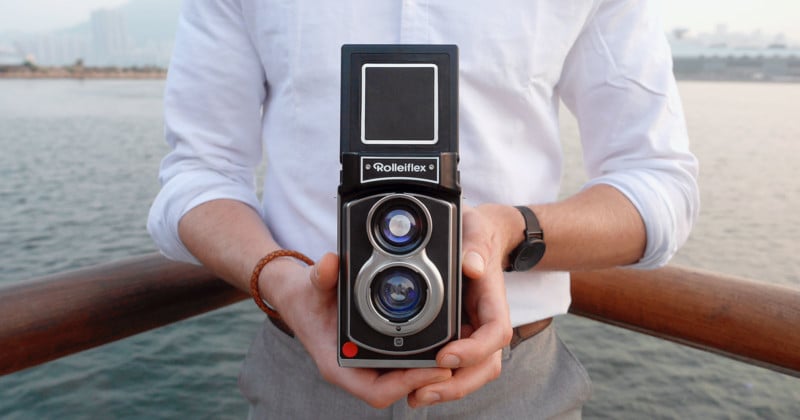 
“It’s been a long time since we’ve manufactured twin lens reflex cameras, but we’re proud to introduce you to the newest addition to the Rolleiflex Camera family,” Rollei writes. 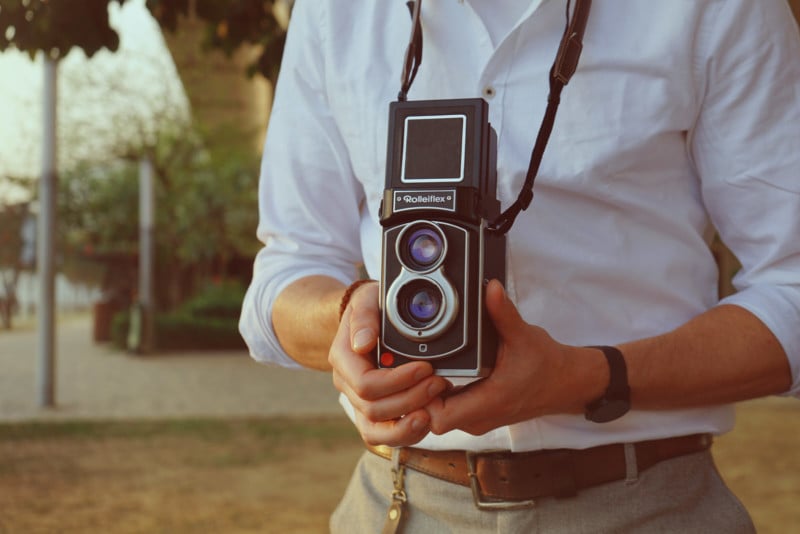 The very first Rolleiflex twin-lens reflex camera was launched back in 1927, and the company continued to develop and refine the camera design over the following years and decades. The final Rolleiflex was released in the 1960s, “leaving only vintage cameras behind for true photography enthusiasts,” Rollei says.

But now, three years after the Rolleiflex factory was liquidated at auction and just after the 90th birthday of the first TLR, the brand is being brought back from the dead in the form of an instant camera. 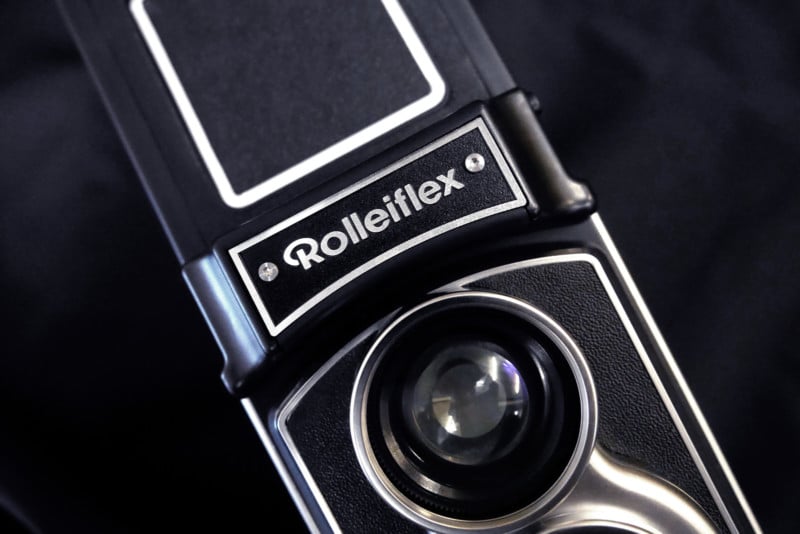 “[W]e gathered camera enthusiasts, experienced technicians, TLR lovers and other camera manufacturers together in order to brainstorm new ideas for how to re-introduce the TLR for the modern era,” the company says. The Rolleiflex Instant Kamera is what resulted. 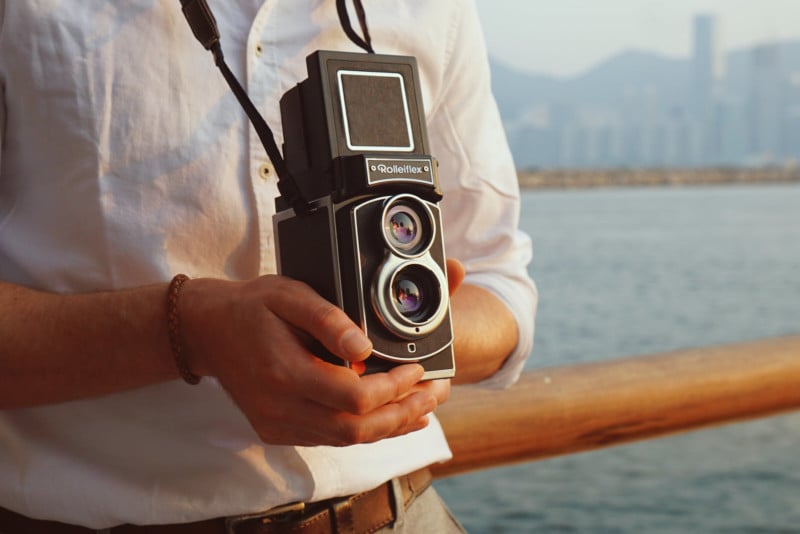 The camera features a twin-lens reflex system with a Fresnel anti-glare coated viewfinder that allows you to shoot the camera from waist-level while looking down at it — a built-in magnifier lets you see finer details while using the manual focus system (operated using a dial on the side). 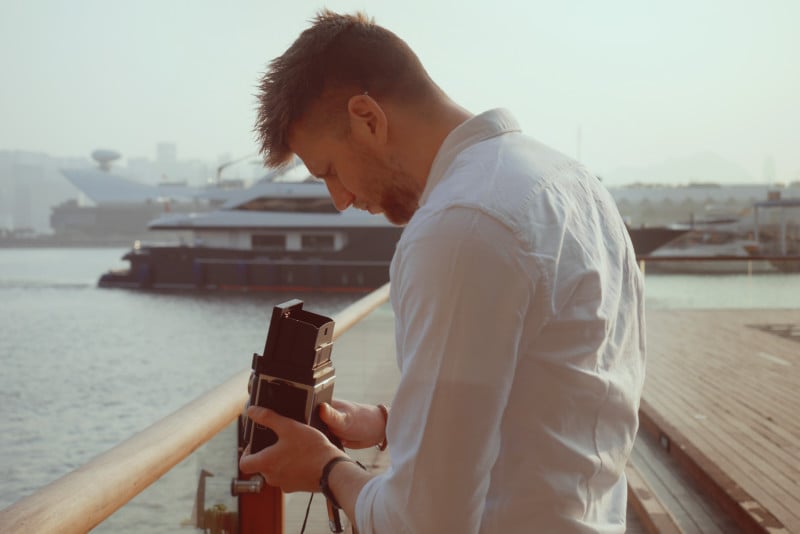 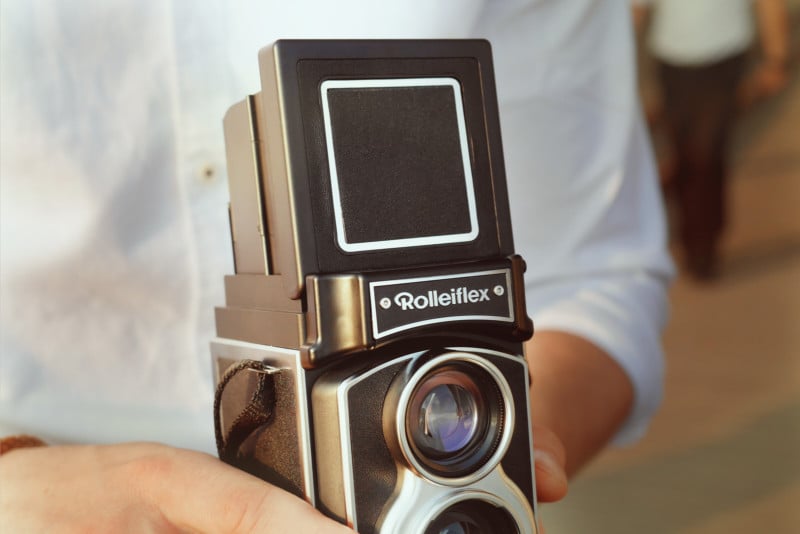 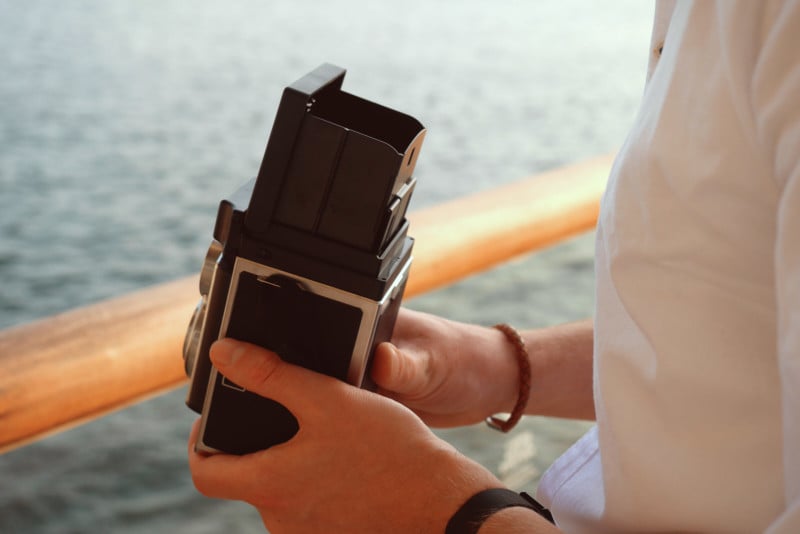 On the front of the body is a 3-element Aspheric 61mm lens with a minimum focusing distance of 48cm (~19in). 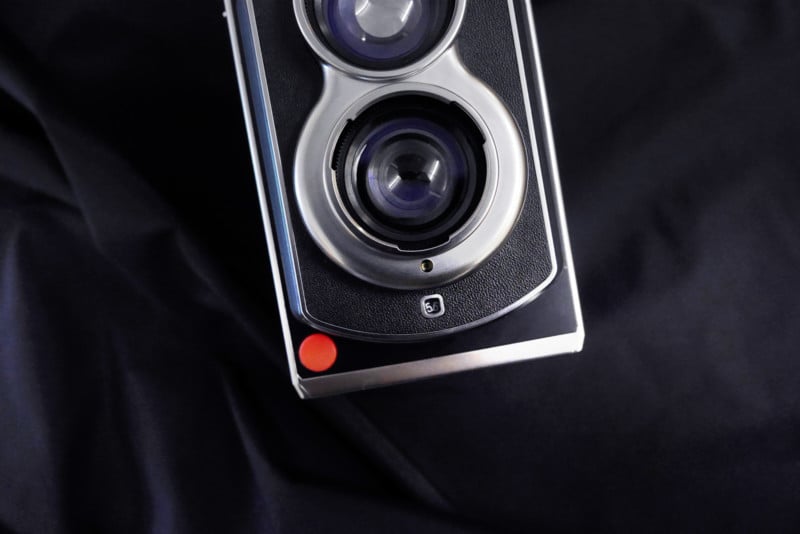 After choosing your settings and pressing the shutter button to expose a shot, pressing the film eject button causes the Instax photo to be ejected through the viewfinder box. 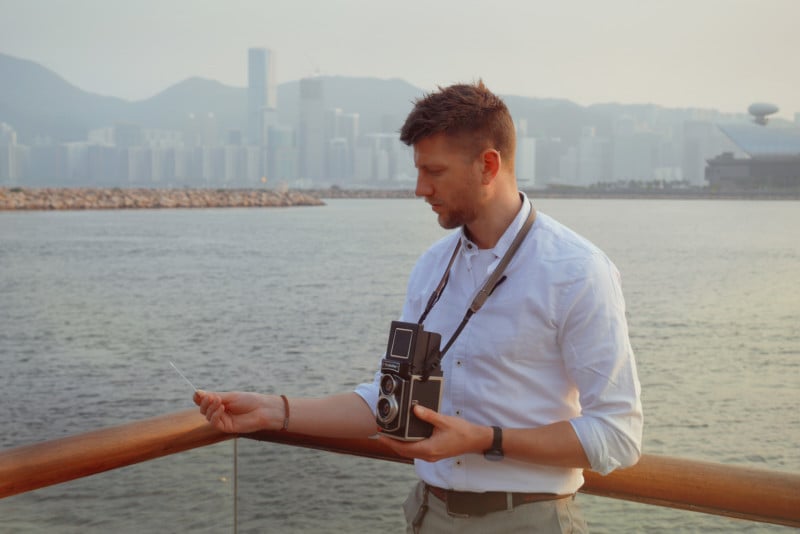 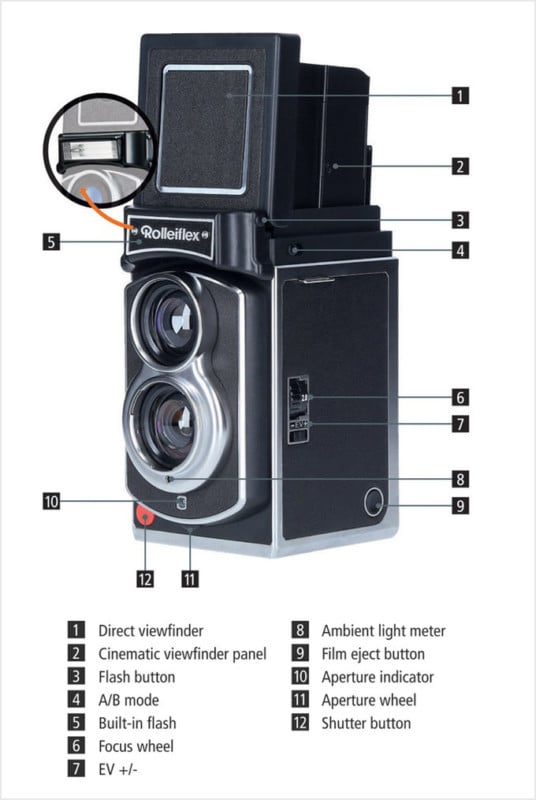 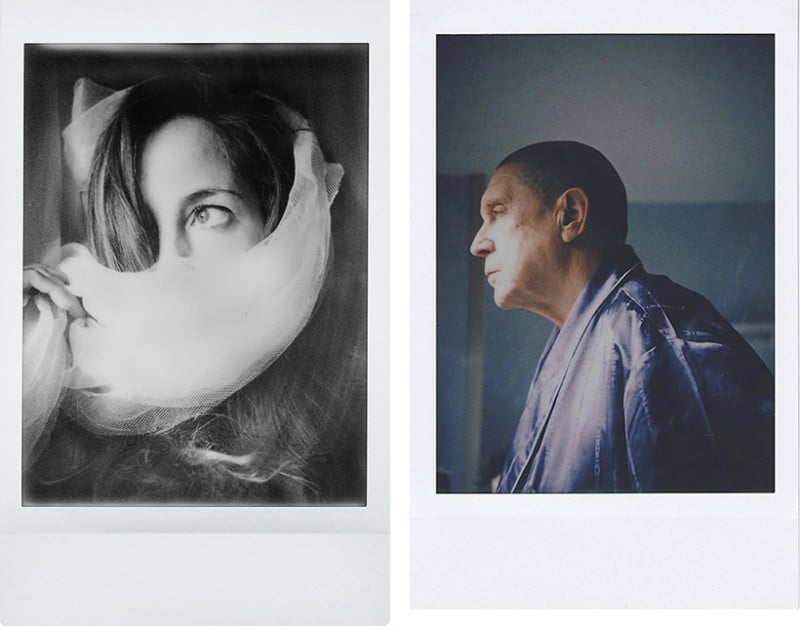 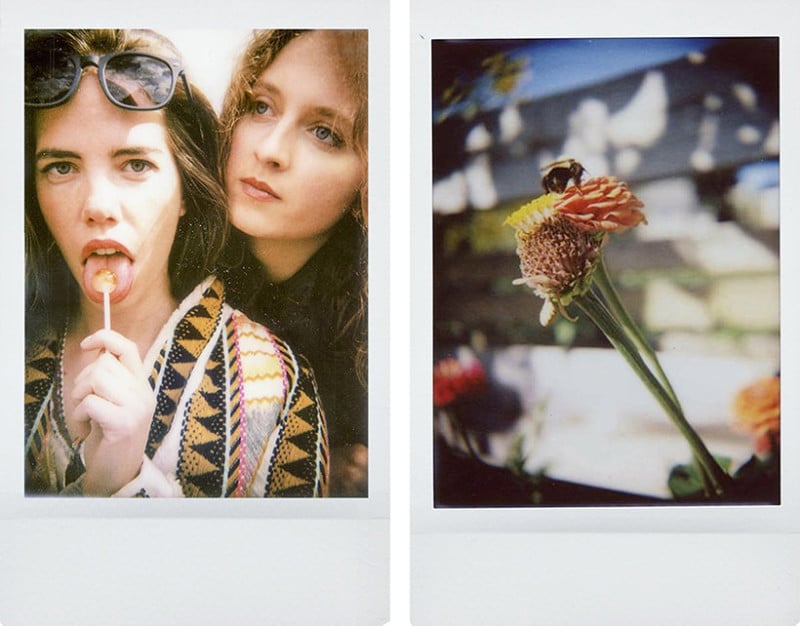 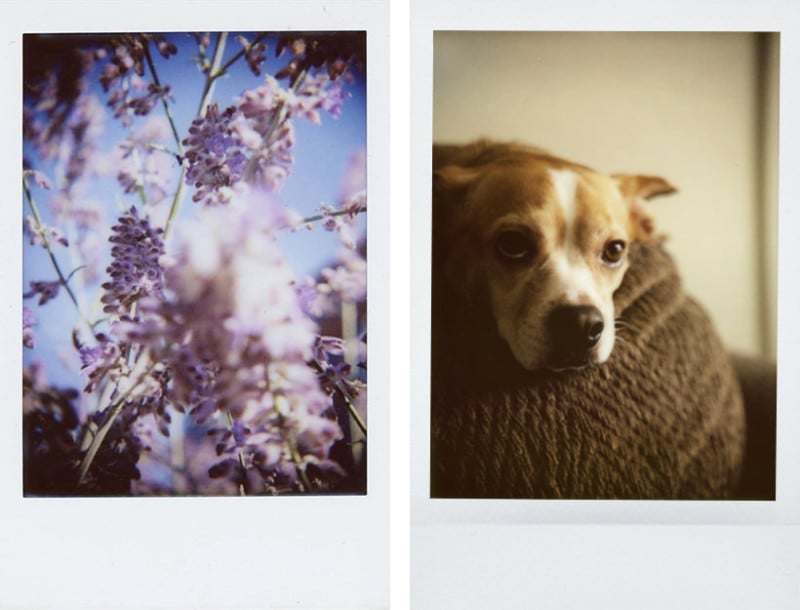 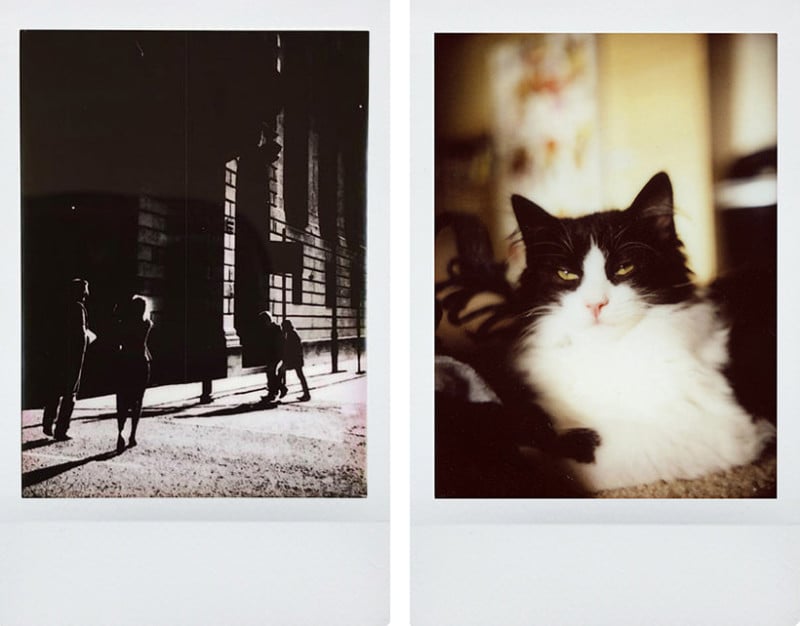 “We’re confident that Rolleiflex Instant Kamera will evoke memories of days gone by when in the hands of people who grew up with one in the 60s,” Rollei says. “But we also want to introduce ourselves to a new generation of analog photographers to help them release their untapped creative potential.”

If you feel like the new Rolleiflex Instant Kamera looks familiar, there’s a good reason for that: the camera was created with the help of MiNT, the Hong Kong-based company behind the the TL70. While the Instant Kamera may look virtually identical to the TL70 2.0, there are spec and performance differences between the two cameras.

The Rolleiflex Instant Kamera is being launched through a Kickstarter crowdfunding campaign, where a contribution of about $395 will let you receive one of the first cameras if the project successfully delivers in October 2018.