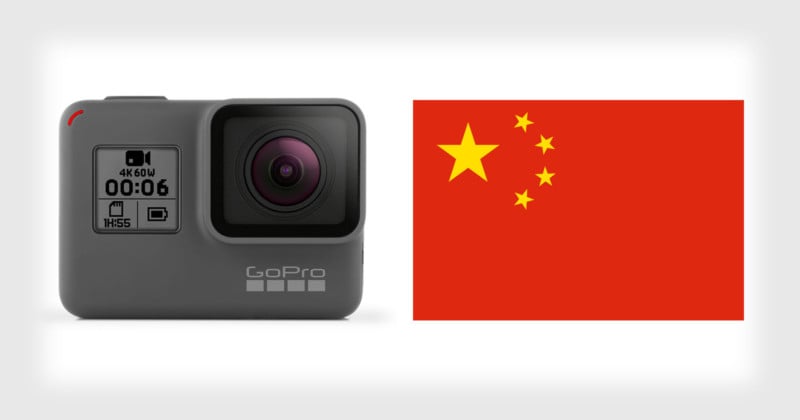 GoPro’s brand may be widely recognized, but its business has been struggling mightily as of late. But there’s now some news that may offer a glimmer of hope for investors: GoPro may soon become a Chinese-owned company.

The Information reports that the Chinese electronics company Xiaomi has been considering making an offer to acquire GoPro. GoPro’s stock, down to around $5 from a high of nearly $90 in 2014, jumped nearly 9% on the news yesterday.

Xiaomi makes a wide range of electronics, from smartphones to laptops to the Yi action camera, a GoPro competitor that was announced in 2015, and the Yi M1, a cheap mirrorless camera.

While GoPro has revenues of a little over $1 billion, Xiaomi boasts sales of over $15 billion annually.

GoPro founder and CEO Nick Woodman has publicly stated in recent days that he’s open to a deal, but serious offers for the business have been slow in coming. In the meantime, GoPro has been making moves to prop up its revenues, from licensing out its camera tech to unveiling a $200 budget camera for the masses.

Xiaomi is approaching any possible deal cautiously because it “doesn’t want to overpay,” The Information reports, saying that DJI was also pitched by bankers regarding a potential acquisition but wasn’t interested at all “because it saw no value in the company.”

GoPro has a market cap of about $795 million at the moment, having once been valued at over $10 billion. A deal could potentially see the company sell at around $1 billion, The Information writes, based on what HP paid for the struggling electronics company Palm back in 2010.

Here’s a Stunning 4K Tour of the Moon