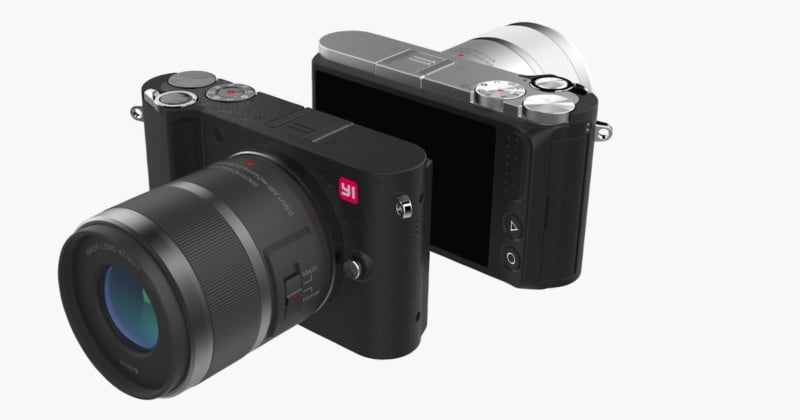 If you want a camera that looks like a Leica T but will cost you less than a third the price, Chinese electronics manufacturer Xiaoyi has something for you. It’s called the M1, and it’s a Micro Four Thirds mirrorless ILC that won’t come close to hurting your bank account.

The M1 doesn’t boast any headline-grabbing specs. Inside is a 20MP Sony IMX269 Micro Four Thirds sensor that shoots RAW DNG at a max ISO of 25,600 and can capture 4K video. The backside of the camera features a 3-inch 720 x 480 touchscreen display with “phone-like” controls for the smartphone generation, and even though there is no EVF or built-in flash, WiFi and Bluetooth are included.

Specs are decidedly middle of the road. Where the M1 wins points, however, is for looks and price point.

A modern, Leica-like aesthetic with a red rectangle where you might expect a Leica circle make for a good looking camera: The M1 will begin selling through China’s JD.com on September 23rd, but no international release date or even plans to announce one have been shared. We guess, for now, you’ll just have to pony up for that Leica T…

(via Yi via Engadget)