Back in 2010, Canon was challenged by German wildlife filmmaker Ivo Norenberg create an extreme, “impossible” lens. Canon accepted the challenge, and this 7-minute video is the fascinating story of how the $70,000 Canon CINE-SERVO 50-1000mm T5.0-8.9 EF-mount cinema lens came to be.

Norenberg had detailed specifications in mind for his “wildlife dream lens” — a combination of features and specs that seemed ridiculous at the time.

He wanted to be able to full frame a subject 4 to 5 feet in height (like many wild animals) from a distance of 300 to 350 feet. Canon decided this meant the lens would have a focal length of 1000mm on the telephoto end based on a Super 35 sensor.

But Norenberg also wanted to be able to shoot wide views of landscapes, so Canon decided the lens would need to be 50mm on the wide end.

But cinema cameras with powerful zoom abilities are generally big and bulky, but Norenberg also wanted the lens to be compact and lightweight, weighing no more than 15 pounds and measuring no more than 16 inches long.

This combination of big zoom range and small form factor is what made this project difficult. In fact, Canon says it was “the most challenging project ever undertaken by the Canon optical design team.”

But nonetheless, Canon said “challenge accepted,” and after a great deal of brainstorming and design work, the Canon CINE-SERVO 50-1000mm is what resulted. The lens was officially unveiled in October 2014. 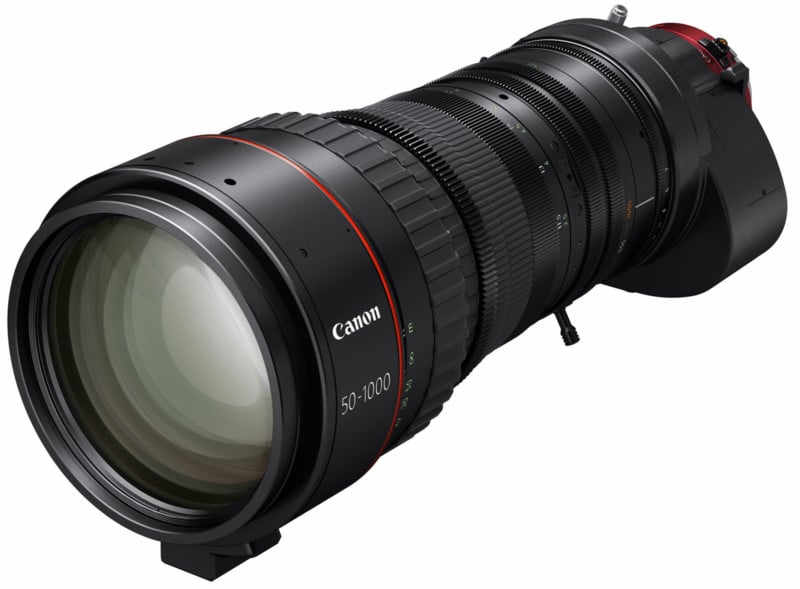 Canon even went above and beyond Norenberg requests by building a 1.5x extender directly into the lens, bringing its telephoto reach to 1500mm and giving the lens a total zoom range of 30x.

“Canon really met 100% my specifications and my ideas,” Norenberg says.

The Best Wedding and Engagement Poses in Less Than 2 Minutes

Ep. 269: Adorama, Ken Rockwell, and the Internets – and more