UK wedding photographer Stacey Oliver was photographing a castle wedding ceremony earlier this month when an owl was brought out to bring the rings down the aisle. Things didn’t exactly go according to plan, resulting in a series of very memorable wedding photos.

The bride and groom, Jeni Arrowsmith and Mark Wood, had decided to use a trained owl as their ring bearer as a surprise for their guests during the ceremony at Peckforton Castle in Cheshire, England, on March 17th.

At first, the owl did its job well: it obediently flew from the trainer to the gloved hand of one of the wedding’s two best men. 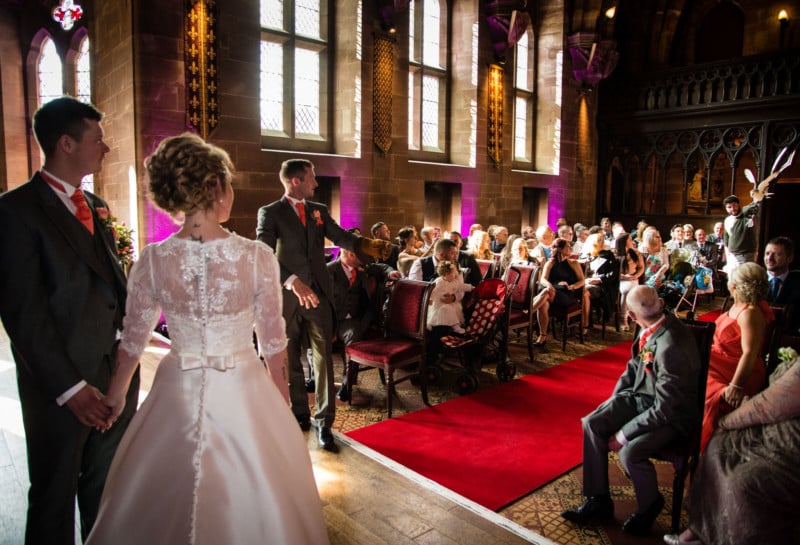 But after a few seconds of fluttering while the best man tried to get the take from the owl, the owl noticed a seated man pointing at it with an outstretched arm. So, it did what it was trained to do: fly to the arm.

The owl dove at the second best man seated nearby who, unfortunately, is terrified of birds. That best man fell off his chair in surprise, causing a roar of laughter from the entire room. It’s “one picture I’ll never forget taking,” Oliver writes. The entire incident was also captured by a nearby video camera:

After everyone had a good laugh, the beautiful wedding ceremony resumed. 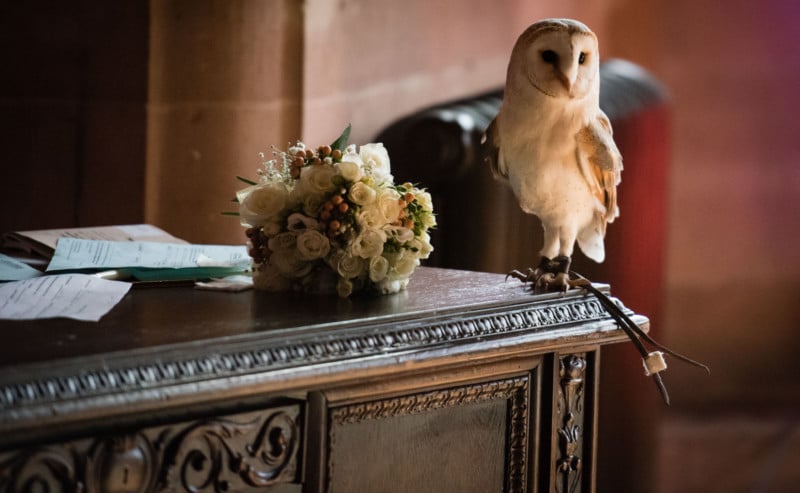 These photos have since gone viral, making both national UK and international news. You can find more of Oliver’s work on her website.

(via Stacey Oliver via Fstoppers)

Image credits: Photographs by Stacey Oliver and used with permission

The Winning Photos of the 2017 Smithsonian Photo Contest

The Science of Exposure and Metering: Light’s Pathway from Scene to Sensor