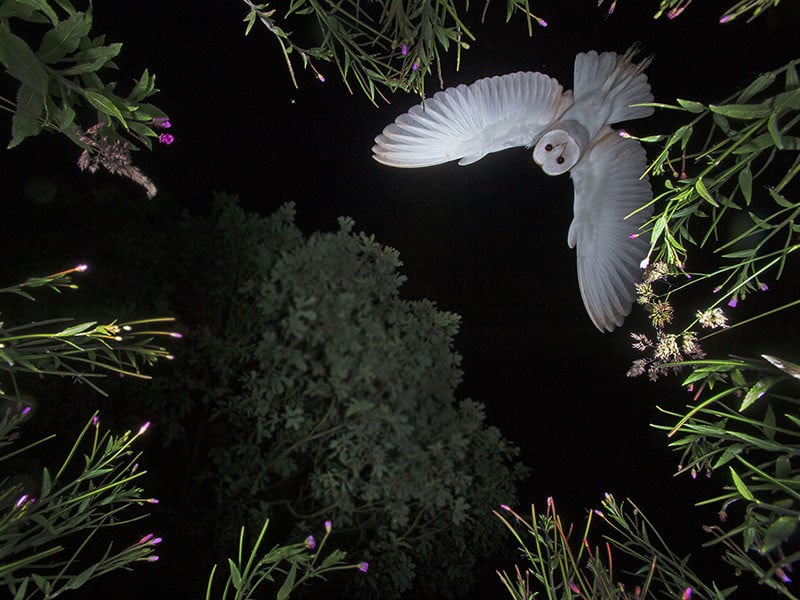 Check out this amazing photograph of a barn owl flying overhead, captured in August 2015 by nature photographer Roy Rimmer. It’s a shot that took an incredible amount of planning and perseverance to pull off.

Rimmer has been working on this particular setup for well over a year. The idea started when he discovered a barn owl roosting in an owl box he installed several years ago in an oak tree. On rainy days, Rimmer would visit the owl and place mice or chicks on a post near the tree, allowing the owl to eat even though it can’t hunt. 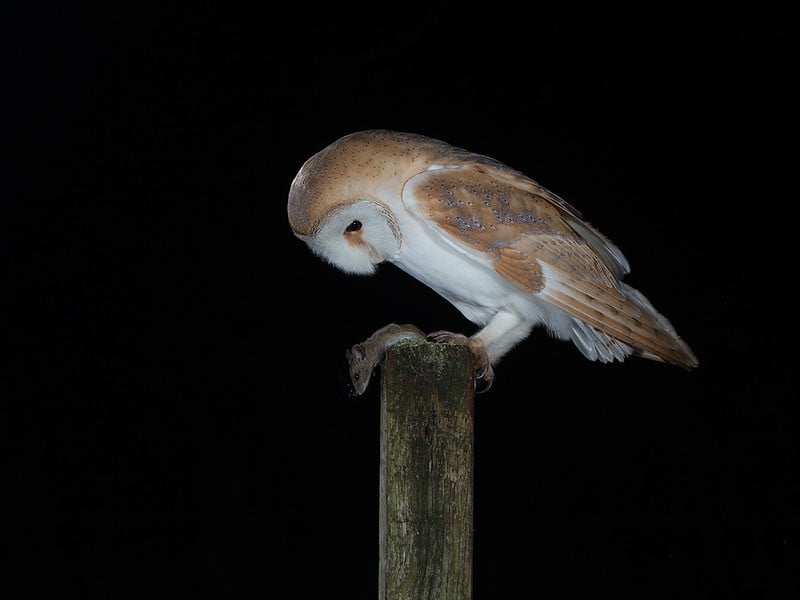 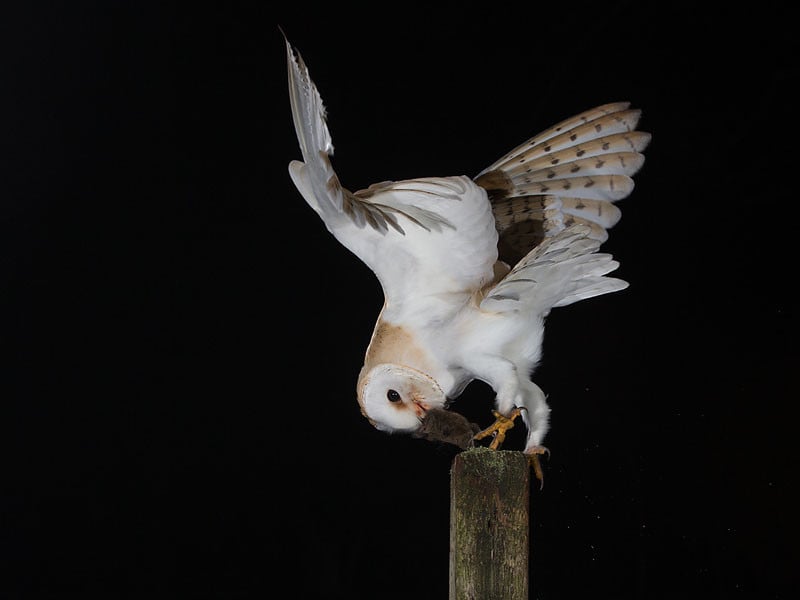 The photographer then noticed that when the owl would descend on his meal, it would hover for a moment above the area before swooping in — a perfect opportunity for a photo.

To get the owl used to Rimmer’s camera equipment, he began leaving his gear near the post. At first the owl ignored the food and flew off, but days later it grew accustomed to the cameras and began taking the bait again. Rimmer then set up a camera and two flashes and working on nailing the correct focus distance and exposure (using a white fluffy toy as a stand-in model).

Finally, when everything was calculated and ready to go, Rimmer spent a couple of nights sitting in a hide, waiting for the owl to emerge and land on the post. When it finally did, Rimmer fired off an exposure using a remote shutter release. Voila! A perfect shot:

“I think this image is my reward for probably keeping the owl alive through the terrible winter we had,” Rimmer tells PetaPixel.

Image credits: Photographs by Roy Rimmer and used with permission