You’ve probably learned about the exposure triangle countless times by now. If you want a deeper understanding of the science of exposure, though, check out this 30-minute video by Filmmaker IQ.

“I wanted to take a bit of a different approach to exposure and think of it as a pathway of light,” founder John P. Hess tells PetaPixel. “In doing so I found some new revelations about the relationship between light and metering that don’t really get answered with the exposure triangle.”

Hess examines the pathway light takes to get from scene to sensor, a four-phase journey that includes scene luminance, lens modification, exposure (aperture and shutter speed), and recording sensitivity. 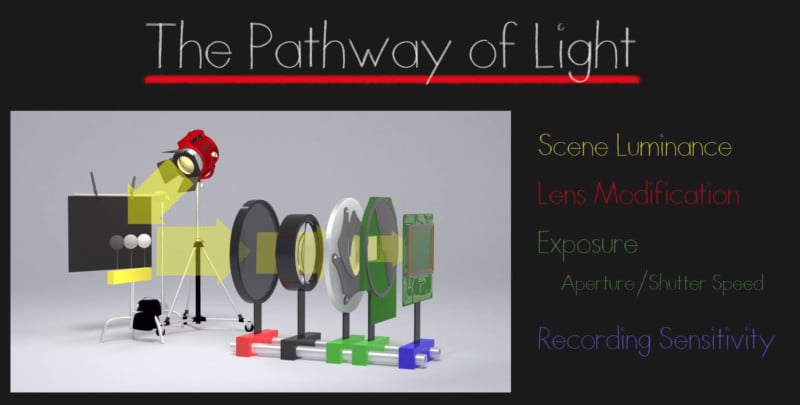 “Each of these aspects of the pathway of light is crucial toward creating the final image,” Hess concludes. “Light is all there is, whether you are carefully crafting it or snapping a selfie. This interplay of light that we’ve discussed is happening in every photograph.”

You can find more educational videos by Filmmaker IQ on its popular YouTube channel.

Here’s a Dazzling Time-Lapse of Mt. Everest at Night