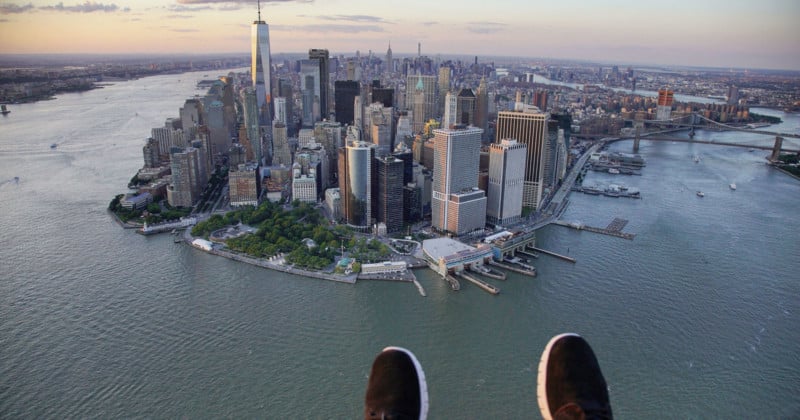 The FAA has issued an immediate ban on certain “doors-off” helicopter flights nationwide in the aftermath of the photo tour helicopter crash in New York City this week. 5 passengers died by drowning in the East River after not being able to escape their safety harnesses.

The New York Times reports that the FAA is scrutinizing on the harnesses used in “doors-off” flights, as they attach passengers to the rear of the cabin and do not have any way to be removed quickly in the event of an emergency.

FAA Statement 1/3: #Helicopter operators, #pilots & consumers should be aware of the hazard from supplemental restraint devices during an emergency evacuation during “doors off” flights. The FAA will order operators & pilots to take immediate action to control/mitigate this risk.

FAA Statement 2/3: Until then, the #FAA will order no more “doors off” operations that involve restraints that cannot be released quickly in an emergency.

FAA Statement 3/3: Additionally, the #FAA will conduct a top to bottom review of its rules governing these #flights to examine any potential misapplication that could create #safety gaps for #passengers.

Doors-off helicopter flights have become increasingly popular for photography purposes, as they allow photographers to capture aerial photos without glass interfering with their images.

Join us at @omnianightclub tonight for our official #HAIHeliExpo after party with sounds by @thisisburns4real 🚁😎 . Don’t be left out 👊🏻

And among doors-off helicopter flights available across the US, many use harnesses that are difficult for passengers to remove themselves. The passengers in the doomed NYC flight were given small blades to cut through the tethers in the event of an emergency, but it’s reported that many passengers may not even be aware of where the blades were located in the cabin.

Image credits: Header photo by Ryan Hallock and licensed under CC BY 2.0

Using Diffusion Filters: A Comparison of LEE Soft Filters 1 to 5