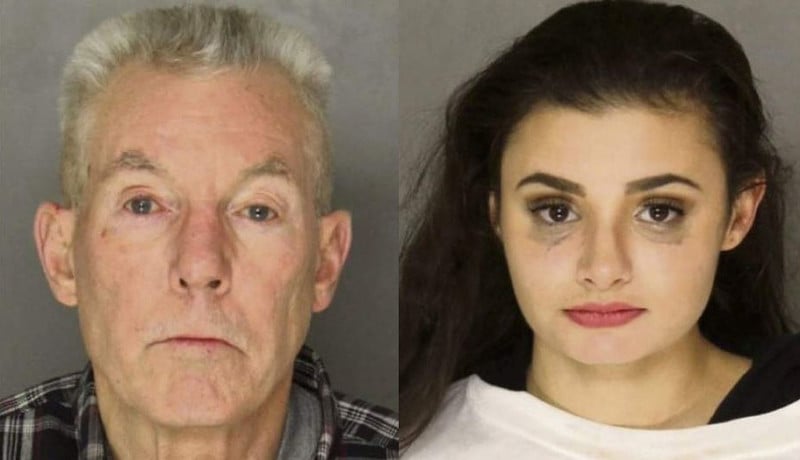 A photographer and model have learned that hard way that if you’re going to do a photo shoot involving nudity, a busy strip mall is not a wise location to pick. The Pennsylvania duo has just pleaded guilty after they were arrested last year for their ill-advised shoot.

TribLIVE reports that 64-year-old Michael Warnock and 22-year-old Indiana University of Pennsylvania student Chelsea Guerra pleaded guilty to misdemeanor disorderly conduct charges on Monday. As part of the plea agreement, the pair must each pay a $300 fine and other charges against them are being dropped.

Guerra originally connected with Warnock in early 2017 after responding to a Craigslist ad placed by the photographer in which he sought a nude photo shoot model for $300.

Warnock decided to hold the shoot at the busy Miracle Mile Shopping Center in Monroeville, Pennsylvania, at 11 a.m. in the morning in full view of shoppers, at least one of whom called 911.

Police arrived to find Guerra posing in front of the strip mall wearing only thigh-high stockings and high-heeled shoes while Warnock snapped photos.

Guerra has defended her actions, saying that the goal of the photos was “art.”

“My nude modeling is honest work, and I use it mostly to fund my college career,” Guerra told upgruv in April 2017 after her arrest. “I didn’t know [it was illegal] at the time, and really, in hindsight, all I can say is that my intent or what I was trying to do was not be obscene and shocking to people and offend people.

“I was only there to do an art project for a photographer.”