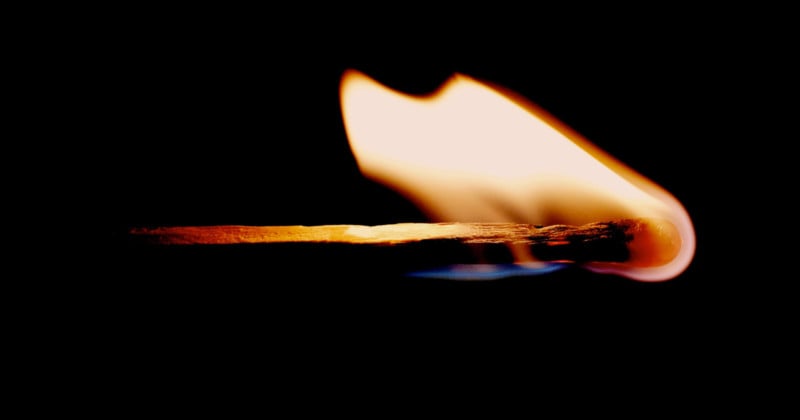 An amateur photographer from Utah is facing charges of criminal trespass and arson after an ill-advised photo shoot during which he set a vacant home on fire multiple times “in order to photograph it,” and wasn’t able to put the fire out.

According to Gephardt Daily, 48-year-old Thomas Shea of Woodland, Utah was discovered by authorities in his car near the home, with burns on his face and hands. He was immediately taken to Park City Medical Center for treatment, at which point he was claiming that he stopped at the home after he saw smoke coming out.

However, after authorities discovered signs of arson, Shea changed his story.

“Shea said he knew the residence was vacant and he went there to take pictures,” reads a probable cause statement from Summit County 3rd District Court. “Shea stated he brought a five gallon container of gasoline, a fire extinguisher and camera equipment inside the residence. He stated he mounted his cell phone on a tripod to video him lighting the fires.”

According to the statement, he successfully started and put out two fires before the third got out of control.

After receiving treatment his burns, Shea was taken to Summit County Jail where his bail has been set at $10,680. According to Gephardt Daily‘s original report, Shea caused approximately $5,000 in damage and is now facing two charges: arson, a second-degree felony, and criminal trespass, a class B misdemeanor.

(via Gephardt Daily via Fstoppers)

This Sleek Keyboard Doubles as an SD Card Reader, USB Hub, and More

Fujifilm is Going to Release an X-H2, But Probably Not This Year: Report