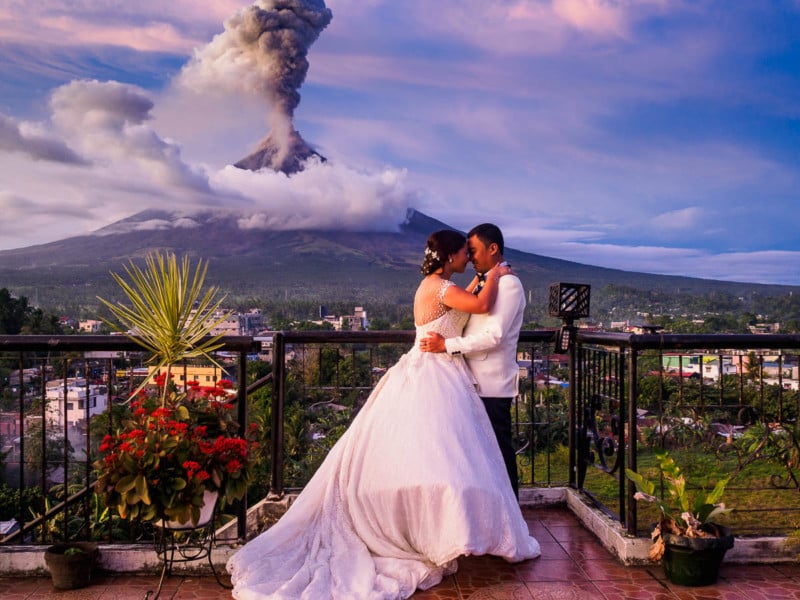 A photojournalist in the Philippines stumbled upon a newlywed couple while covering the Mayon volcano eruption last week. What resulted was an epic (and completely unplanned) wedding photo at the moment the volcano erupted.

Bangkok-based photographer Jack Kurtz arrived in the Philippines on January 20th to cover the eruption for ZUMA Press. After five days of shooting intense subjects, including people in evacuation centers, he decided to take a “personal day” to run some errands and shoot some photos for himself.

At about 4:30pm, he drove a few kilometers to a nearby church to shoot a sunset photo of the volcano erupting.

“I was specifically hoping to make a photo at sunset or just after with some detail still in the sky and the lights of the nearby community in the foreground at the base of the photo,” Kurtz tells PetaPixel. “The volcano had been quiet all day. I didn’t know if it would erupt, and it was cloudy, so I didn’t know if I would be able to see the volcano if it erupted. But nothing ventured nothing gained, and off to the church I went.”

After arriving at the church, the volcano was still quiet with no sign of any eruption, and clouds were covering the cone.

“I waited,” Kurtz says. “As it got later, the clouds drifted off and smoke started to puff its way out of the cone, signaling a likely eruption. All good signs. I set up my small tabletop tripod on a flat rock, made a couple of test pictures […] Everything was working so I sat down and waited.”

As he was waiting to see what would happen, Kurtz suddenly saw a newlywed couple come out of their wedding at the church to a restaurant near him. And at that moment, the volcano erupted.

Kurtz picked up his camera, ran over to the restaurant, got permission from both the couple and their wedding photographer to shoot and use the photos, and started capturing some portraits.

After photographing the couple, Kurtz still had some time to shoot the shots he had gone to the church to make:

Update on 1/31/18: The couple Arlo and Maica was officially being photographed by Nebreja Bros. Media, which also captured beautiful photos of the moment: 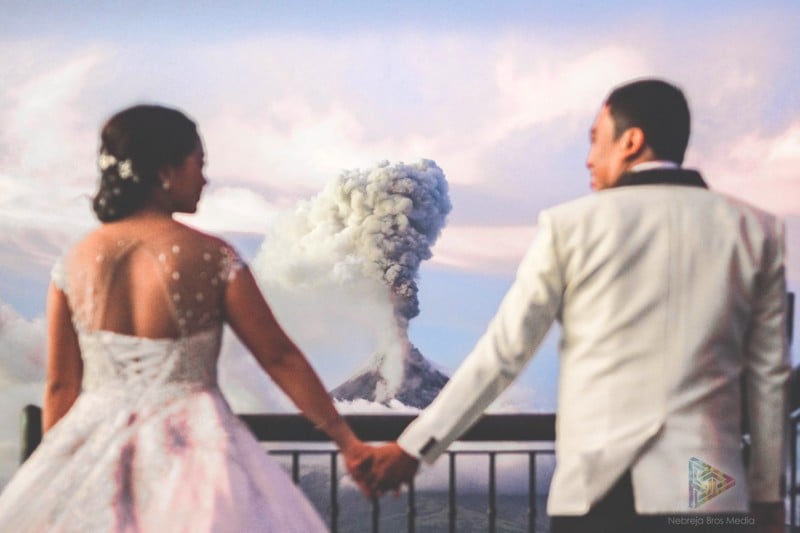 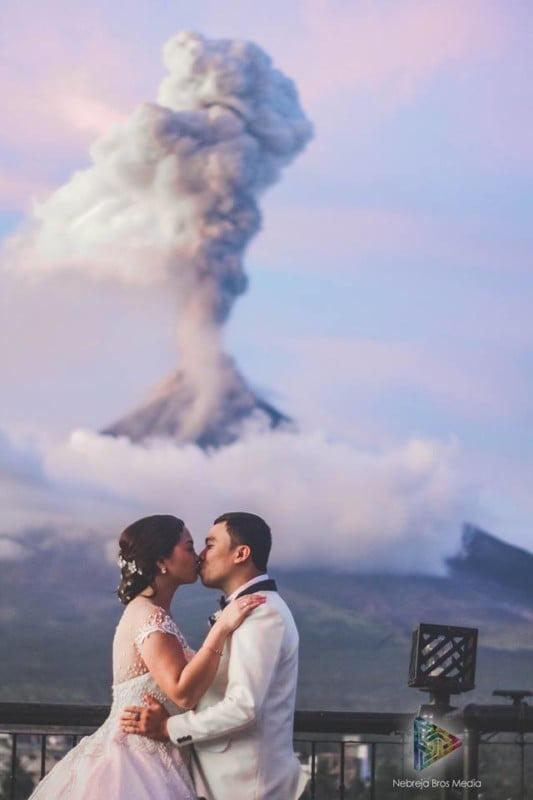 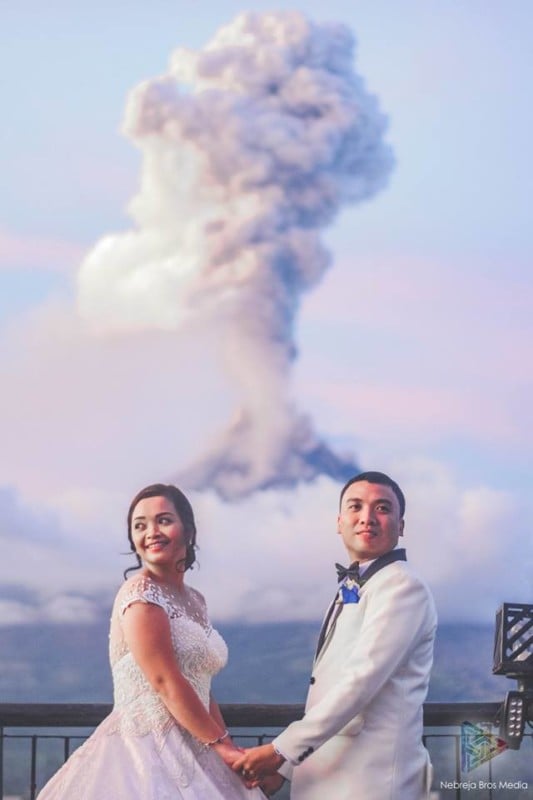 Image credits: All photographs used with permission from their respective owners

How to Photograph Perfume Bottles with a Single Speedlight

20 Square Meters: A Summer of Photos on My Patio as a Creativity Challenge