The talk show The View just did an exclusive interview with three of the male models who have publicly accused famous fashion photographers Bruce Weber and Mario Testino of sexual misconduct. The models spoke about their experiences and the current state of the fashion photography industry.

In the 9.5-minute video above, models Josh Ardolf and Bobby Roache start out by sharing their stories of how Weber invited them to photo shoots and began inappropriately touching them as things escalated.

Model Jason Fedele then shared about how he has witnessed similar types of behavior from Testino. 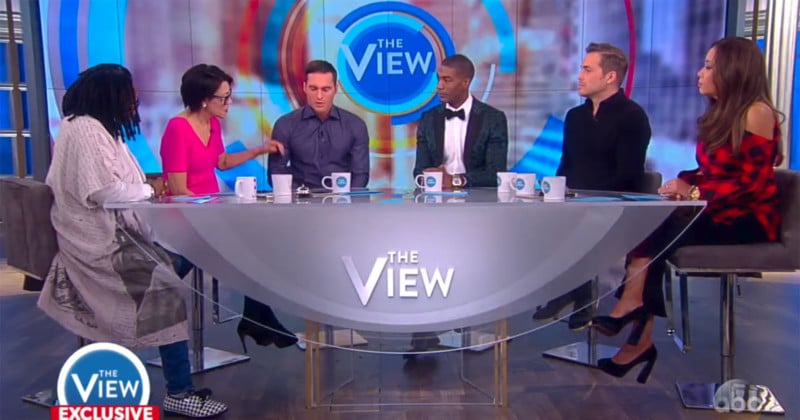 Weber has vehemently denied the allegations against him, telling the New York Times that:

I’m completely shocked and saddened by the outrageous claims being made against me, which I absolutely deny […]

I have used common breathing exercises and professionally photographed thousands of nude models over my career, but never touched anyone inappropriately. Given my life’s work, these twisted and untrue allegations are truly disheartening. I’ve been taking pictures for over 40 years and have the utmost respect for everyone I’ve ever photographed. I would never, ever, try to hurt anyone or prevent someone from succeeding — it’s just not in my character.

Ardolf became visibly angry as the statement is read during the interview.

“Being with my story relates so much with all these others, it’s absurd that he’s still denying these claims,” he says.

The journalist who broke the story for the New York Times story was also present in the interview.

“With modeling, where you are selling sex, in a certain way, there’s a certain confusion around what appropriate behavior is, and that’s understandable,” Jacob Bernstein says. “It doesn’t mean you get to touch. It’s different than a corporate environment, and I think everybody is trying to figure out what’s what.”

Weber is currently being sued by a model for sexual harassment, and both he and Testino have been blacklisted by some of the biggest publications and brands in fashion in the aftermath of the Times piece.

This Photographer Combines His Loves for Science and Art