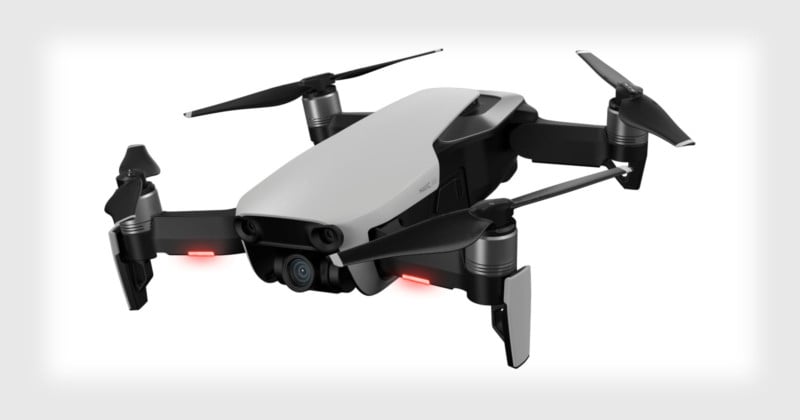 DJI has just announced a brand new drone, the Mavic Air, at an event in New York City. The new drone sits between the foldable Mavic Pro and the ultra-portable Spark and combines some of the best features of both worlds. 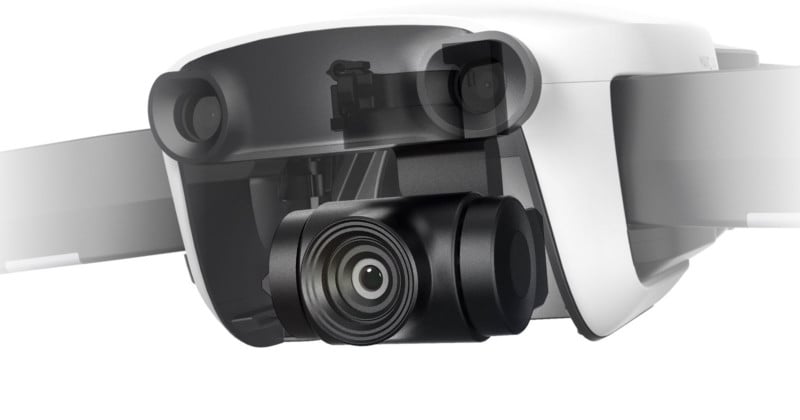 The Mavic Air can be folded up like the Mavic Pro yet is 41% lighter than its bigger counterpart (15oz/430g versus 1.62lb/734 g). It’s incredibly compact when folded, taking up less space than the Spark, allowing you to carry it around in a small case within your camera bag or backpack. “Its folding arms and propellers sit flush against its slender aerodynamic frame, making it so compact that its footprint is nearly the size of a modern smartphone when folded,” DJI says. 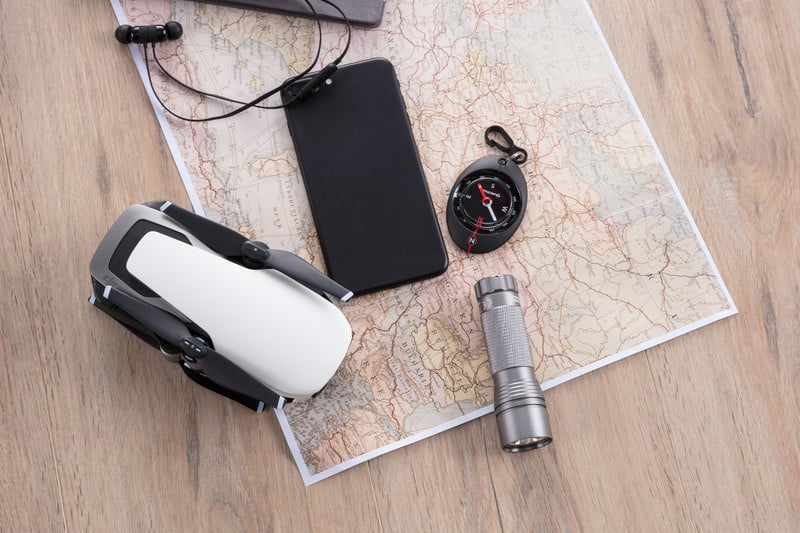 Alongside the drone comes a foldable remote control with a screen that displays a 1080p real-time video transmission. 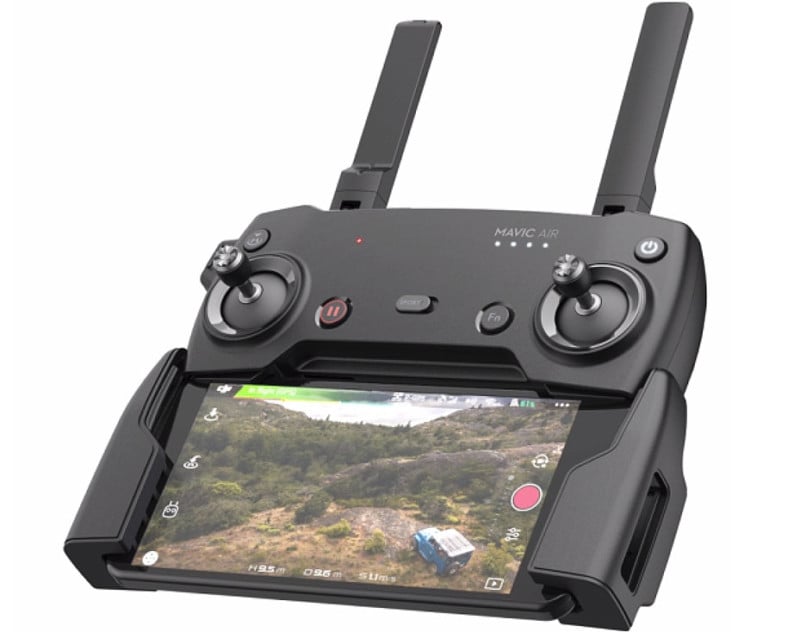 Here’s a short video that provides a tour of the Mavic Air’s sleek design:

On the software side of things, there are improved gesture controls, an upgraded FlightAutonomy 2.0 system for precise hovering and better flight performance, a 7-camera obstacle avoidance system, and ActiveTrack for sensing 16 selectable subjects simultaneously and following targets. The SmartCapture gesture controls allow you to control the Mavic Air with your hand, launching and controlling it with gestures and shooting photos and videos once in the air.

“With a maximum range of up to 20 feet (6 meters), you can give hand gesture commands to launch, follow, photograph, record, push, pull and land, letting you capture the moment from any angle without the need for a remote controller,” says DJI. 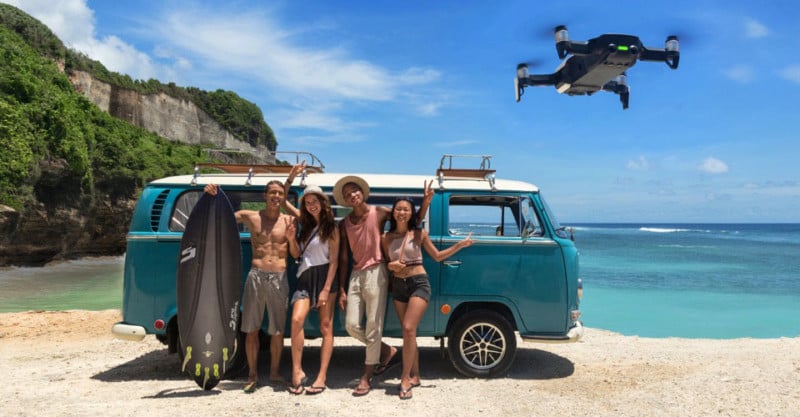 There are 6 different QuickShots modes: Rocket, Dronie, Circle, Helix, Asteroid, and Boomerang. These can be activated with a tap and helps you capture certain video shots without having to have advanced piloting or camerawork skills.

“Asteroid starts with a spherical image that zooms in as it descends toward the subject on the ground, while Boomerang circles the subject in an oval-shaped flight path with the video finishing at the start point,” DJI says.

There are also special modes that let you capture 32-megapixel spherical panorama photos (by shooting and stitching 25 photos within 1 minute), other types of panoramas (horizontal, vertical, and 180-degree), and HDR photos.

Other specs and features include 8GB of internal storage (a first for a DJI drone), a MicroSD card slot, and a USB-C port.

Here’s a selection of official sample photos that were shot using the Mavic Air: 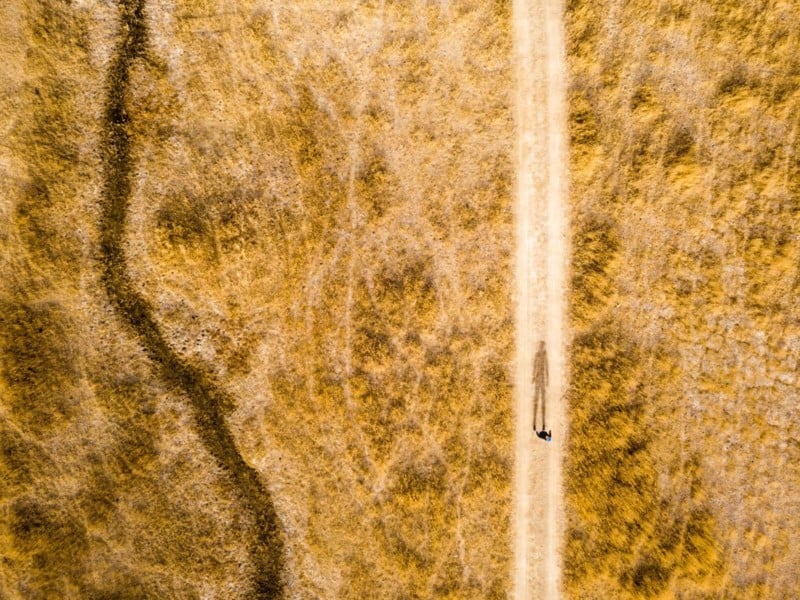 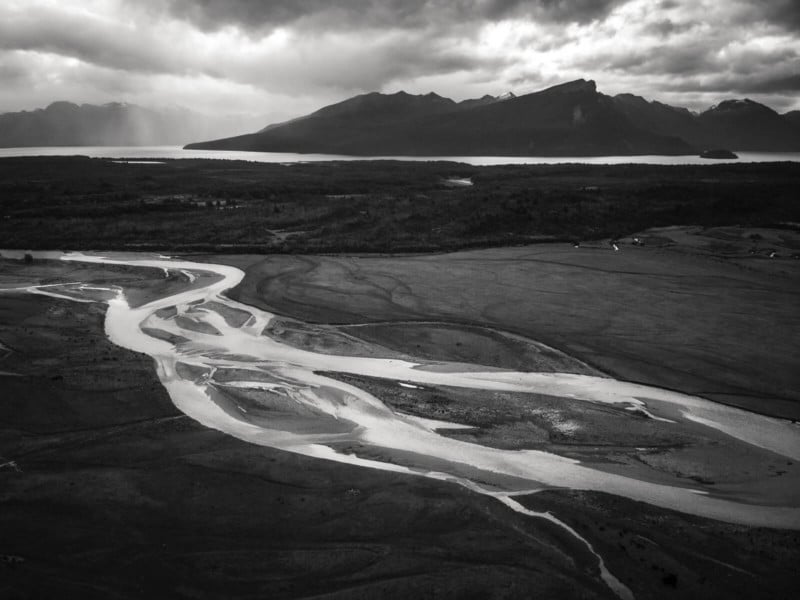 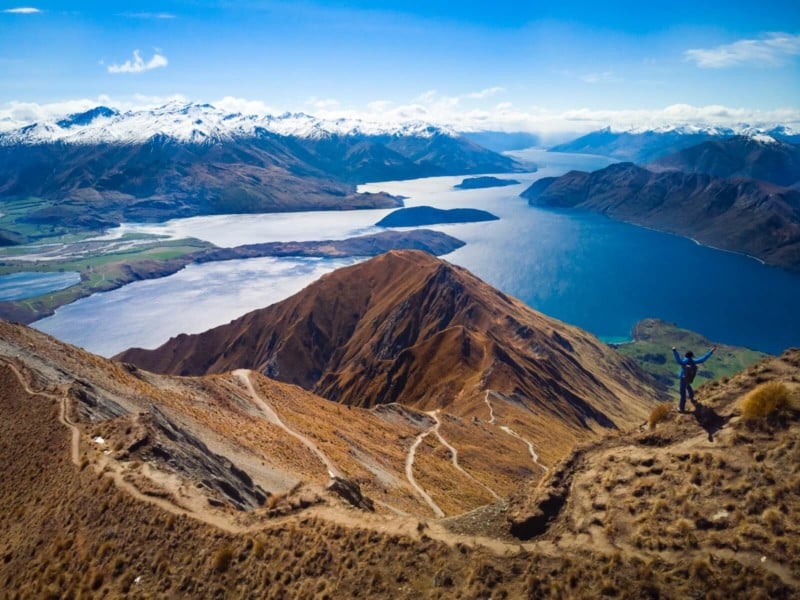 Here’s a 2-minute video that was shot using the Mavic Air:

The Mavic Air is available for pre-order starting today in Arctic White, Flame Red, and Onyx Black with a price tag of $799 (the Mavic Pro costs $999 and the Spark costs $499). It’s estimated to start shipping on January 28th.

How to Take Great Portraits with Only One Studio Light