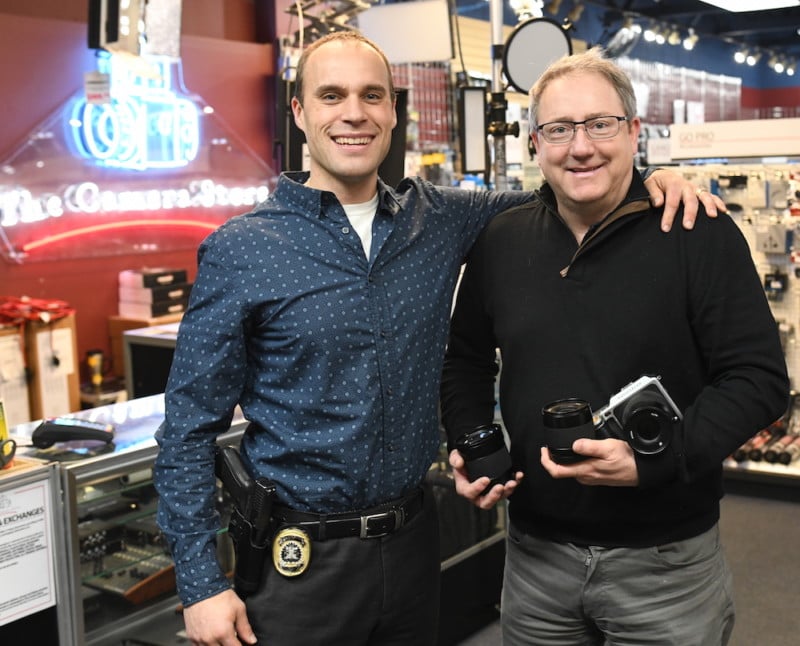 That was fast. Just 48 hours after the Canadian retailer The Camera Store announced a burglary, loss of $27,000 in equipment, and a $5,000 reward, most of the camera equipment has been recovered and suspects have just been arrested.

The Calgary Sun reports that it was all thanks to sharp-eyed tipsters who noticed some of the stolen camera equipment on the online buy-and-sell service Kijiji, a site that’s similar to Craigslist. 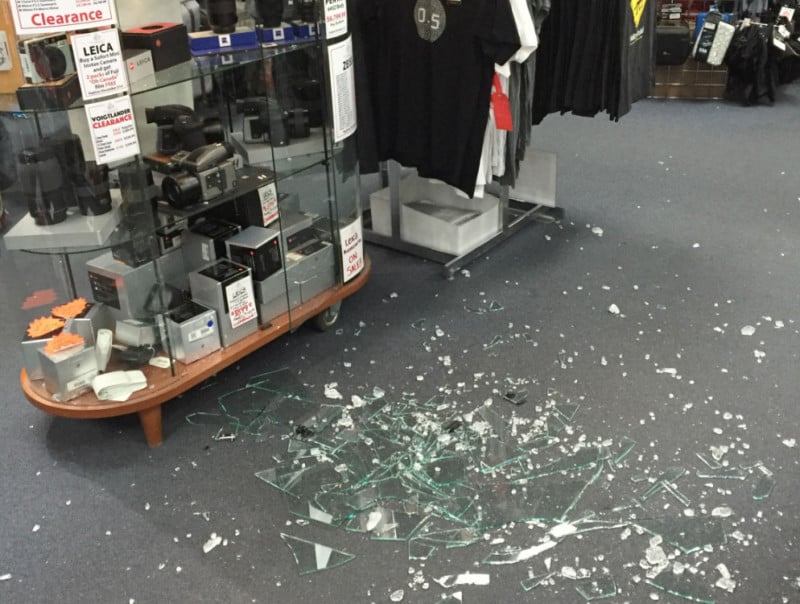 Sgt. Lee Dunbar of Calgary’s online stolen property team responded to the online “for sale” ad. During negotiations for the $8,000 Hasselblad X1D-50c camera being listed, the sellers also revealed that they were selling the same lenses that had been taken from the display case during the burglary.

Yesterday afternoon, an officer went undercover and met face-to-face with the sellers at a mall in northeast Calgary. After confirming that it was the stolen equipment, the two male sellers — 60-year-old Tan Bui and 36-year-old Justin Ross — were arrested for burglary.

“We are blown away by the diligent work of CPS and the support from our local community and the online photography community around the world,” The Camera Store writes. “Within minutes of posting the details, the word had spread across social media platforms and nearly every local news outlet reached us to report on the story.

“Multiple tips from the public lead Calgary police to the Kijiji listing that helped them recover our equipment and to arrest the two suspects.

“Once convictions are made, we will contact the person who was first to provide the information to CPS that allowed them to take action quickly, to collect their $5000 shopping spree reward.”

Update on 12/23/17: The rare limited-edition Leica has also been recovered after being discovered through a search warrant.