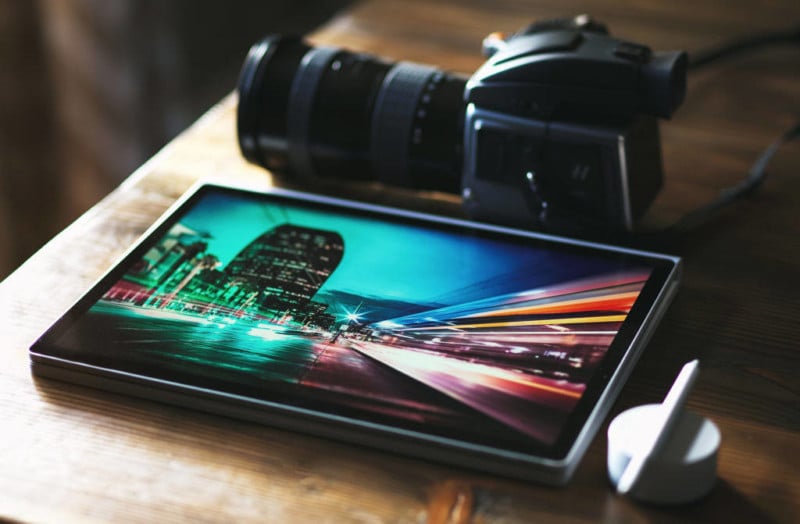 Over the last year I have been slowly migrating from Apple to Windows, and to be honest breaking out of the walled gardens that I lived within (some known, some unknown) has not been easy, but it has been freeing. I have to hand it to Apple, they made a system, an environment, that has been comfortable and creatively useful for many years. However, slowly the sparkle that was once held in such high regards by artists, has begun to dull.

For me, there was one piece of hardware that remained from my Apple past, one that traveled with me to all my photo shoots and pre-production meetings, coffee shops and airport bars, studios and locations alike… my MacBook Pro.

When I began transitioning to Windows, I had made concessions. I thought at the time, that one of the few pieces of Apple hardware that would stay in my repertoire was the MBP. I had even decided to upgrade it to the newest one before the announcement, for I knew it would be cutting edge in the ways that other Apple products of the past had been. Then, to the horror of myself and many around, we watched as Apple gave us the new MacBook Pro, complete with… wait for it… the Touch Bar (ready to suit all of my emoji needs).

That very day I bought a Microsoft Surface Book (the very one that I am typing this blog on) and never looked back. To be honest, I had intended to write a review of it for quite some time, however, that blog had been put on the backburner. What was striking about the original Surface Book was something I had a very hard time quantifying. While there were many things I fell in love with on it, such as the keyboard, and the detachable screen, the thing that won me over more than anything was how much it just worked. 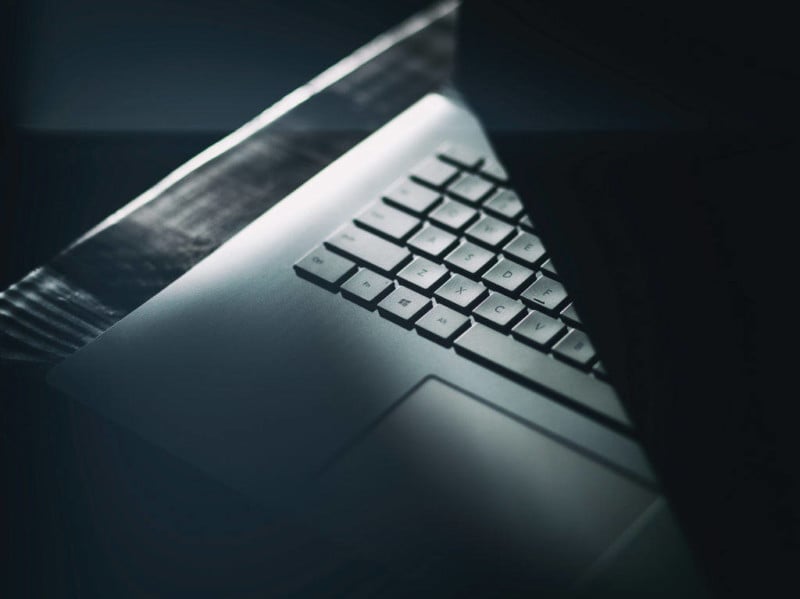 Almost overnight I started to see my productivity rise as I was able to re-focus on the business side of advertising photography. I was transporting my RAWs from set on the original Surface Book and would occasionally do minor edits on it in airports. However, the 100 megapixel files from the Hasselblad H6D-100c were taxing on it once layers were added in Photoshop and file sizes surpassed the 5GB mark. Now I know that 5GB files are rarely opened on a laptop, but I had to test it out and did notice that the large files sizes were tough on the processor. 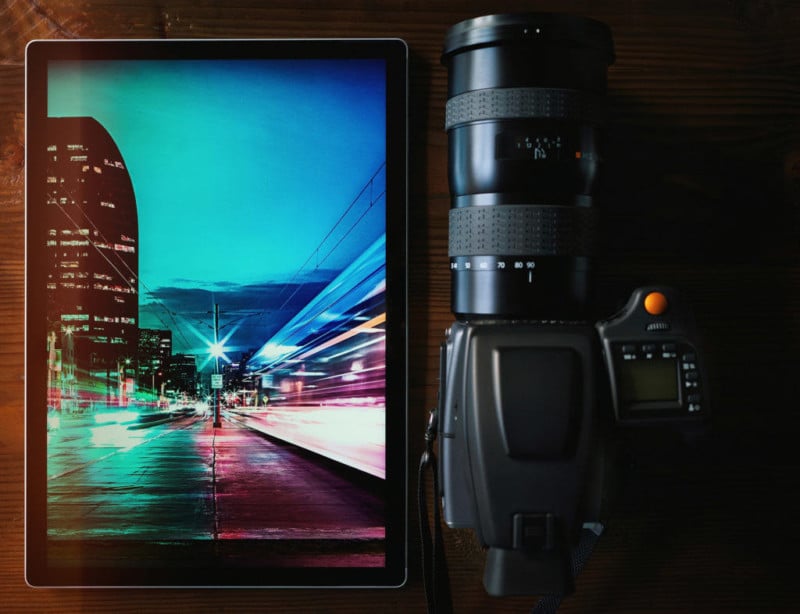 Then, about a month ago, the phone rang and it was Microsoft, wondering if I would like to hear about a new piece of equipment… the Surface Book 2. Previously they had let me try out their Surface Pro, which I liked, but still found myself using the Surface Book more. It was a no-brainer and I quickly signed to have a loaner unit sent over immediately.

The Surface Book 2 arrived only days before I was to fly out for a campaign I was shooting in New York and New Jersey. I have always had a rule that any gear headed to set has to have a backup. No matter how different the backup is, there needs to be a safety net in case something unforeseen happens. For the past year, I was traveling with the Surface Book in my carry on while the MacBook Pro was in my checked baggage. Perhaps there was part of me that was nervous about letting go of that laptop. However, the campaign on the East Coast would be the first one completely void of an Apple product, backups included.

All this had been planned before the Surface Book 2 arrived. 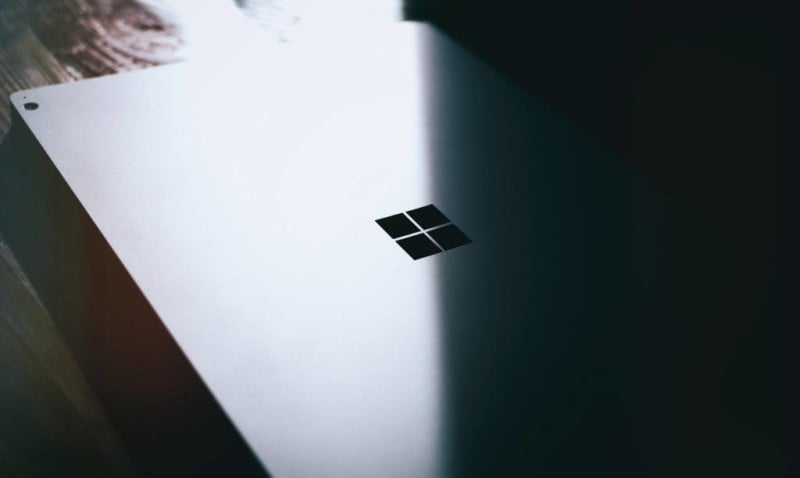 Then the FedEx delivery man arrived with the package that I had been sitting next to the door waiting for all day (on a side note, does FedEx know when I am anxiously awaiting a package and then decide to be late as hell delivering it?). In the box was the clean white box containing a new Surface Book 2, and to my surprise… IT WAS THE 15” MODEL. While I knew it existed, I had told the gentleman on the phone to send out whatever was easiest and I didn’t want to hassle them with demands.

To be honest, I had grown quite comfortable with the 13-inch model that I bought and didn’t think there was a need for the extra two inches, I was wrong. As it turns out the new model was completely rebuilt from the ground up and I could tell it within the first hour of using it. The details were even more refined and it was even MORE comfortable to type on.

A funny little side note… with the screen being completely detachable, you can pop it off and walk around set with a tablet bigger than any other on the market, and as it turns out, the only thing my clients talked about for hours. 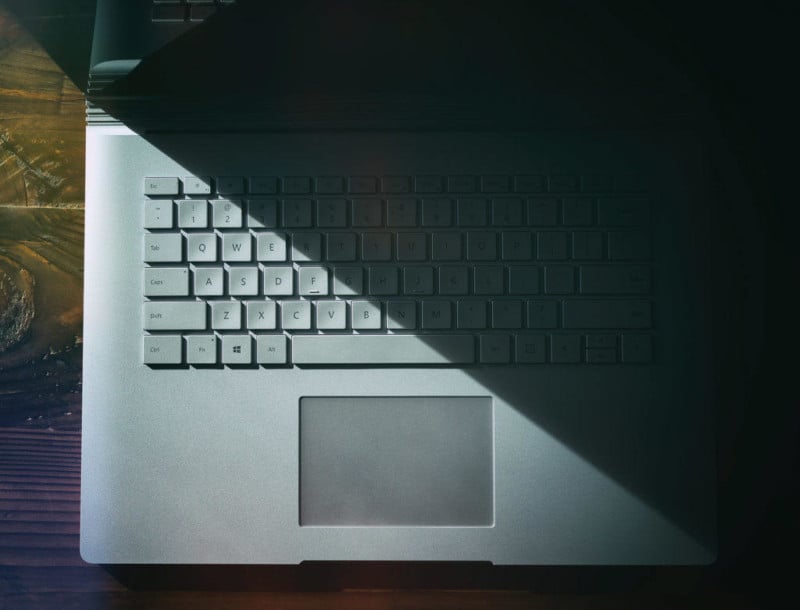 Now at this point, you are probably asking, “but Blair, how does it perform?”…

Please refer to the title of this article.

I have NEVER used a laptop that felt as powerful as the Surface Book 2. The thing ate 100-megapixel files for lunch and came back for more. In a way, it felt as though my laptop had hooked up with my desktop and the resulting baby was the Beast. Credit where it is due, the phrase “Surface Beast” was actually coined by one of the art directors on the photoshoot when he compared it to his MacBook Pro (Touch Bar and all) and decided we would preview the shoot on the Surface from there on out. 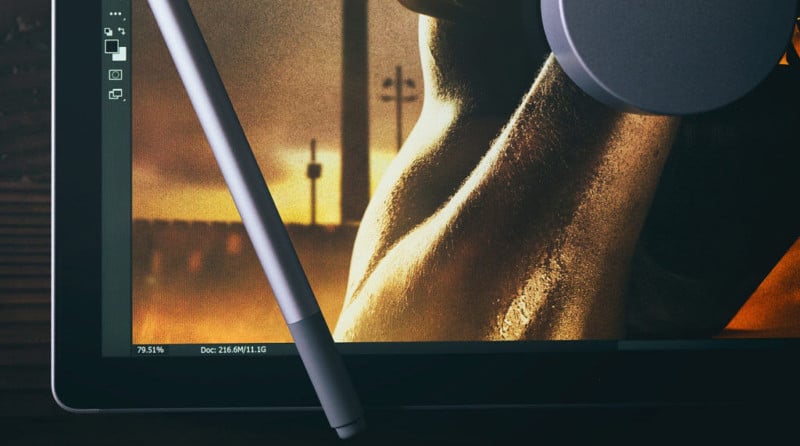 One area where there isn’t even a comparison to my previous Apple MBP life is when it comes to retouching. More specifically while traveling, even more specifically… sitting at the airport bar while the airline tells you the delay is because the plane can’t fly (FML).

The Surface Book 2 has an option to have a secondary processor in the keyboard base of the computer. What this means is that you can detach the screen, flip it around and fold it backward and have a drawing tablet with near desktop power – it is completely insane. This feature, combined with the increasing inebriation led to me laughing/near-cheering with the announcement that my flight was further delayed. In three hours of sitting at the airport bar, I had finished key art retouching on one of the images from the campaign (this is huge) and rung up a healthy bar tab of Hendricks. 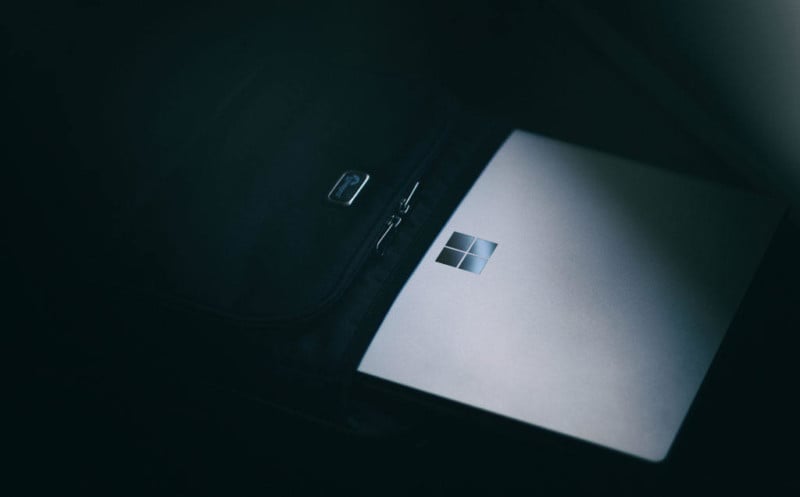 For me the Surface Book 2 was the MacBook Pro that we had all wanted/expected from Apple, it just wears a different logo. While other reviews will read off the spec sheets and talk about the 17-hour battery life and GX yadda yadda yadda processor, they sometimes forget that we (the creative professionals) use these as tools.

What Microsoft has done with the Surface Book 2 is make a system void of gimmicks, because gimmicks don’t hold up in the working world. Our jobs will not benefit from being able to tap an emoji on a scroll bar, they will benefit from the ability to get work done. As a photographer, it feels extremely odd to say this, but I sincerely feel that the Surface Book 2 is not only a strong contender for the laptop to own but actually the clear-cut choice of the computer to have on set. 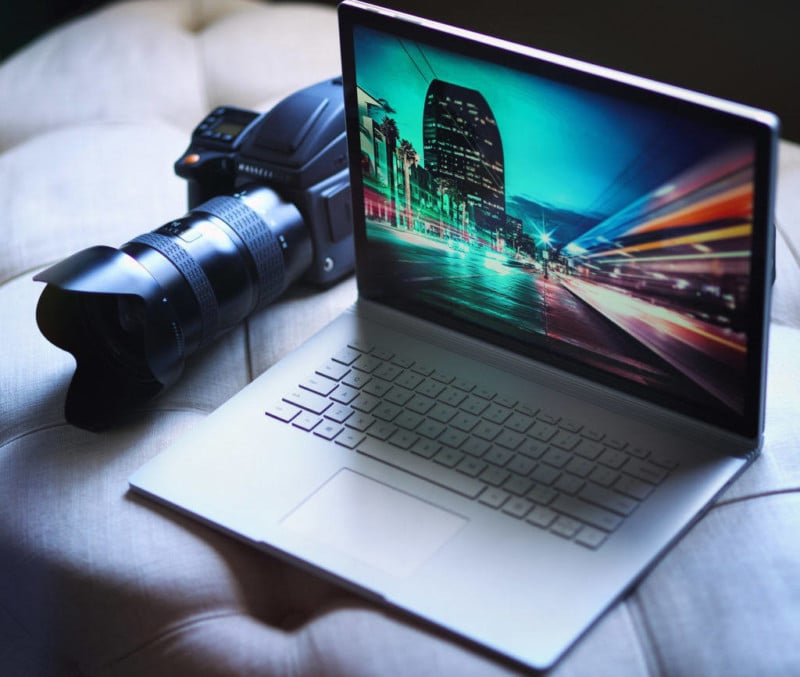 These weeks with the Surface Beast have won my allegiances completely and probably resulted in me making a third computer purchase for the year. However, it has also given me the confidence and comfort to say that the transition away from Apple will soon be complete.

Full disclosure: A loaner unit was provided by Microsoft for the purpose of this review. The author is also a Hasselblad Ambassador.