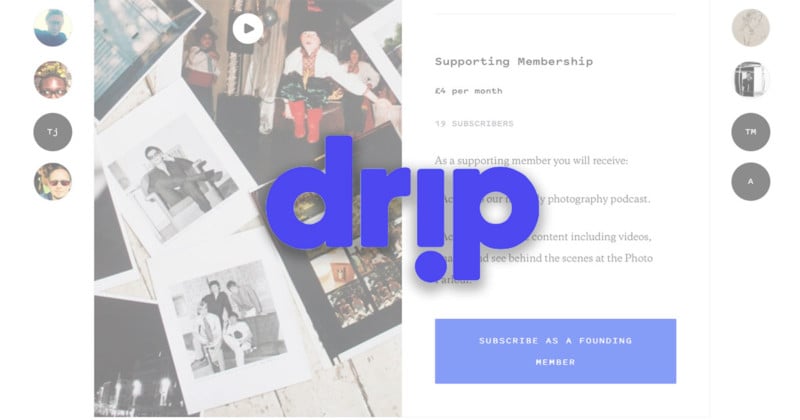 Lots of photographers and creators, particularly from the YouTube world, have been relying on subscription crowdfunding services such as Patreon to provide a constant source of income from supporters. There’s now a new competitor in the space: Kickstarter has just announced a Patreon competitor called Drip.

Drip was a small crowdfunding scheme for music artists until it was acquired by Kickstarter two years ago. Now the crowdfunding giant has relaunched Drip to work for all kinds of creators, including photographers looking to find supporters for long-term photo work.

“Kickstarter is for projects, Drip is for people,” says Kickstarter regarding the difference between its two brands.

A unique selling point of Drip is its founding memberships. Each creator can have a period of time where supporters can join as “founding members.” These will bring special rewards or status for “jumping in early.” 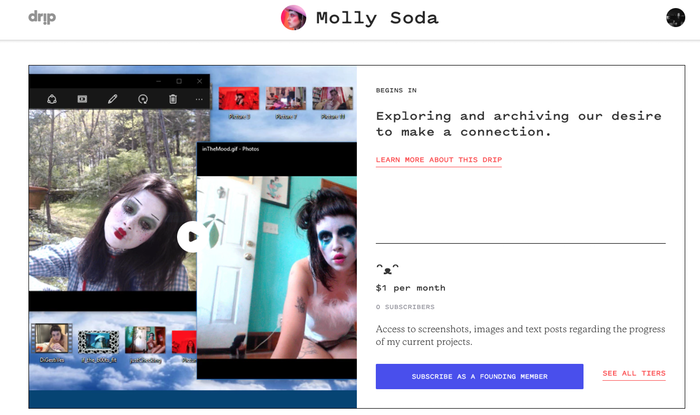 In contrast to the Kickstarter platform, Drip does not require a target to be reached before funding is released. Support is on an ongoing, month-to-month basis.

Drip is a standalone website but it will work seamlessly with users from Kickstarter. Accounts will work on both websites, so it will be even easier for users to support creators.

Kickstarter also says that it doesn’t want users to feel “stuck” to their platform once they’ve started amassing supporters. Creators will actually be able to export data from Drip, and the company will “even help creators securely transfer subscription and payments information to other subscription platforms.”

Drip is currently an invite-only platform, and there’s no word yet on when it will be opened up to the general public without invites.

(via Kickstarter via Engadget)

Photographer Apologizes for Editing Actress’ Hair Out of Cover Photo