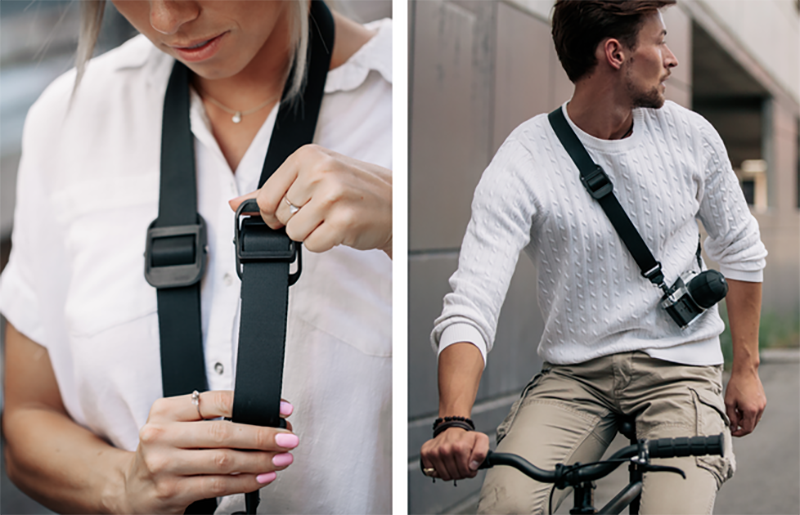 KUVRD, creators of the extremely popular universal lens cap that raised over $175K in 2017 (and $180K for Version 2 in January), are back with another blockbuster crowdfunding campaign. Meet the Universal Camera Strap: a simple, rugged camera strap with fasteners that attach to “any camera, anywhere, anytime.”

There’s not much to say about the KUVRD Universal Camera Strap: it seems to have everything you need and nothing you don’t. The 360° swiveling fasteners are made from anodized aluminum alloy and designed so that they’ll fit every style of camera clip. The strap itself is made from ballistic nylon webbing, and tessellating paddles on the strap allow you to adjust length quickly and easily.

No special clips to add like the popular Peak Design straps, no tripod mount attachment that gets in the way of tripod use… no fuss. 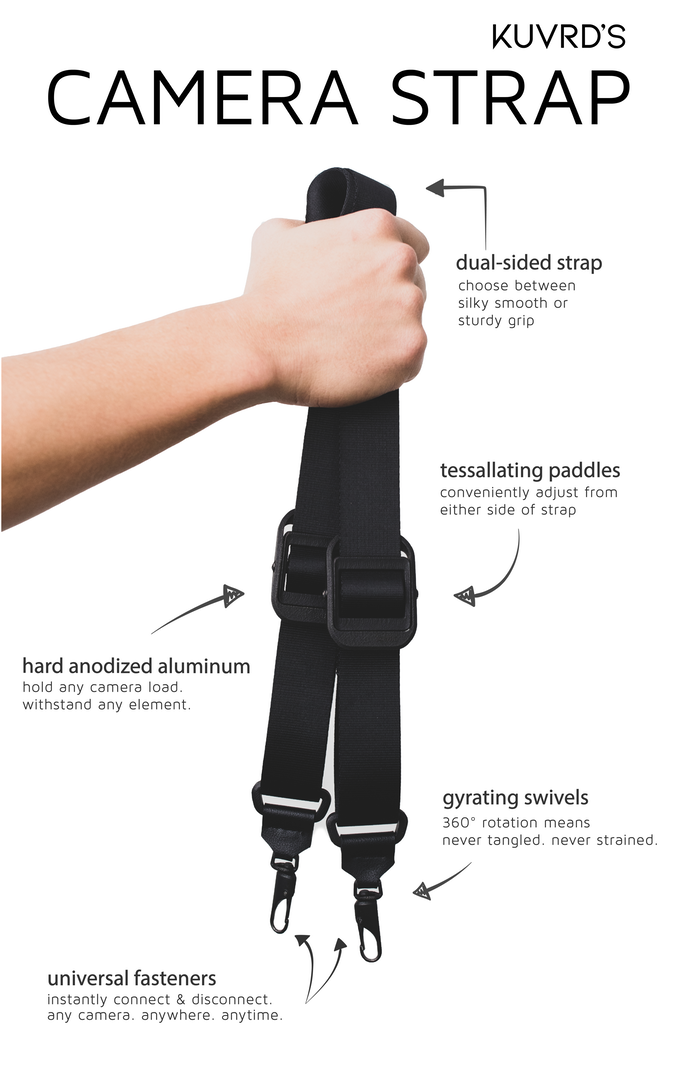 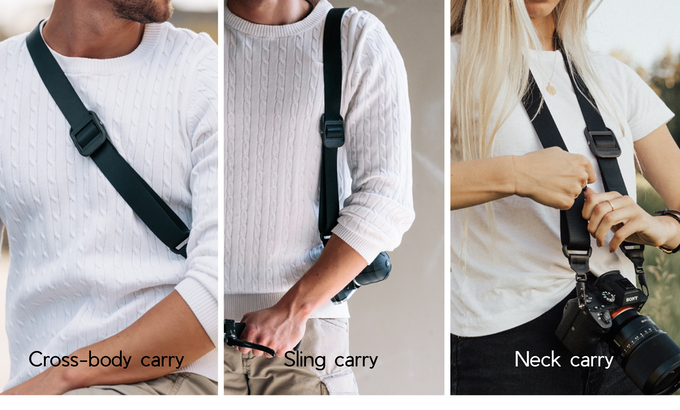 The strap is almost too simple, without a gimmick in sight, which might explain how it’s managed to raise over $75,000 against a goal of just 5 grand… and there are still 45 days left to go in the crowdfunding campaign.

To learn more about the KUVRD Universal Camera Strap or order one at a special crowdfunding discount, check out the Kickstarter campaign. You can “pre-order’ one for $75 (retail price will be $90) or two for $140 (retail price $180) if you act now. There are still a few early bird deals that are even cheaper, but only 3-5 of each are available, so they may be gone by the time you read this.

As with all crowdfunding campaigns, funding is no guarantee the product will ever make it to market (or remain useful once they do). But KUVRD has already delivered two products through Kickstarter, and they obviously have more than enough funding to make this one happen as well.