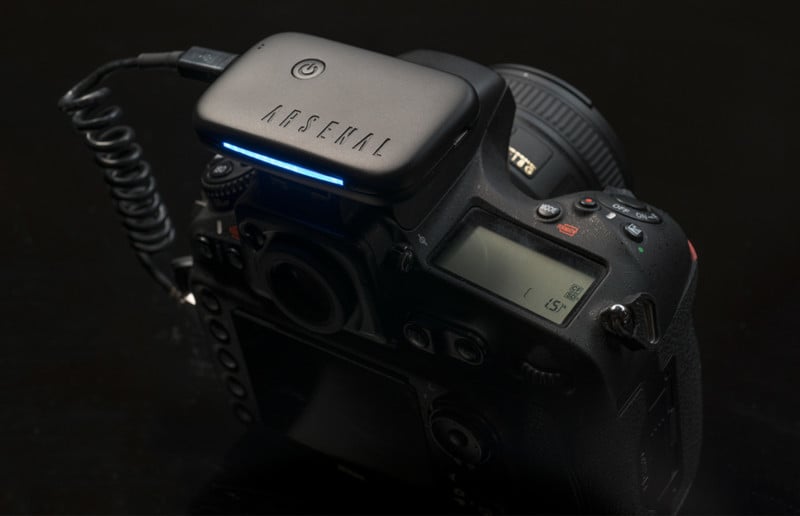 It looks like there are many photographers who want an intelligent camera assistant that helps determine optimal camera settings. Arsenal, the camera add-on that promises to offer just that, has just blown past the $1 million mark in crowdfunding on Kickstarter.

Over 6,000 backers have pledged $150 or more in hopes that the sleek hot shoe attachment will help them shoot better photos. 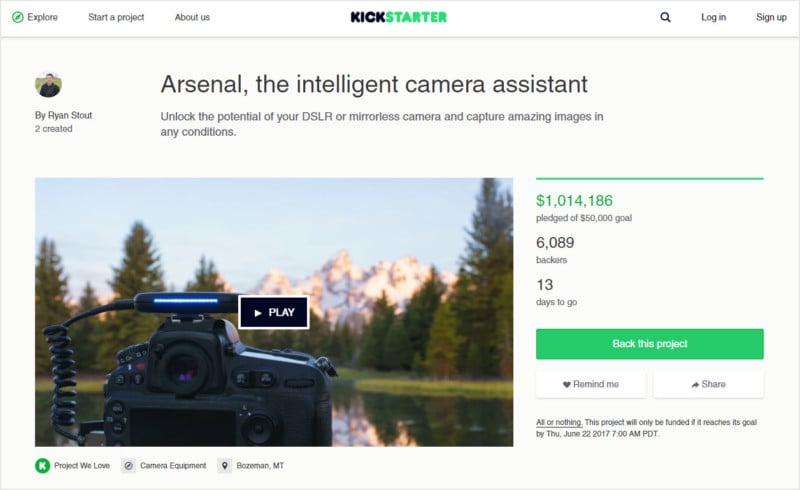 In case you didn’t see news of the product’s unveiling the first time around, here’s how Arsenal describes itself:

Arsenal is the world’s first intelligent assistant for DSLR and mirrorless cameras. Ultralight hardware lets you wirelessly control your camera with an intuitive iOS or Android app. And advanced machine learning algorithms help you get the perfect shot every time.

The device connects to your DSLR or mirrorless camera via USB and communicates wirelessly with your iOS or Android smartphone (it can also act as a smart remote camera control). It then uses 18 different “environmental factors” to figure out the best camera settings for each situation using a “convolutional deep neural network,” and then helps you shoot better photos, focus stacked shots, time-lapses, and more.

If these claims intrigue you, you can join in on the craze on the Arsenal Kickstarter page. Be warned, though: other photography projects with similar scope and success have failed on Kickstarter before.

A couple of years ago, the startup Triggertrap announced that it wouldn’t be able to deliver on its Ada modular camera trigger system after raising nearly $500,000 on the crowdfunding platform. The startup then decided to close shop less than two years later.

So if you do decide to contribute $150+ to the project in hopes of improving your photos, just know that there’s a chance you may get nothing in return if the project fails to deliver on its ambitious goals.

Triggertrap Open Sources Its Mobile Apps Days After Its Hardware