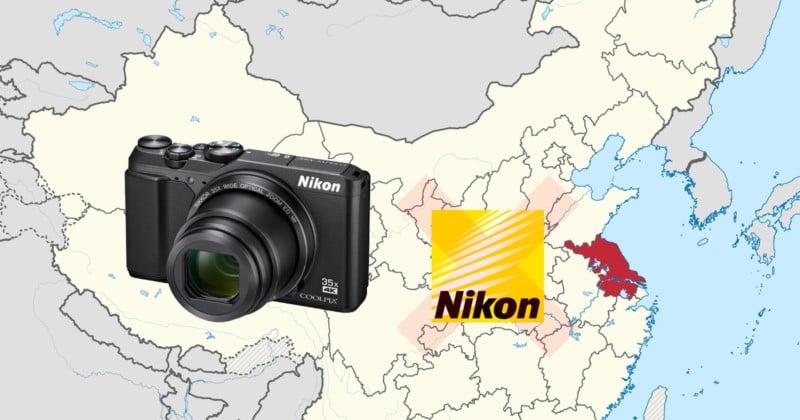 Nikon announced today that it will be shutting down its digital camera factory in the Jiangsu province China, blaming the rise of smartphones for the demise of the compact digital camera market.

The decision, made by Nikon’s board of directors at a meeting today, closes Nikon Imaging (China), a subsidiary of Nikon that was formed in 2002 in Wuxi City, Jiangsu, China. The factory has been responsible for manufacturing digital cameras and DSLR lenses, and it employed 2,285 workers as of last month.

Nikon said the decision to close the plant was due to smartphones eating away at its compact camera business.

“In recent years […] due to the rise of smartphones, the compact digital camera market has been shrinking rapidly, leading to a significant decrease in operating rate at [Nikon Imaging (China)] and creating a difficult business environment,” Nikon says.

Nikon also manufactures its digital camera equipment at facilities in Japan and Thailand.

The compact camera market is now near death after plummeting sharply over the past half-decade as the improvement of smartphone camera quality made compact cameras redundant.

“The global market for compact digital cameras has shrunk to a tenth of its peak within the past decade,” the Nikkei Asian Review reports. “[Nikon] expects to sell 4.8 million digital cameras overall in the year ending March 2018, down 24%. For the compact segment, sales are projected to drop 28%.”

As it carries out its restructuring plans, the company will be focusing more on “high value-add products” — things like DSLRs and Nikon’s rumored full-frame mirrorless camera.

PSA: Scrub Geotag Data from Photos of Wildlife to Keep Poachers Away