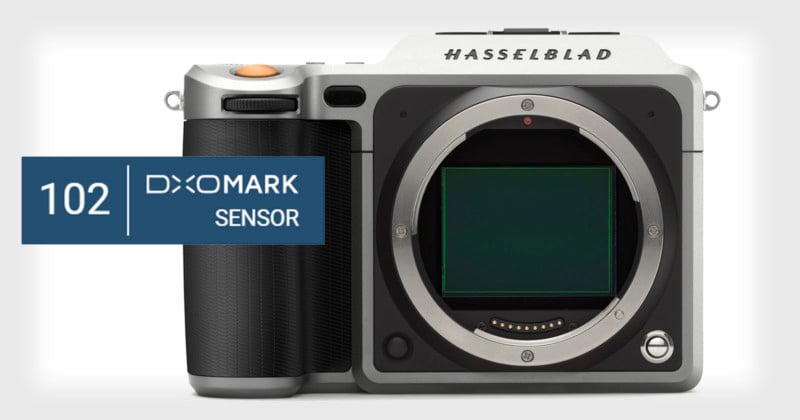 The Nikon D850‘s reign as the top rated camera at DxOMark was incredibly short-lived: less than a month after giving the D850 the first official score of 100, DxOMark has just crowned the Hasselblad X1D-50c medium format camera with a highest-ever score of 102.

It’s this large sensor that gives the Hasselblad X1D-50c and other medium format cameras on the market a fundamental advantage in DxOMark tests compared to cameras with smaller sensor formats.

Compared to the Nikon D850, the X1D-50c has roughly the same portrait (color depth) score, the same landscape (dynamic range) score, and a much better sports (low light ISO) score. 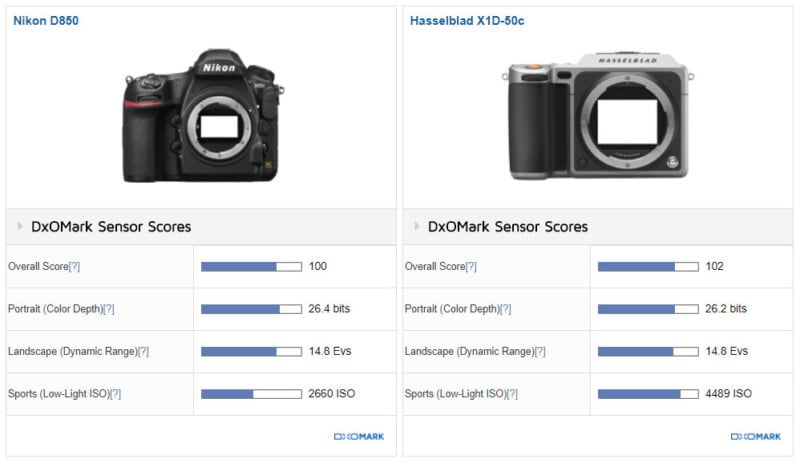 “[W]ith a theoretical maximum ISO 25,600 setting, the X1D-50c is should be a viable proposition for low light photographers,” DxOMark says. The top “true” ISO of the camera is ISO 3200, and the higher settings up to 25,600 are expanded settings that use “digital gain.”

“Image quality on the Hasselblad X1D-50c is outstanding, crashing through the 100-point barrier to become the highest-scoring commercially-available sensor we’ve tested,” DxOMark concludes. “At 102 points overall, it also achieves either the best, or very close to the best results for both color depth and dynamic range.

“Combine that with its 50Mp resolution and mirrorless design, all packaged at a more realistic price tag, the X1D-50c starts to look like a tantalizing prospect.”

DxOMark does note however that the X1D-50c isn’t significantly better than other top cameras (e.g. Nikon D850 and Sony a7R II) except for in low-light situations, so that should be a big consideration before you shell out $9,000 for this medium format monster. And on the flip side for Nikon, it’s impressive that the D850 was able to stack up so favorably against a medium format camera that costs nearly 3 times as much.

P.S. With this camera, DxOMark is resuming the testing of medium format bodies, something we reported about earlier this month. We’ll likely be seeing many more scores over 100 as more reviews are added.