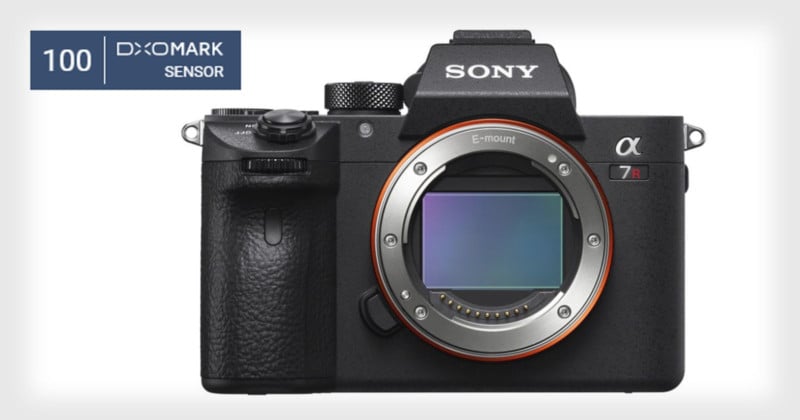 DxOMark just awarded the new Sony a7R III a score of 100, the highest mark ever given to a non-medium format mirrorless camera. The score ties the Nikon D850 DSLR for 1st place among all cameras with a 35mm-sized sensor or smaller.

The Sony a7R III was particularly impressive in low-light ISO tests, DxOMark writes, with performance that’s only beaten by two medium format cameras — the Hasselblad X1D-50C and Pentax 645Z, the only cameras that have scored higher than the D850 and a7R III — and the Sony a7S II (a low-light monster).

Even though the a7R III scored the same overall score as the Nikon D850, DxOMark says the D850 is ranked higher on its leaderboard because it outperforms the a7R III in the Color Depth and Dynamic Range categories.

“[C]omparing the A7R III sensor to the Nikon D850’s reveals the advantage that the Nikon camera’s lower minimum sensitivity (ISO) value brings,” DxOMark writes. “Photographers who predominantly shoot in bright light or capture motionless subjects with the camera on a tripod will record the most information, be it color, tone, or detail with the Nikon D850 set to ISO 32.”

But if you shoot with higher ISO values, the a7R III will produce “marginally better images.”

“It’s clear that the Sony A7R III has a high-performing sensor that’s capable of capturing images with a broad range of color and tone, while keeping noise well under control,” DxOMark concludes.

This latest sensor quality test shows one reason why the a7R III is one of the most highly anticipated cameras of 2017 and one that has been delayed due to overwhelming demand. TIME just named the camera one of its top gadgets of 2017.