Here’s an 11-minute video in which landscape photographer Thomas Heaton looks at how much the camera you shoot with really matters for the vast majority of viewers. Given the opportunity to try the Canon M5 and Fujifilm GFX 50S, Heaton pits them against his trusty Canon 5D Mark IV.

With most people viewing photos in a low resolution online, such as on social media, the potential of high-resolution monster cameras is not properly realized these days. In the video, Heaton shares an image from each camera, but without pixel-peeping at high resolution, it’s impossible to know which camera shot which image.

So when you’re thinking about your first camera, the most expensive camera with the most megapixels is not always necessary for most people.

Heaton says that if you want to present your photos at huge sizes, with fine-art prints, or have them look the best they can possibly be, then “gear matters.”

“But at the stage that most people are at, I don’t think it matters as much,” says Heaton, talking about his regular viewers and audience on YouTube.

It’s interesting seeing Heaton share his experiences with all 3 cameras. In particular the Fujifilm GFX 50S, a 50-megapixel monster that lets you crop to your heart’s content and still retains that sharpness and quality. 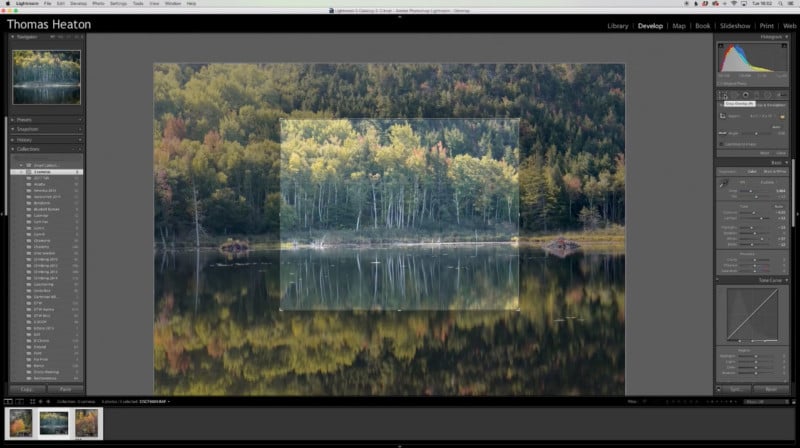 Talking about the Canon M5, Heaton was disappointed at the appearance of chromatic aberration in the image but notes that he was comparing this to his usual 5D Mark IV. Even so, he still thinks that at least one of the photos he took with it will “make it into next year’s calendar,” but that it just required a bit more work in post.

The overall message from Heaton is that 90% of a photo is down to the photographer and the camera you use is only a smaller part of the equation.

Check out the full video above to hear everything Heaton has to say about the cameras. You can find more of Heaton’s popular videos by subscribing to his YouTube channel.

Don’t Be This Kind of Wildlife Photographer