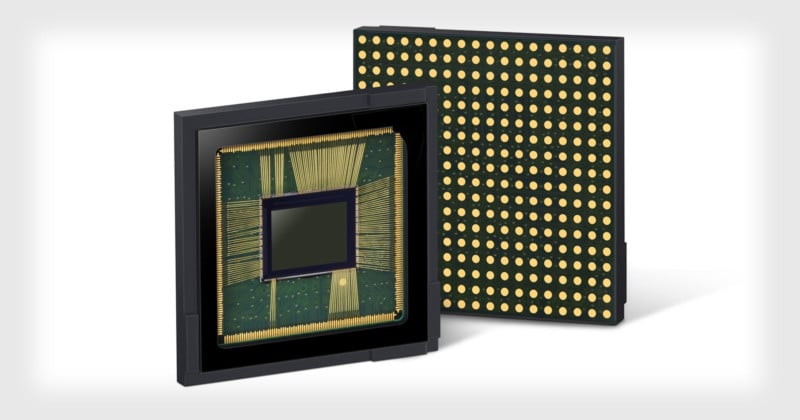 First launched in the iPhone 7 Plus, Apple’s ‘Portrait Mode’ uses depth data from dual rear cameras to generate faux blur for a shallow depth-of-field effect. Google’s new Pixel 2 has a similar mode that’s done with a single “dual pixel” sensor. Now Samsung has unveiled a new “dual pixel” sensor that may bring this tech to an even wider audience.

Samsung’s new ISOCELL Fast 2L9 is a 12-megapixel sensor that features “Dual Pixel” technology. What this means is that each “pixel” on the sensor actually consists of 2 separate photodiodes instead of one.

The first benefit of having dual pixels is autofocus speed. Each of the 12 million dual pixels on the sensor can do focus detection, allowing smartphones using the sensor to quickly lock onto small still objects and track moving subjects.

What’s also different this year is that Samsung is touting its new Dual Pixel sensors as a way to enable a single-module Portrait Mode in smartphones.

The benefit of doing Portrait Mode using a single camera module and sensor is that it allows the mode to be used for front-facing cameras, which are often used for selfies that could benefit from the mode.

Here’s a look at Portrait Model in the new Google Pixel 2:

Samsung’s ISOCELL sensors are marketed in 4 different flavors, each focusing on one particular strength in photography: Fast, Slim, Bright, and Dual.

No word yet on when we’ll be seeing the new ISOCELL Fast 2L9 in the wild and which phones it may appear in.

A Drone Photo of Trees Knocked Down After a Storm