Travelers like to visit Thailand for cheap foods, medical procedures, and… other less wholesome reasons. One thing people often overlook, however, is the repair services. In Thailand, you can almost always repair any gadget for a very reasonable price. This especially applies to Sony cameras that are made in Thailand. In this post, I’ll explain the process so that you can repair your gadgets and bring them back to life.

First, I must say that I’m not a fan of Sony. Sony has something of a reputation for past shady behaviors. Consequently, I am very skeptical of every Sony products. But I bought a Sony camera (A6000) anyway because I couldn’t resist its speed, image quality, and a Black Friday price.

Long story short, I took this Sony A6000 to shoot at Montana de Oro in Los Osos, California. A big ocean wave unexpectedly splashed over me and my camera while I was taking pictures. The water felt refreshing… until I realized how wet my camera was.

With my best effort, I tried drying the camera as much as I could. Los Osos is a small town, so I didn’t know where to find desiccant packs to absorb moisture. Instead, I bought quite a few roasted seaweed snacks to get the desiccant packs that way. I know I should have used rice to dry the camera, but I’m Asian and only see it as food.

In the end, the damage wasn’t as bad as I thought. The only thing that didn’t work was the settings dial that controls exposure adjustment in the top right corner of the camera. If I were a beginner who shoots everything in automatic mode, I wouldn’t care.

Repair in the US

With little hope, I sent the camera to Sony’s authorized repair center in the US. At that time, this place was Precision Camera in Connecticut. During the process, the repair center never contacted me. After a week or so, they sent the camera back unrepaired. Included with the box is a note saying that the warranty does not cover my repair since the camera was damaged by water. The note also said that the cost to repair would be too high. They didn’t ask me at all if I wished to repair it at my own expense.

When I arrived at the service center, I didn’t have the broken camera with me. They told me to drop off my camera at a Sony store in a shopping mall near my place. Sony stores are pretty much in most major malls in Bangkok. Just look them up to make sure they are official.

When I dropped the camera off for repair, Sony charged me 100 baht (~$3) for the inspection fee. If I chose not to repair, I wouldn’t get this fee back. But if I choose to repair, this fee is deducted from the final repair cost.

After about three days, I received a call from the repair center. It was a woman with a very nice voice. I thought the voice was pre-recorded until she asked me if I would like to have the camera repaired for about 1,800 baht (~$54). Without hesitation, I gave the green light. She informed me that the process would be about a week or two since the parts needed to arrive.

A few days later, I got a call from the same woman again. This time she said the technician found additional parts needing replacements. The repair would cost 2,800 baht (~$84). I thought that was a bit high, but went ahead with it away.

Finally, after a few more days, I got a text saying that my camera is ready for pickup. I was pleasantly surprised that the whole process took only seven days. I went and picked up the camera where I dropped it off. The camera works as expected. The technicians replaced several parts of the camera and each item has its cost listed on the receipt. They even gave me the damaged parts back. Even better, the repair comes with a new 90-day warranty. 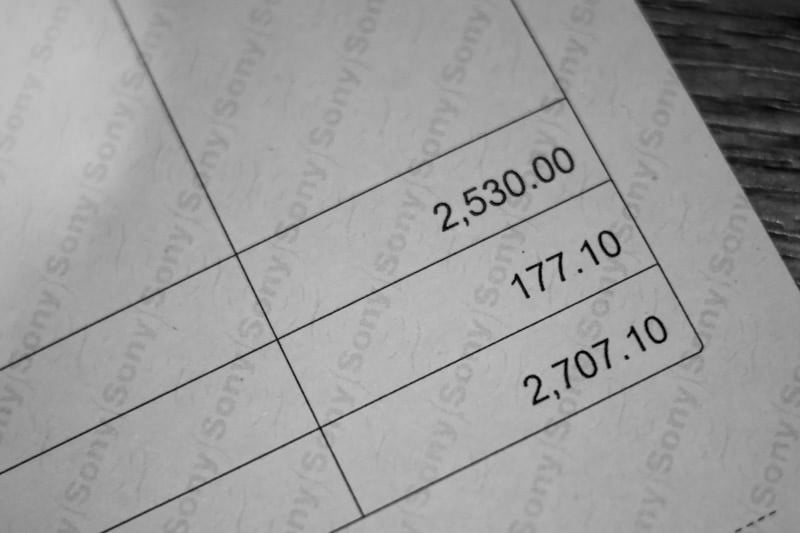 With the help of Sony in Bangkok, I repaired my A6000 in seven days for 2,530 baht (~$76). The tax at 7% came out to be 177 (~$5) because the Thai government needs money to buy more Chinese submarines. I didn’t expect this level of service excellence from Sony. In the US, a repair would take much longer and cost a whole lot more.

So if you have broken gadgets that you’d like to see brought back to life, you have yet another reason to visit the country of Thailand. 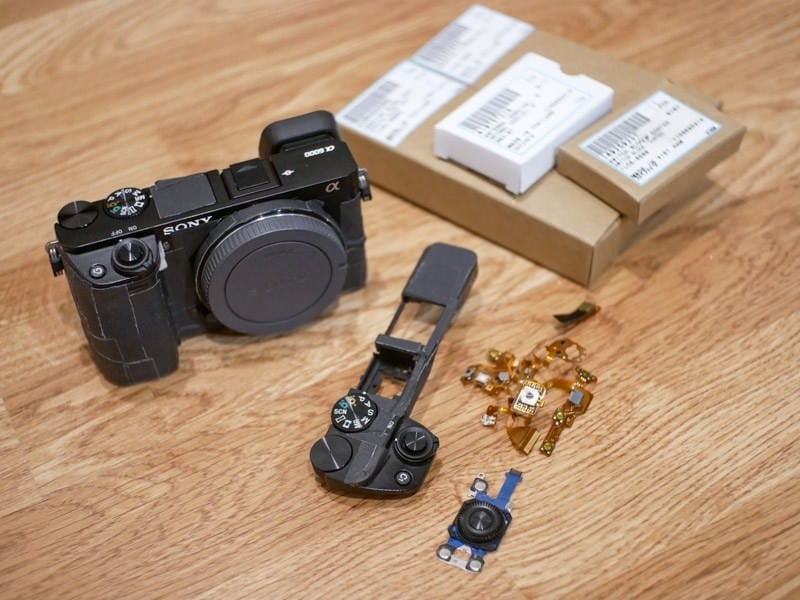 Editor’s note: In 2016, photographer Sam Spicer shared a similar account of how his camera that was damaged “beyond repair” in the UK was repaired in Thailand for only $120.

About the author: Jack Chaiyakhom is a digital nomad who’s currently in Thailand. You can find more of his work and words on his blog. This article was also published here.

PowerRay: A Fish-Seeking Underwater Drone for Photo and Video

This is the World’s Fastest Camera Slider, Built for Slow-Motion