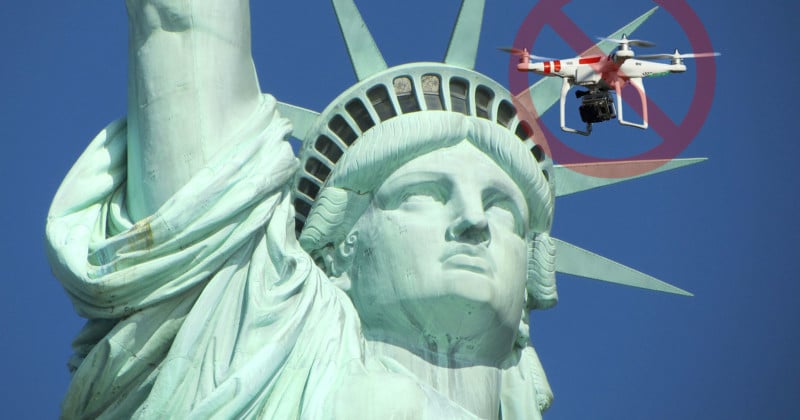 If you’d like to capture close-up drone footage of the Statue of Liberty, you’re going to have to do it very soon. The FAA has just announced that drones will be banned from flying close to the famous statue as well as 9 other landmarks. The restriction takes effect October 5th, 2017.

The FAA says it’s exercising its authority “at the request of U.S. national security and law enforcement agencies […] to address concerns about unauthorized drone operations” at the 10 locations. Here are the landmarks included in the new policy:

Starting October 5th, drone operators will not be allowed to fly within 400 feet of these sites. There may be exceptions allowed, though, but you’ll need to get in touch with the individual landmark and/or the FAA to iron those out if you’d like permission to fly.

Drones had already been restricted at Mount Rushmore before this new FAA policy: in 2014, the National Park Service issued a ban on operating drones within lands and waters administered by the agency.

Here’s an example of a drone video that won’t be legal to shoot starting in just a few days:

To stay up to date with the FAA’s restricted no-fly areas, you can check out the Know Before You Fly website and download the FAA’s free B4UFLY mobile app on the iTunes App Store and on Google Play.

Blocker: An App That Helps You Plan a Shoot with Augmented Reality

Sony and Manfrotto Are Teaming Up to Create New Pro Products