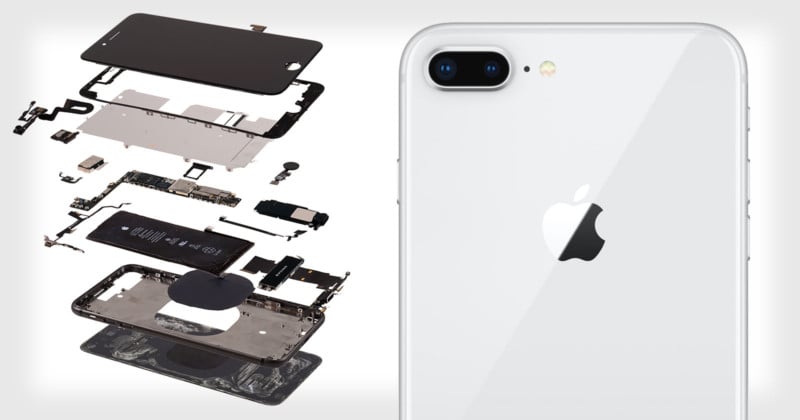 If you think the $799 iPhone 8 Plus’ photo quality is impressive, get this: the camera modules are estimated to cost just $32.50 in materials.

The market research firm IHS Markit did a teardown of the iPhone 8 Plus and estimates that the phone has a bill of materials (BOM) cost (including $7.36 in basic manufacturing) of $295.44. By comparison, the iPhone 7 Plus had an estimated total cost of $270.88 and retailed for $769.

If the iPhone 8 Plus’ dual camera modules cost $32.50, then that means they constitute about 11% of the phone’s total cost.

Keep in mind, though, that the iPhone’s cameras also rely on other shared phone components — things like the screen, processor, and storage aren’t included in the cost estimates for the camera modules.

The iPhone 8 Plus’ cameras are actually significantly more expensive than the cameras found in the iPhone 7 Plus, which were estimated by IHS Markit last year to cost $19.90. That means the iPhone 8’s new camera components cost 63.3% more than those in the previous iPhone.

“From our BOM analysis, we can see that Apple invested heavily in the camera capabilities of the iPhone 8 Plus due to the increase in component costs,” says analyst Wayne Lam of IHS Markit. “Based on these investments, we expect improvements not only in the optics in the dual camera module, but also in computationally intensive requirements of the portrait lighting capture feature that rely on the graphical horsepower and neural engine (AI) of the A11 Bionic chip.”

5 Hacks for Creative Photography in 1 Minute

194 Photo Editing Tools and Apps You Should Know