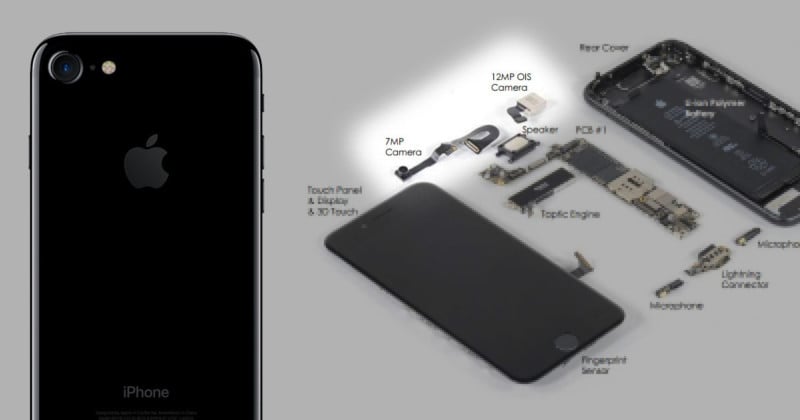 The iPhone has become one of the most popular cameras in the world, but the actual components that go into the iPhone’s camera don’t cost very much materials-wise. Apple is estimated to spend about $26 on the iPhone 7’s camera module, representing just 9.5% the bill of materials for the entire phone.

That fact comes from the analyst firm Chipworks, which just published a teardown of the iPhone 7 (not the iPhone 7 Plus and its dual camera modules).

Both the front and back sensors in the phone were found to be sourced from Sony and use Sony’s Exmor RS technology.

“Cameras have become such an important feature of any smartphone,” Chipworks writes, “and maybe even more so for the iPhones, Samsung Galaxy phones, now even Huawei is jumping all in with their dual camera on their latest flagship the Huawei P9.”

Recent studies have found that the camera is one of the most important features in a smartphone, as over 90% of owners use their phones as cameras — only text messaging rivals photography when it comes to smartphone uses. The camera has also been found to be the 3rd most important consideration for people while they’re shopping for a new phone.

Even though the sensors, lenses, and processing hardware of the iPhone 7 cost Apple just $26, a number of other shared components are also key pieces to the puzzle as well: the battery costs $4, the touchscreen costs $37, and the memory and storage cost about $38, according to Chipworks’ analysis.

Chipwork estimates that each iPhone 7 costs Apple about $275 in parts to make.

(via Image Sensors World via DPReview)

Photos Take Us Inside Nara Dreamland, An Abandoned Theme Park in Japan