Recently, I’ve become interested in photographing boiling water in a glass tea kettle. It may sound boring and uninteresting, but with the right lighting, you can get some truly fascinating images.

It all began when I was boiling my tea water one day in January this year, and I happened to have my camera with a macro lens and a speedlight mounted, lying nearby. I decided to see what would happen if I photographed the boiling water in the glass teakettle, and I was very surprised by the results! It looked like melted metal, and the shapes were a lot more intricate and detailed than I would have expected.

I photographed some boiling water

When experimenting with this, I have gotten the best results when using a macro lens with a long focal length. I used my trusty Sigma 150mm f/2.8 macro. You could probably get interesting photos with a non-macro lens, but you would likely have to do some cropping to take away the edges of the teakettle and the background, as you wouldn’t be able to focus as closely. 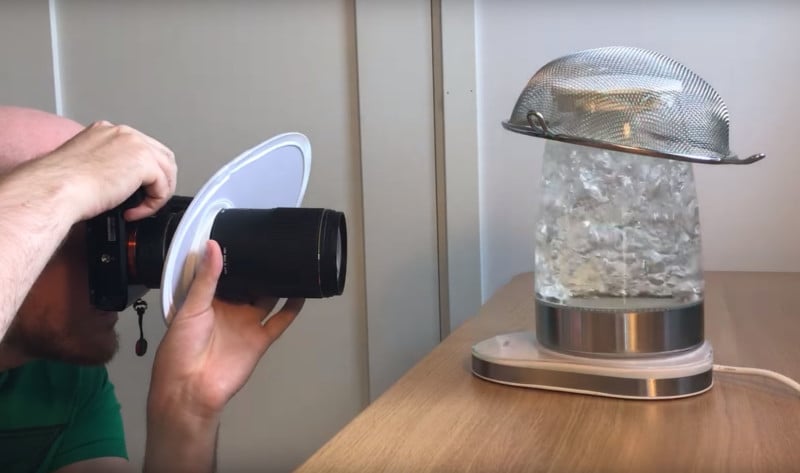 I set the aperture to around f/6 or f/7 for the sharpest results, and I focus fairly close, but not all the way to 1:1 magnification. I make sure that the room is as dark as possible, as this gives the photos a calmer background. 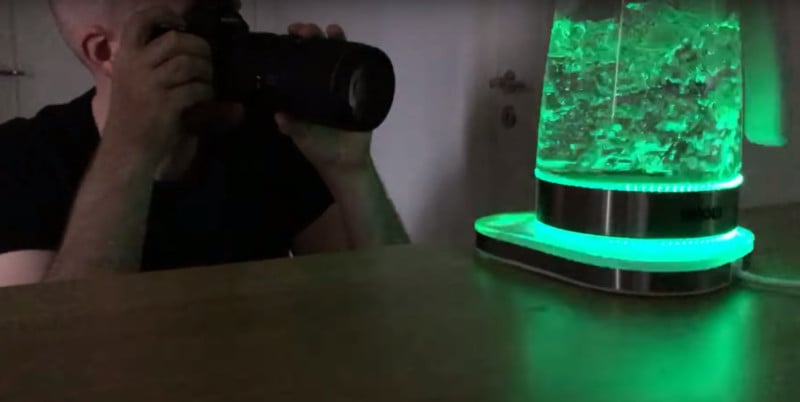 I use either a normal speedlight mounted on the top of the camera or, for more interesting results, I use two speedlights with colored gels, placed at different angles towards the tea kettle. I used two Godox TT 685s, a cheap but incredibly well-built wireless speedlight. 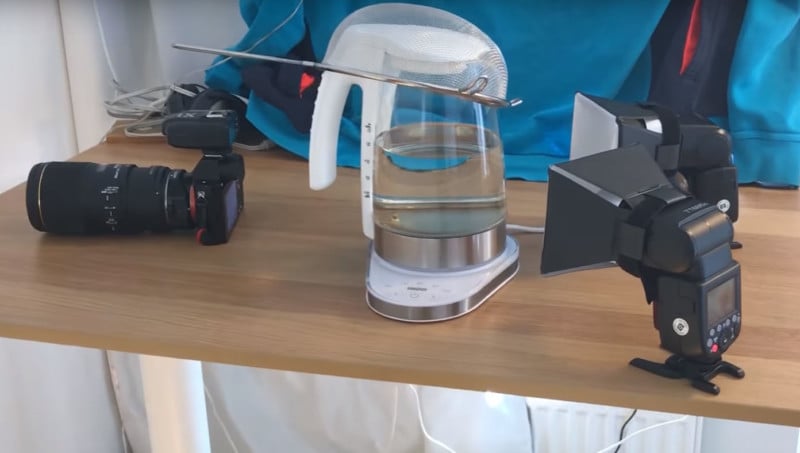 Then I turn on the tea kettle and let the water start boiling while pressing the shutter as many times as possible. Be prepared to take a lot of photographs, and know that most of them will turn out not that great. When I recorded my video about this, I took thousands of shots, and only deemed around 10 to 20 of them to be “good”. But when you get a nice composition of bubbles, with perfect sharpness and that metallic, futuristic look, it is worth the effort! 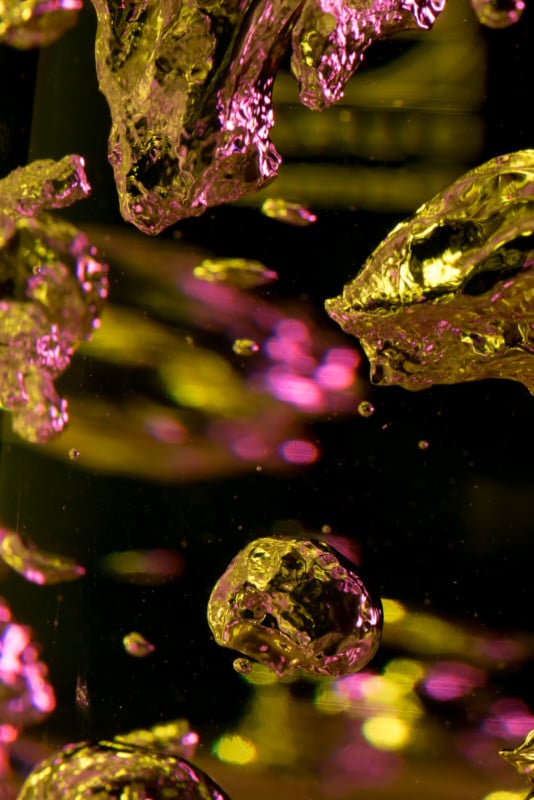 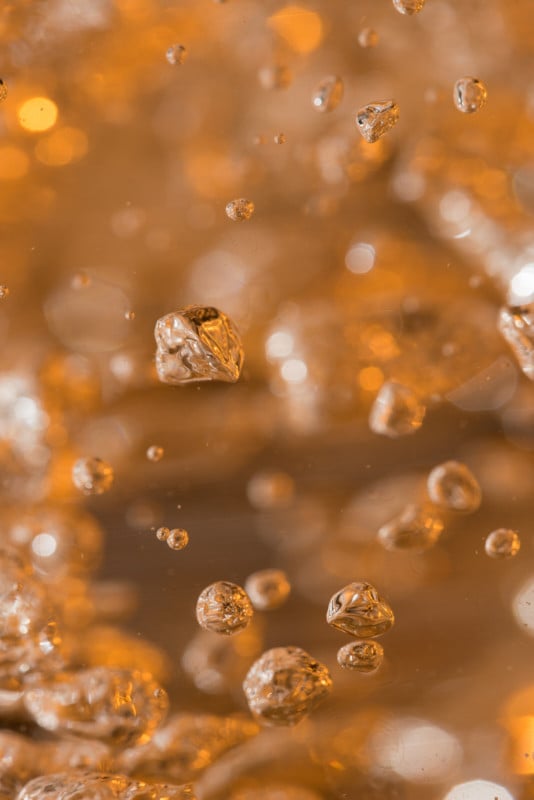 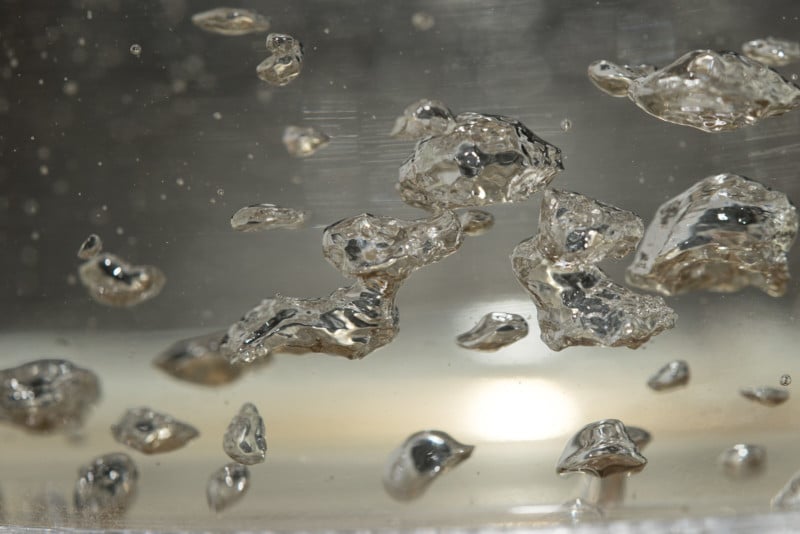 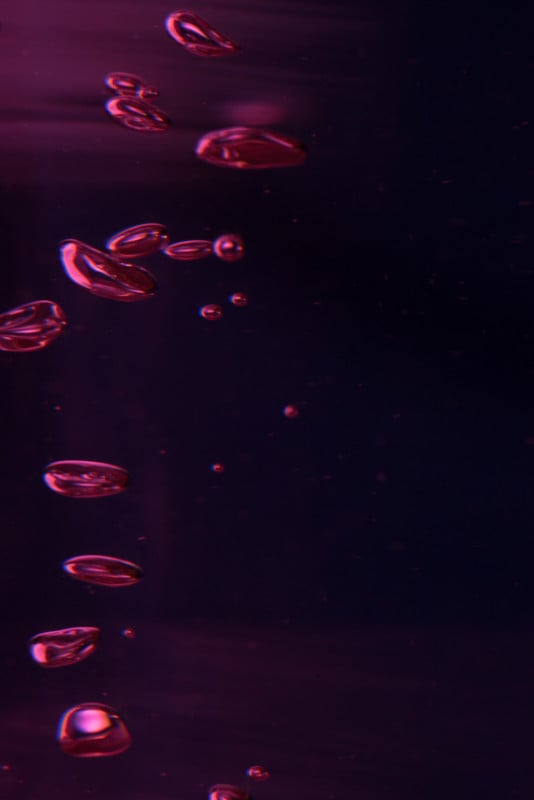 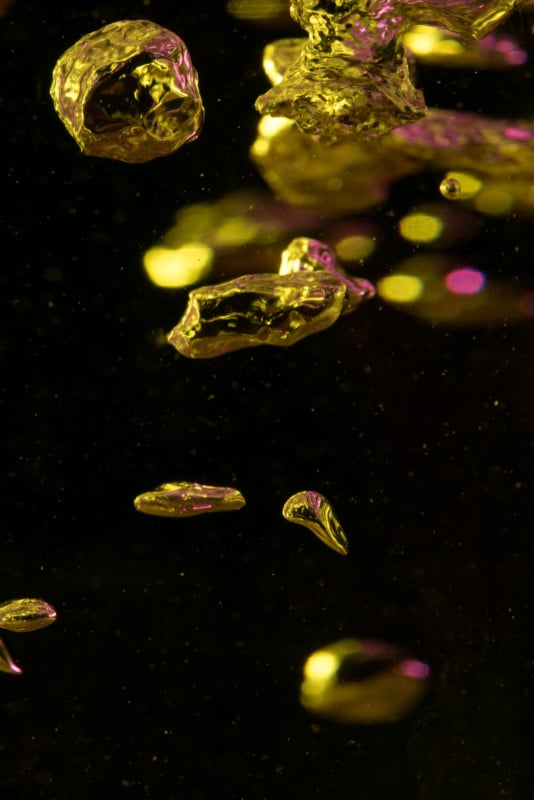 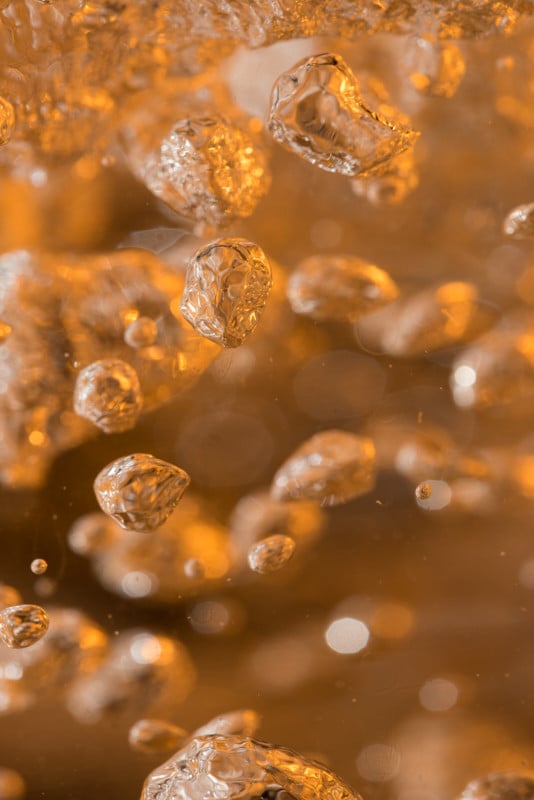 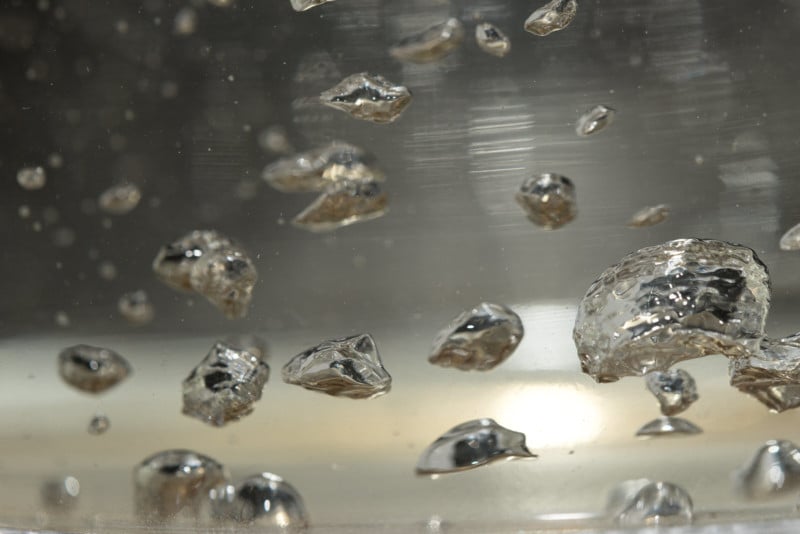 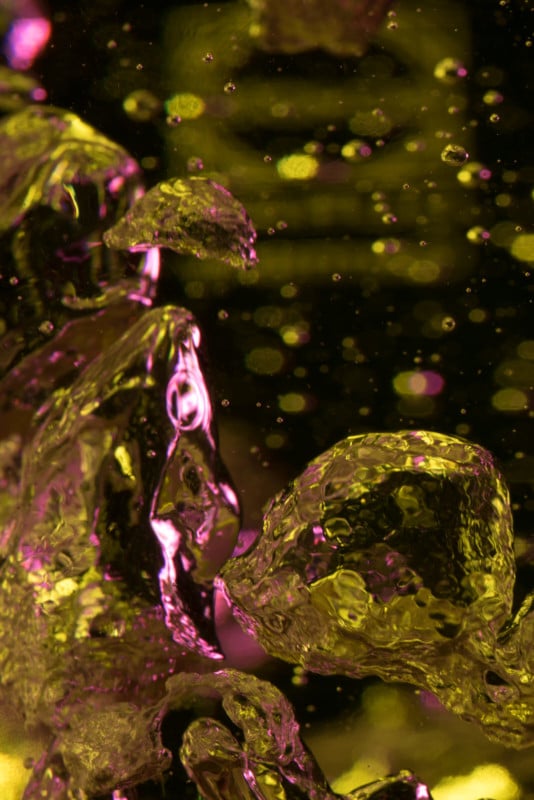 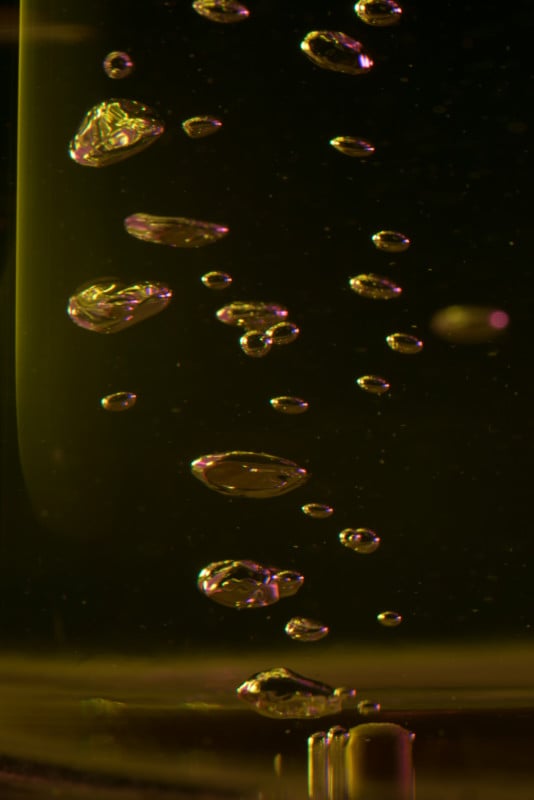 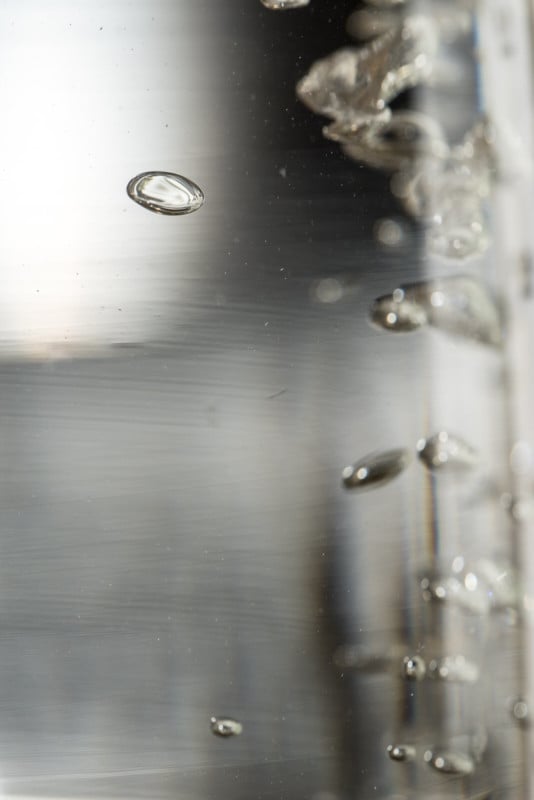 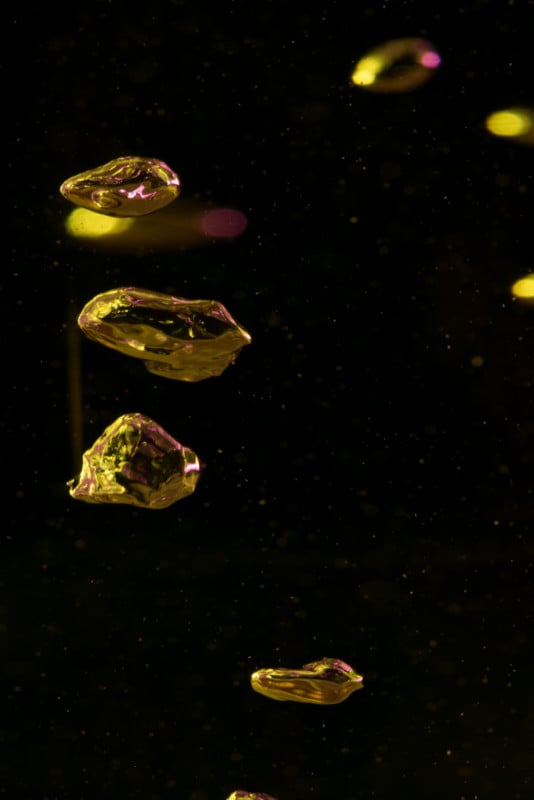 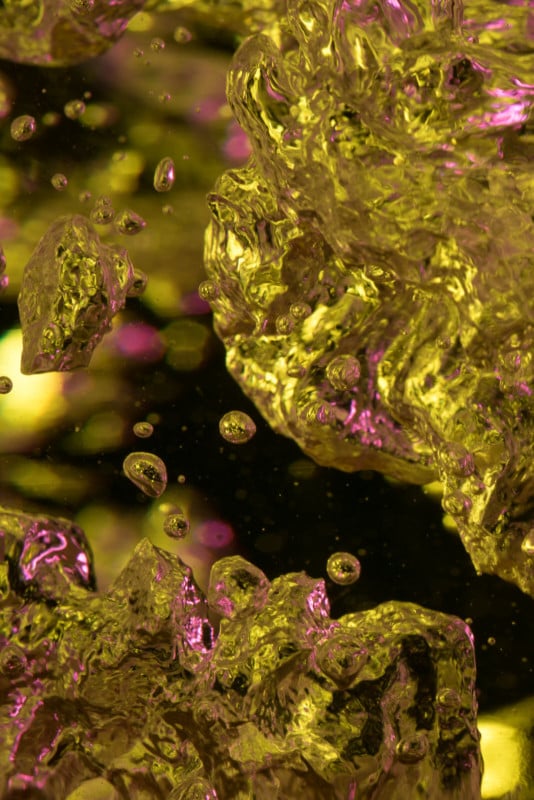 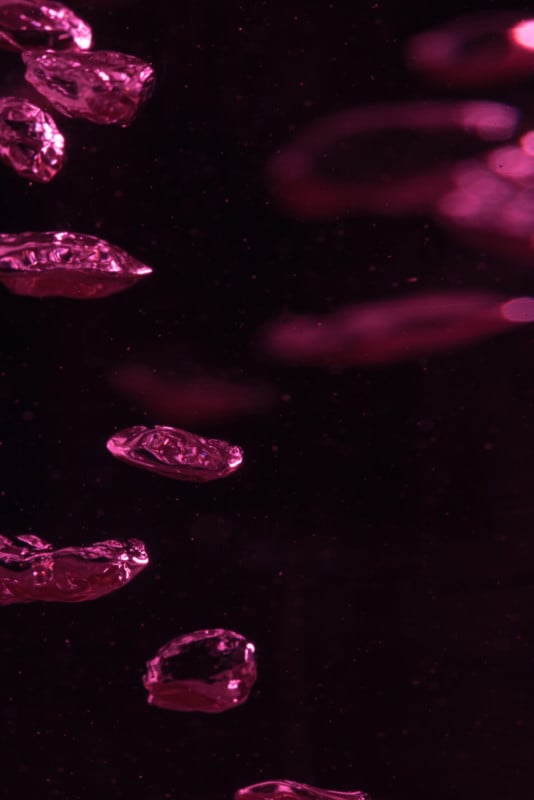 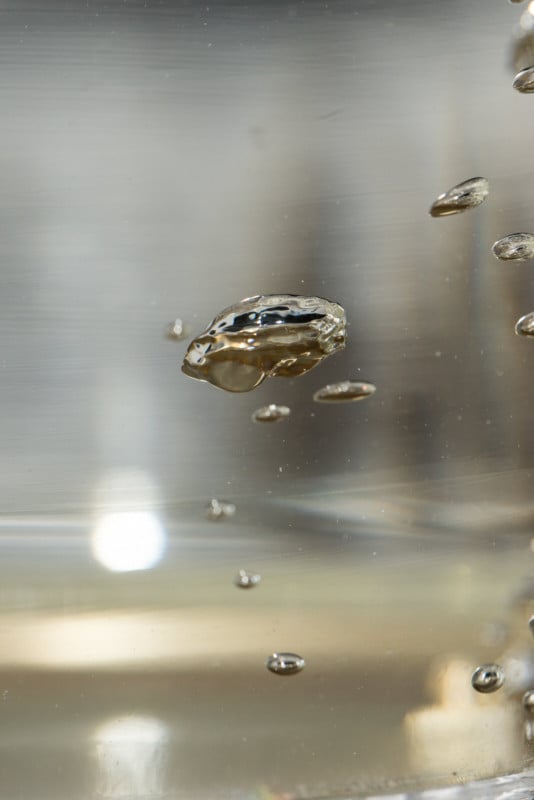 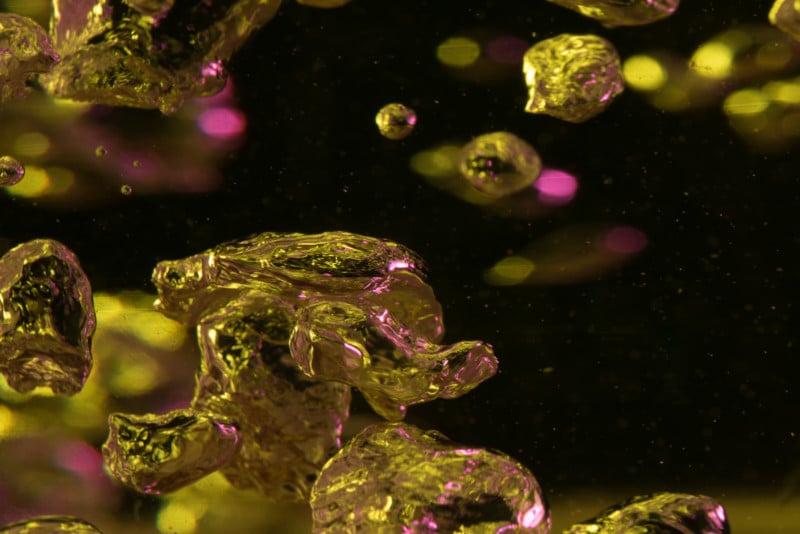 The most interesting photos seem to come at two stages: when the water is boiling the most – when it is total chaos inside that teakettle — and when it has stopped boiling and you only see small, flat bubbles rising from the bottom with some distance between them. Photographing boiling water is a fun and interesting experiment to try at home on a rainy day!

About the author: Micael Widell is a photography enthusiast based in Stockholm, Sweden. He loves photography, and runs a YouTube channel with tutorials, lens reviews and photography inspiration. You can also find him on Instagram and 500px where his username is @mwroll.

Snapseed Gets New Photo Filters and a Facelift

This Short Film Was Lit Entirely with Drone Lights