“Focus by wire” is a system found in many camera lenses these days. Here’s a 9-minute video by TheCameraStoreTV that takes a look at what “focus by wire” is and some reasons it isn’t that great.

When you’re turning that focus ring on a mirrorless lens, you’re actually sending a signal back to the camera motor telling it how to move the elements of the lens itself. Normally, you’d expect the focus ring to move those elements directly (i.e. physically).

The problem seems to be that it’s never consistent with where it focuses for a particular position on the focus ring. When you’re shooting video and pulling focus on your camera, the speed of your movement will change where the lens is focused. A slow movement will be more accurate to where you’re looking to focus, but a faster movement over the same distance will throw the focus point way off track.

It makes it really difficult to be consistent with your focusing work, and “that can be a huge problem for us,” says Chris Niccolls.

The problem runs true for stills photographers using manual focus, too. With no markings on the mirrorless lenses, you can’t see the exact focusing distance. This runs true with the LCD screen, showing a scale between a flow and some mountains – hardly useful for those looking for precision work.

You also can’t use common techniques like white tape on the lens with focus points marked on, as the focus ring’s position has “no relationship” to the actual focus point you’re aiming for.

It’s no surprise why this is where some manufacturers are heading, though. Consumers want cheaper and lighter lenses to use, and the focus by wire system adheres to this need.

“There are companies using hardware or software to help you through these issues,” says Jordan Drake. “Notably one example would be Canon with its CMOS hybrid dual-pixel AF where you can touch the areas on the screen where you want to focus, and it does nice smooth focus pulls.” 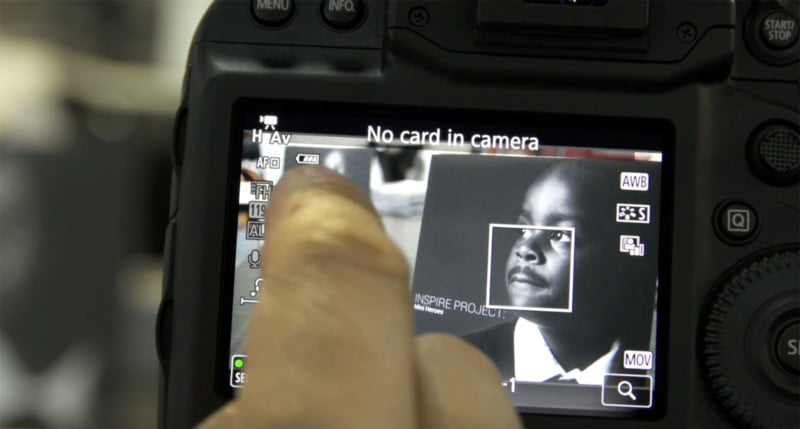 Check out the full video above for the entire discussion on the topic.