Photographers now have a number of options for full-frame camera bodies that can be had for less than $2,000, but how do they stack up? This video from The Slanted Lens compares three of them: the Sony a7 II, the Canon 6D Mark II, and a used Canon 5D Mark III. They’re all brilliant cameras, but which comes out on top in terms of quality?

The Sony is the cheapest at around $1,500 new, the Canon 6D II is $2,000, and the 5D III can be found at around $1,800 used (or $2,300 new). These cameras differ significantly in feature set, but for these tests, Jay P. Morgan and Kenneth Merrill wanted to compare the image quality in everyday situations.

The pair ran an ISO test, testing the contrast in a film noir style shoot, quality under natural lighting conditions, and finally in open shade. 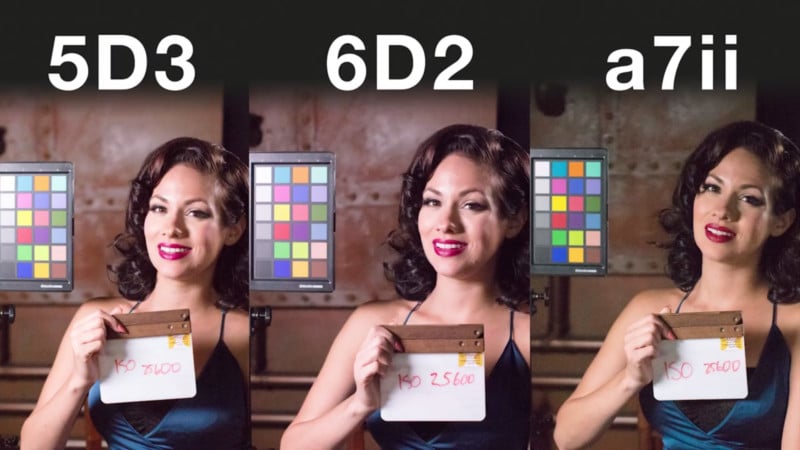 The ISO tests saw the cameras coming in pretty evenly until around the 12800 mark, where the a7 II’s exposure lagged behind notably and the images it produced contained the most noise. The 6D II was the cleanest of the lot, besting the 5D III likely because of the DIGIC 7 processor, which is 2 generations newer than that of the 5D. The 6D II looked to have stronger contrast in the film noir shoot, with the shadows appearing much darker than the other two cameras. In this and the natural light tests, the Sony has more of a yellow tint, while the 6D II held a lot of magenta, especially in the open shade tests. 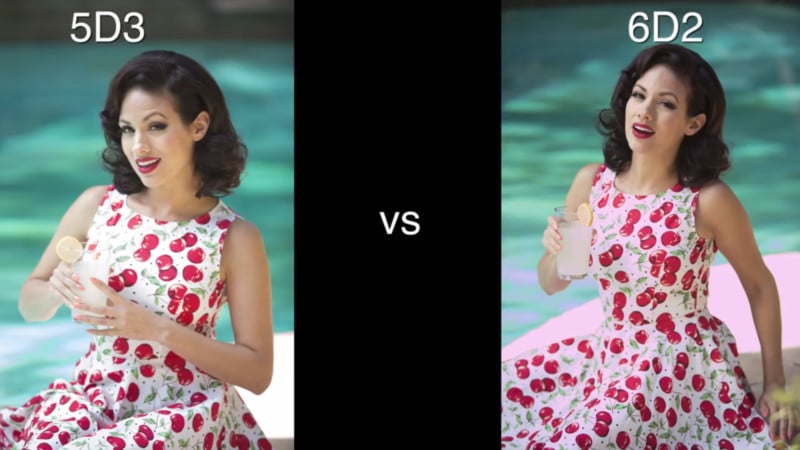 Overall, the pair concluded that the picture quality from the 3 cameras is so close that the only way to make a decision on which to buy is based on the feature set and which ecosystem you want to buy in to. As Morgan says, the Sony lineup is generally packed with features, and with the a7 II coming in at $500 less than the 6D II, it’s hard to resist. The choice is difficult, but the great news is that with a budget of $2,000 you’ll get an excellent full-frame sensor no matter which camera you choose.

It’s also important to note that Morgan omitted Nikon from the shootout, as he’s not as familiar with Nikon’s ecosystem. You can, however, find cameras like the highly-regarding Nikon D810 for under $2,000 used.

Before and After: Why Animal Shelters Need Good Photographers

I Gave My 3-Year-Old Daughter a DSLR, and Here’s What Happened