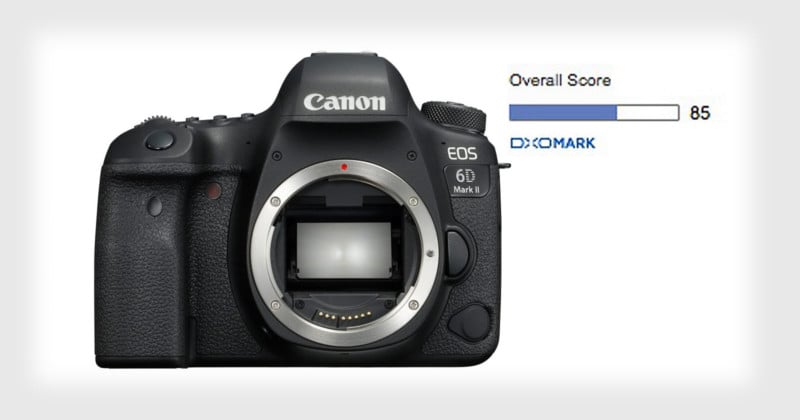 The camera gear testing lab DxOMark has just published its review of the Canon 6D Mark II. The conclusion is that the DSLR’s sensor is “very good,” but it trails behind the latest and greatest sensors by both Canon itself and the rival brands Nikon and Sony. 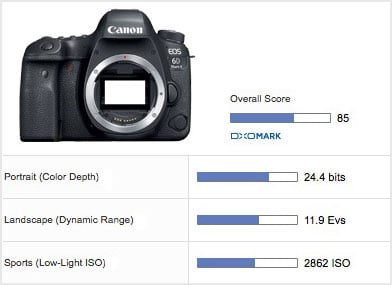 Among all camera brands and models, however, the 6D Mark II is found much lower on the leaderboard…

DxOMark notes that the 6D Mark II performs well in low light, but it’s weaker in the area of dynamic range (something that has already been reported by other testers).

“Head to head against the current full-frame semi-pro DSLR completion from Nikon and Sony, the 6D Mark II compares well for both color and ISO performance,” DxOMark writes. “It’s that lower dynamic range score which has impacted on the 6D Mark II’s overall score, however, with over 2-stops better dynamic range possible on the Nikon D750 at base ISO.

“For Landscape (Dynamic Range) its headline score of 11.9 Ev is a slight step back compared to the original 6D however, and remains off the pace compared to the best performing new sensors from both Canon, as well as its main Nikon and Sony competition.”

DxOMark concludes that the 6D Mark II packs a sensor that continues “the upward trend for Canon chips,” but its lower dynamic range at base ISO “is a concern for photographers after the best image quality in good light.” The dynamic range catches up a bit with rivals after ISO 800, though, so the camera “lends itself better to low light photography.”

This AI Tool Creates a 3D Portrait From a Single Photo

The iPhone X and Digital Lighting Will Change Photography Yet Again