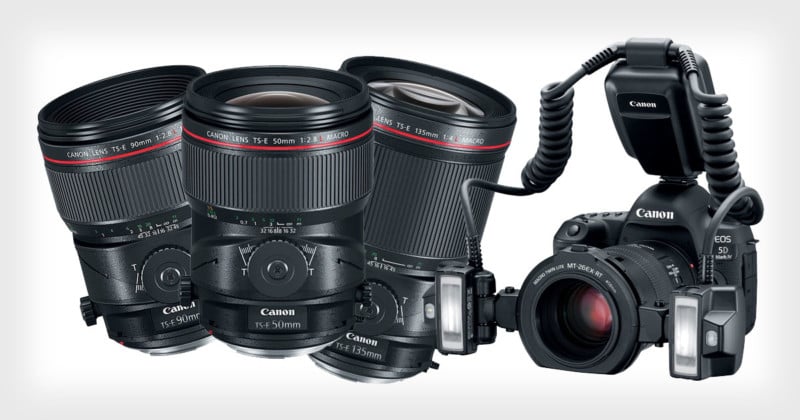 Fresh from Canon, this morning the popular camera manufacturer has unveiled a new macro twin-flash system, as well as its first macro tilt-shift lenses — and there’s three of them.

The macro twin-flash, known as the Canon Macro Twin-Lite MT-26EX-RT Flash, will “further enhance a photographer’s ability to shoot macro photos,” and is a compact flash system that will “inherit the ease of use and operability of Canon’s latest Speedlite EX series flashes.” 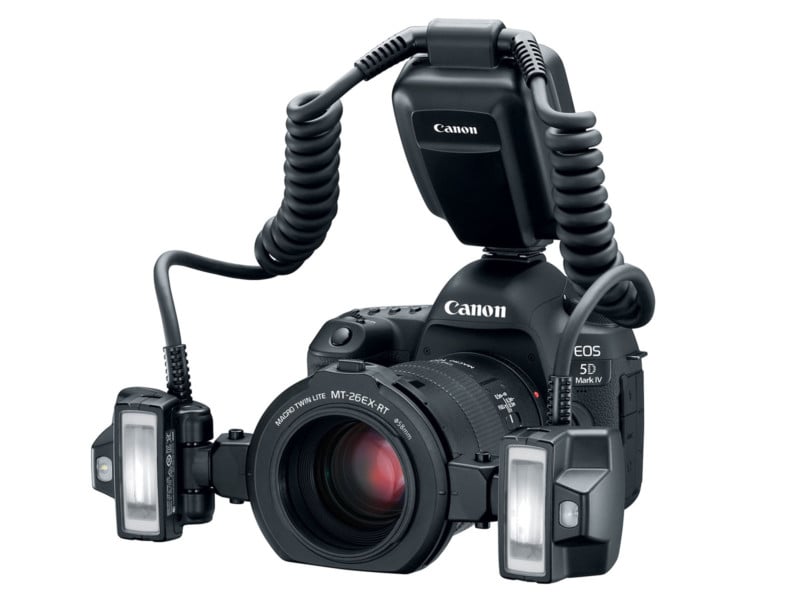 The aim of such a flash is to evenly light a subject close to the lens, with flashes from either side eliminating ugly shadows on one side. 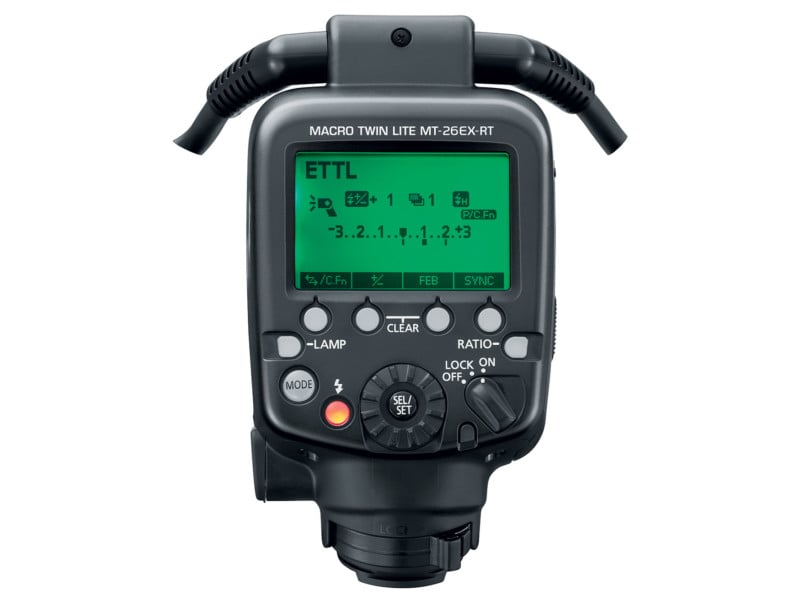 The flashes can be adjusted and moved, depending on the direction which the user wishes to aim the light. They’re detachable, can be rotated up to 60 degrees, and produce less noise during charging than previous versions. The maximum guide number, when both flashes are fired, is 85.3 ft (26 meters).

Other specs and features include 2.4GHz wireless transmission, compatibility with Canon E-TTL/E-TTL II, manual power control from 1/1 to 1/512, LED focusing lamps, a recycle time of 0.1-5.5 seconds, and high-speed sync.

Also on the market and 3 new tilt-shift lenses from Canon for macro, landscape, and portrait photographers. They have several possible applications, though, thanks to their “ability to provide enhanced creative control over perspective through the tilt function, and depth-of-field through the shift function.”

There are three new lenses available:

The lenses come with enhanced optical elements, such as molded aspherical glass and UD lenses. This is said to provide “edge-to-edge resolution and improved image quality, with minimum distortion.” SWC is said to “reduce flare and ghosting,” with the ASC coating being a new technology that “provides amazingly high, anti-reflective performance.” The latter should come into its own when stray light enters the lens, eliminating flaring. The new lenses have improved operability over the previous versions from Canon, allowing photographers to benefit from “larger tilt, shift-and-lock knobs,” as well as improved handling from a lock-release button and a new tilt-locking mechanism which will firmly lock the lens in the zero-tilt position. You can even now freely change the axis of tilt, moving from right-angles through to parallel positions with what is better adaptation to “various shooting conditions”.

Canon M100: A Mirrorless Camera for Those Graduating from Smartphones