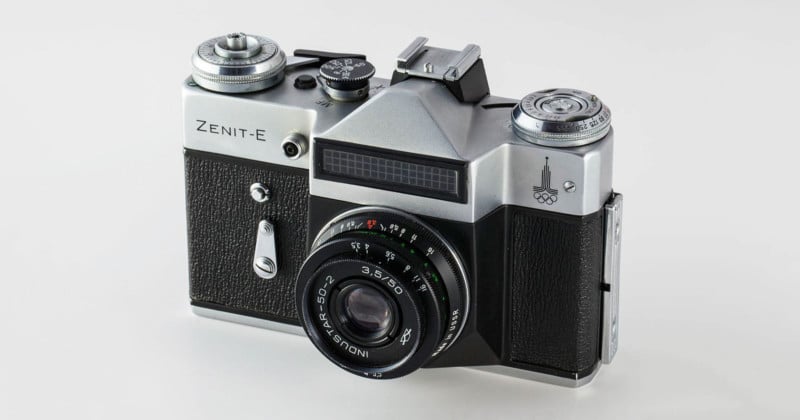 Guess who’s getting ready to jump into the mirrorless camera race? The Russian camera maker Zenit. After years of dormancy, the brand is coming back to life and will reportedly be launching a new full-frame mirrorless digital camera in 2018.

In early 2016, it was reported that Zenit would be coming back from the dead to battle Leica with a luxury camera that rivals the German brand in luxury. Perhaps it’s planning to do so with a brand new full frame mirrorless body.

Photo Rumors reports that the director of Zenit’s Krasnogorsk Mechanical Plant recently spoke about the upcoming camera to a Russian radio station.

“We plan to revive the direction of production of digital photographic equipment and consider the option of industrial cooperation, since competence on the component base in the country is currently absent,” says a man named Sergeyev, according to the RNS Information Agency. “We have a close cooperation project with one of the leading photographic equipment companies in order to create a joint product, where KMZ is involved in manufacturing infrastructure for the production of optics for these cameras. And electronics will be manufactured abroad.”

There’s no word on who this “leading photographic equipment company” is, but Zenit will be leaning on another brand’s manufacturing prowess.

“It will be modernized, but the characteristic contours, ergonomics, camera lines will be integrated into it,” the director continues. “It will be a full-frame, mirrorless digital camera.”

The camera will also be released in two color options (dark and light) and will feature leather styling with high-quality finishing materials. The director also notes the upcoming Zenit camera will be “more expensive than a good smartphone.”

This pricing detail suggests that this full frame mirrorless camera might be a different model than the Leica competitor since Leica’s M series cameras cost much more than “a good smartphone.”

Zenit stopped manufacturing its film cameras in 2004 and disappeared for years. In addition to the upcoming camera, the company is also dabbling with lenses, including a Zenitar 50mm f/0.95 lens for Sony’s E mount.

Ep. 204: Why It Might Be Pointless to Watermark Your Photos – and more

Portraits of the Overlooked Black Dogs at Animal Shelters