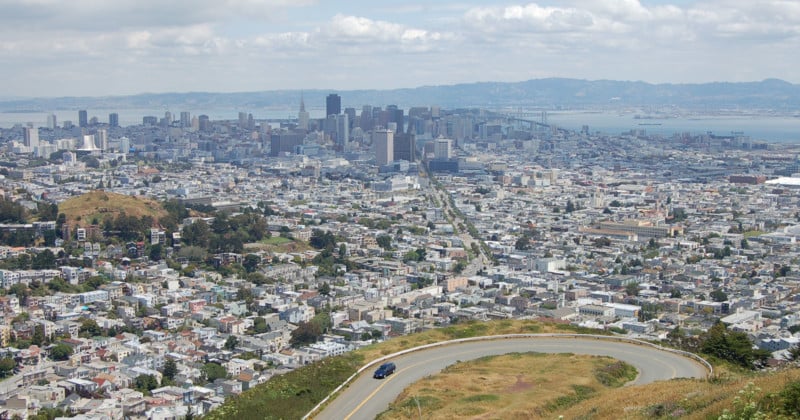 Violent criminals are still targeting photographers in San Francisco for their valuable camera equipment, and the latest victim is a 71-year-old photographer who was shot and killed this past weekend at a popular tourist spot by two robbers who stole his camera.

SFGate reports that 71-year-old photographer Edward French was at the scenic Twin Peaks viewpoint overlooking the city on Sunday morning at about 7:50am when he was approached by a young man and woman. The duo shot French, took his camera, and drove away in a dark gray Honda Accord.

A nearby jogger heard the gunshot and found the photographer bleeding from a gunshot wound near his car at the main parking lot. French was then taken by paramedics to a hospital, where he was pronounced dead.

French was well-known in the film industry for his work as a location scout, and he may have been shooting scouting photos on the morning he was killed.

There have recently been “several brazen robberies at the sightseeing spot involving tourists and photographers,” SFGate writes, including the July 1st robbery of three people’s cameras and lenses at gunpoint at the same location. “The crimes often go unsolved.”

Two professional photographers in San Francisco were robbed of over $7,000 in high-end camera gear in broad daylight in August 2015. And back in 2013, there was a string of robberies that targeted Bay Area photojournalists.

Don’t Buy the Sigma 14mm f/1.8 for Astrophotography: How to Get Better Photos for Less Money